20 Things You Didn’t Know About... Stress

How a broken heart can really break your heart, violent games can ease your stress, and the lowest-stress job around.

1  Think about money, work, economic outlook, family, and relationships. Feeling anxious? In a 2010 American Psychological Association survey [pdf], those five factors were the most often cited sources of stress for Americans. 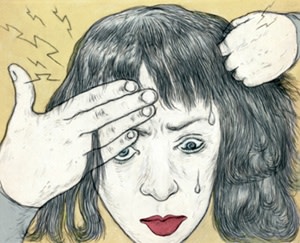 3  And stress can literally break your heart. Takotsubo cardiomyopathy, or “broken heart syndrome,” occurs when the bottom of the heart balloons into the shape of a pot (a tako-tsubo) used in Japan to trap octopus. It’s caused when grief or another extreme stressor makes stress hormones flood the heart.

4  The hormone cortisol﻿ is responsible for a lot of these ill effects. Elevated cortisol gives us a short-term boost but also suppresses the immune system, elevates blood sugar, and impedes bone formation.

5  Even the next generation pays a price: Researchers at the University of California, San Francisco, find an association between high cortisol in mothers during late pregnancy and lower IQs in their children at age 7.

6  Stress during pregnancy has also been linked to offspring with autism.

7  But enough stressing! One way to relax: a career of mild obsolescence. Surveying 200 professions, the site CareerCast.com rated bookbinder the least stressful job of 2011. (Most stressful: firefighter and airline pilot.)

10  Lesson: Landing a 737 at Coleman Young International Airport is not a good way to unwind.

11  Can’t relocate? Perhaps you should take up violent video games. Researchers at Texas A&M International University gave 103 subjects frustrating tasks, then asked them to play [pdf]. Among subjects with a history of violent gaming, the fake mayhem of Hitman: Blood Money and Call of Duty 2 did a great job of easing stress.

12  You might also try eating your veggies. Yale researchers reported in the journal Military Medicine that after survival training, “carbohydrate administration”—eating complex carbs like those in carrots and potatoes—boosted soldiers’ cognitive functioning.

13  No such luck with the simple carbs in cake and cookies, alas.

14  And watch what you don’t eat. Neuro­scientists at the University of Pennsylvania fattened up mice for four weeks, then abruptly cut their caloric intake. When exposed to stress, the animals responded with more depression- and anxiety-like behaviors than did their nondieting peers.

15  One of the mouse stressors that the Penn scientists used: being hung by the tail for six minutes.

16  Over at Louisiana State University, rats were subjected to unpredictable foot shocks and then allowed to self-administer intravenous doses of cocaine. They used more once the stress started. Who could blame them?

17  Addled brain syndrome: Scientists at the University of Minho in Portugal and the U.S. National Institutes of Health found that chronically stressed lab rats respond habitually and ineffectively to stimuli. Trained to press a lever to receive a treat, the rats kept pressing even after they’d been fed.

18  The stressed rats’ brains showed shrunken neurons in the dorsomedial striatum (an area associated with goal-directed behavior) and growth in the dorsolateral striatum (related to habitual behavior).

19  The results suggest that people, too, get locked into rote behavior by stress. Sure enough, other studies ﻿show that the primate hippocampus—central to learning and memory—is damaged by long-term exposure to cortisol.

20  Still, do you ever get the feeling that some scientists are just taking out their stress on lab rats?