He explains the psychology behind the current financial meltdown—and how we can overcome our dark side. 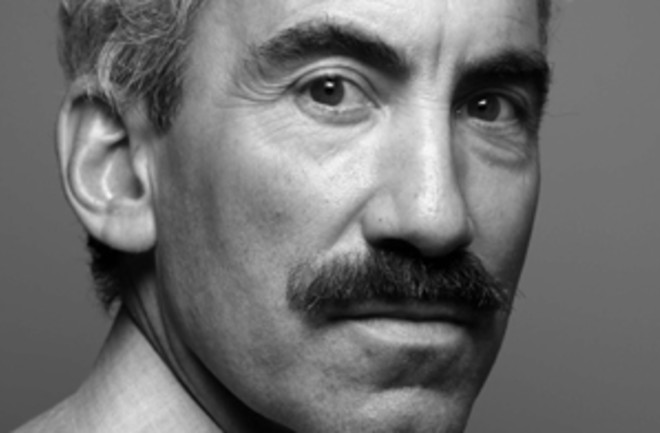 Classical economics is based on the premise that people act rationally, making logical decisions about how and why they spend their money. But a year that brought economic panic and the worst downturn since the Great Depression showed how wrong that assumption can be. Often we are self-defeating, irrational, and just plain foolish. More complete explanations of why people act the way they do are provided by behavioral economics, an emerging field that incorporates insights from cognitive and social psychology and neuroscience. George Loewenstein, Herbert A. Simon Professor of Economics and Psychology at Carnegie Mellon University and a leader in this field, spoke to DISCOVER about why smart people sometimes act so dumb.

Is the central insight of behavioral economics that people don’t always act in their own best interest? Absolutely. Behavioral economics provides a framework for explaining why people behave in a self-destructive fashion. It’s more realistic about human behavior.

The economic collapse was in part precipitated by people taking on mortgages they couldn’t afford. They stood to lose a lot of money. What makes people do that? It points to a very important property of the human brain: We are not dispassionate information processors. If we want to believe something, we’re amazingly adept at persuading ourselves that what we want to believe is true. People thought housing prices would always rise. That’s particularly amazing because in the 1990s we had a stock market bubble and bust, and during the bubble, commentators had been saying that the old rules of stock valuation don’t apply. Less than 10 years later, people became convinced again that an asset—in this case, housing—would indefinitely go up in value, and commentators were again saying the old rules don’t apply. That tells you about the failure to generalize. Another part of the explanation has to do with a kind of herd mentality. There is an instinctual feeling of safety in numbers.

Why don’t we perceive these kinds of looming problems? Our fear system evolved to deal with immediate threats. It’s not very good at dealing with gradually unfolding threats, like inflating market bubbles or global climate change. The smiling Bernie Madoff doesn’t seem scary, even though he should. He’s giving impossible returns year after year, but it’s not the kind of thing that triggers fear.

Why are some people far more likely than others to buy into a bubble? Pessimists take longer to get persuaded that there really is a boom. Some sit out the whole boom-and-bust cycle and feel relieved at the end, but others capitulate at a late stage, with results that reinforce their pessimism. Another part of the answer lies in differences in tastes for taking risks. Some people can’t sleep at night if they take on too much real estate debt. Others seem utterly undisturbed by financial risk or even thrive on it.

Why do people charge things they can’t pay off? Credit cards have pernicious psychological properties. It doesn’t feel like you’re spending money. You’re just swiping the card; you’re not giving anything up. In research with Stanford psychologist Brian Knutson; Scott Rick, now at the University of Michigan business school; and others, we scanned people’s brains and saw that regions responsible for feeling pain activate when people confront prices they feel are too high. When we use a credit card, it anesthetizes the pain of paying because it doesn’t feel like we’re spending money. Another nasty feature of credit cards is that it doesn’t feel like you are taking on debt, because there’s always the possibility of paying it off at the end of the month. How many people who end the year with $1,000 of revolving debt on their card would have agreed to take out a $1,000 loan to fund miscellaneous purchases? Very few.

Some say high executive pay is needed to stimulate top performance, but you found something very different. Our belief was that very high levels of executive compensation couldn’t be justified on a motivational basis. We gave subjects seven different tasks, some of which were simple but effort-dependent, like adding strings of numbers. For mundane tasks, high incentives motivate people in an almost unlimited fashion. But with tasks that require creative solutions, as well as with athletic endeavors, people actually started to do badly when compensation was increased.

When stakes are high, the brain tends to narrow its focus. This impairs performance on the types of creative tasks that involve expansive thinking, such as drawing novel connections between disparate things. People can also become too focused on how much money they stand to gain or lose, to the detriment of focusing on the task itself.

But shouldn’t we reward ambition—the “greed is good” argument? We view greed as a form of desperation. Hypermotivation, we call it. Greed is actually the antithesis of self-interest, because you’re so motivated to achieve some goal that you do it at the expense of other things that might be more important to you: values you cherish or your own long-term self-interest.

We think that the reason is a phenomenon called loss aversion. In a lot of competitive situations, people look at others whom they perceive to be at a higher level, which forms their reference. They feel themselves to be in the domain of losses, and they are desperate to get out. Much cheating, it seems, occurs not because people just want more but because they feel “in a hole” that they can get out of only by cheating.

How can we outwit our own self-destructive tendencies? n the last several years, behavioral economics has started to offer solutions for a wide range of problems: obesity, addiction, failure to take medications, even global climate change. People are very shortsighted; they have what behavioral economists call “present bias preference.” Nowadays there are a lot of wellness programs in which people are incentivized to engage in exercise and other healthy behaviors. Small incentives can have a large impact on behavior if they are immediate, because they play on present bias preferences.

Or take what is called the default effect: People tend to be lazy decision makers, taking the path of least resistance. And defaults are often unhealthy: At McDonald’s, for example, if you order a combo meal, the default includes a soda. We did field research at a fast-food restaurant showing that if you make the healthy options just slightly more convenient—for example, with an “express menu” that has healthy options but requires turning the page to see the full menu—you can get people to eat more healthily. You can use laziness to help people.

More From Discover
Mind
How Language Shapes Our Understanding of Reality
Mind
This Is Your Brain Without Sleep
Mind
What Foods Can Give You Nightmares?
Mind
What Happens When Scientists Put a Human Intelligence Gene Into a Monkey?
Mind
Why We Are Fascinated With Serial Killers
Mind
Nostalgia and Thinking About the Future Can Be Good For You
Recommendations From Our Store
My Science ShopDiscover STEM Kits
My Science ShopDiscover 2022 Calendar
My Science ShopStrange Science
My Science ShopElements Flashcards
Shop Now
Stay Curious
Join
Our List