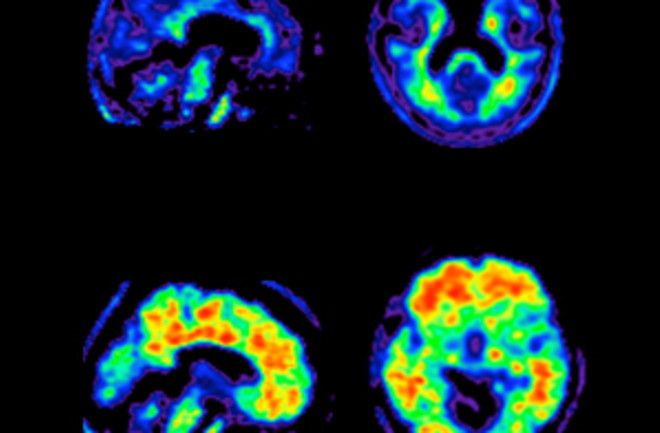 Part of what makes Alz­heim­er’s disease so pernicious is its stealth. Traditionally, it could be identified with certainty only by an autopsy. That changed last year, when researchers used two tools to diagnose the disease with nearly 100 percent accuracy in living subjects, a feat that might ultimately allow patients to seek drug treatment before their condition becomes too advanced.

In the first method, doctors inject a radioactive dye that binds to amyloid plaque, a damaging protein that accumulates in patients’ brains and is the hallmark of the disease; then they detect the dye with a pet scan of the brain. Last summer researchers at Avid Radiopharmaceuticals in Philadelphia used the technique to identify 34 of 35 Alzheimer’s patients, as later confirmed by autopsy. Given that 20 percent of people currently diagnosed with Alzheimer’s turn out to be suffering from something else—notably depression, B12 deficiency, Parkinson’s dementia, or vascular disease characterized by miniature strokes—this is a huge advance.

In the second technique, physicians insert a syringe into the spinal column, withdraw cerebrospinal fluid, and analyze it for the presence of amyloid and another disease-related protein known as tau. The method was confirmed in August, when University of Pennsylvania scientists found the markers in 90 percent of cognitively impaired patients with the disease.

Neurologist David Holtzman of Washington University School of Medicine in St. Louis believes the tools will initiate a much needed revamping of Alzheimer’s drug trials, which currently focus on subjects already exhibiting signs of the disease. “Plaque formation tends to begin 10 to 15 years prior to any cognitive signs. If we’re going to make a major impact, we have to treat the patient early. Once the symptoms show, the damage is probably irreversible,” Holtzman says.

“Treatments already in place might work if used for prevention instead of the later stages of disease,” Holtzman continues. “Now the challenge is to design experimental studies using biomarkers in cognitively normal people to determine who can really benefit from the drugs.”

To aid the afflicted, new drugs are also in the works. One of the most promising ideas comes from Nobel laureate Paul Greengard of Rockefeller University in New York City, who discovered an enzyme that spurs neurons to make the destructive amyloid plaque. Drugs that disrupt the enzyme, his animal studies suggest, could prevent Alzheimer’s with less risk of unwanted side effects—an approach that he expects to begin testing in human trials within three years. If all goes well (a big if in Alzheimer’s research), a therapy targeting the enzyme could be available to patients in less than a decade.

“Successful drug development, imaging, and biomarkers go hand in hand,” says neurology researcher Michael Wolfe of Brigham and Women’s Hospital and Harvard Medical School. “These diagnostic tools are a major step forward. Finally people are being identified earlier and the right people are being selected for clinical trials to effectively test these drugs.”