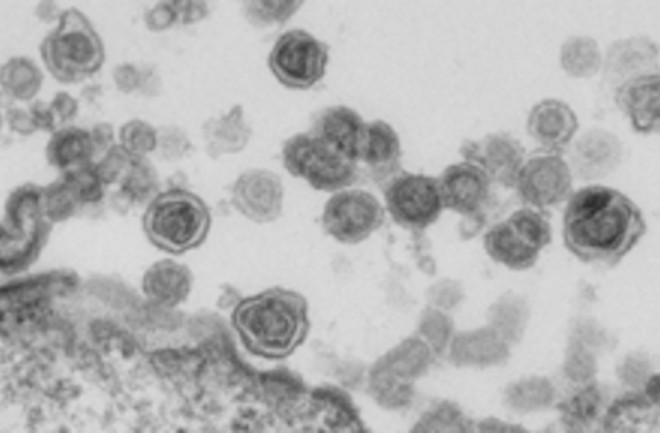 Sufferers of the baffling ailment known as chronic fatigue syndrome, take hope: For the first time, there's good evidence that the symptoms aren't just in your head, and experimental treatments may be coming soon. Over the past few decades, the syndrome has been a source of intense frustration both to patients diagnosed with it and doctors who try to treat it. The diffuse collection of symptoms can include incapacitating fatigue, muscle aches, headaches, problems with concentration. Doctors, meanwhile, have been mystified by the cause of the symptoms, and some have suggested that it's a psychiatric problem, leading to the coining of the dismissive label "yuppie flu." Now, researchers report

that 68 of 101 patients with the syndrome, or 67 percent, were infected with an infectious virus, xenotropic murine leukemia virus-related virus, or XMRV. By contrast, only 3.7 percent of 218 healthy people were infected. Continuing work after the paper was published has found the virus in nearly 98 percent of about 300 patients with the syndrome, said Dr. Judy A. Mikovits, the lead author of the paper [The New York Times].

While it hasn't been proven that the virus causes the syndrome, the link opens new avenues of research and treatment. The study, published in Science, notes that XMRV is a retrovirus,

like the HIV virus that causes AIDS. As with all viruses, a retrovirus copies its genetic code into the DNA of its host but uses RNA -- a working form of DNA -- instead of using DNA to do so [Reuters].

Only last month, the same retrovirus was found in men with aggressive forms of prostate cancer. The XMRV retrovirus was discovered in the blood-borne immune cells of the patients with chronic fatigue syndrome; Mikovits says she has a "gut feeling" that it's the cause of the disease, but acknowledges that it's too soon to say. XMRV could also be a relatively harmless "passenger virus" that simply takes hold in people with suppressed immune systems, or it could be

a pathogen that acts in concert with other viruses that have been implicated in the disorder by previous research [Reuters].

One of the next steps is to experiment with treatments.

Mikovits said she and her colleagues were drawing up plans to test antiretroviral drugs — some of the same ones used to treat HIV infection — to see whether they could help patients with chronic fatigue. If the drugs work, that will help prove that the virus is causing the illness [The New York Times].

Regardless of what researchers ultimately determine about the syndrome's etiology, the findings are definitely good news for those diagnosed with the ailment, Mikovits says.

"I can't wait to be able to tell my patients," says Mikovits.... "It's going to knock their socks off. They've had such a stigma. People have just assumed they were just complainers who didn't handle stress well" [Nature News].