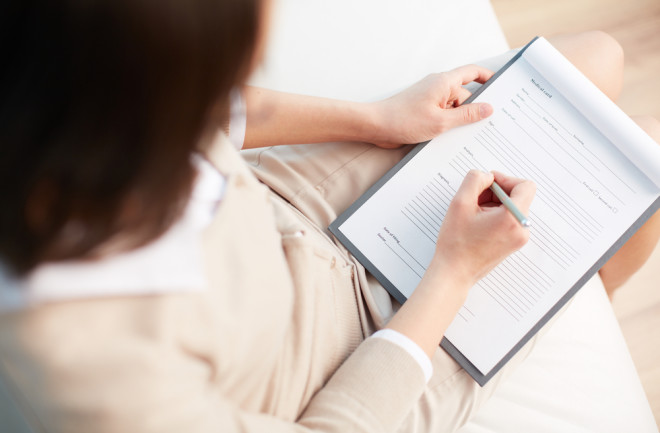 (Credit: Shutterstock) You know when you’re filling out your medical paperwork and it asks for your emergency contact? Sure, the process might be annoying, but that emergency contact could actually be put to good use by researchers. Since many of us use a family member, those contacts can help scientists create family trees. And they can also be used for genetics and disease research, according to a study released Thursday in Cell. Discovering what diseases are inheritable can be a laborious and expensive process — patients must be recruited and researchers must clearly determine patients' phenotypes (physical traits that include eye color, height, and overall health and are often influenced by your genes). To make that process easier researchers from three major New York medical centers generated family trees from millions of electronic medical records to create a database.This is the first time electronic health records have been used to trace ancestry and it's the largest study of heritability using such records.

The More You Know

The researchers identified 7.4 million relatives with an algorithm that matched names, addresses and phone numbers from three medical centers. They found 500 inheritable phenotypes in the data just by looking at test results and observations in health records. The traits included diseases affecting skin, blood and mental health. The data can help determine the heritability level of many common diseases. For example, researchers found that having an increase of HDL (good) cholesterol is 50 percent heritable, while LDL (bad) cholesterol is only 25 percent heritable. The study’s findings were consistent across the participating medical centers and published studies. Previous heritability research primarily documented Caucasians of northern European descent, according to the study’s first author Fernanda Polubriaginof, but this research is much broader. "This dataset will allow us for the first time to compute whether there are differences in other races and ethnicities," said Polubriaginof in a news release. Future studies could look at medical records for the hereditary contribution of any trait. Due to privacy issues, patient identifiers were removed for the data, which can only be used for research at the moment. Though, with patient consent, emergency contacts could be put to important use in the future.