Your Birth Month Influences Your Risk for Diseases 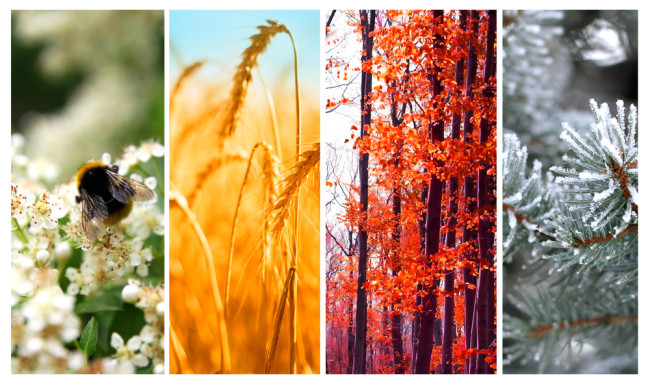 Your Zodiac symbol and birthstone aren’t the only things decided by your birth date: The day you entered this world may also predict your chances of developing ailments like asthma or heart disease. That’s the conclusion from data scientists who mined a trove of electronic heath data to determine whether a person’s lifetime risk for disease is linked to their birth month. By the looks of their findings, fall babies tend to develop more diseases than babies born any other time of the year.

Researchers used electronic health data from Columbia University Medical Center in New York that included 1,749,400 individuals born between 1900 and 2000. They extracted the individuals' birth month as well as the list of conditions they were diagnosed with in their lifetimes. For better results, researchers only analyzed medical conditions that 1,000 or more people from their sample were diagnosed with or treated for. They found that 55 diseases were significantly linked to birth month. Babies born from September to November were at the highest risk to develop the widest variety of diseases. Babies born in fall, the analysis shows, have a higher chance of developing ADHD, viral infections, and respiratory diseases like asthma. These findings gelled with other studies, as well. On the other hand, winter babies, born in January through March, are far more likely to develop heart disease than babies born in other months. Interestingly, the exact opposite is true for fall babies; the results indicated that babies born in fall were actually protected against heart disease. If your birthday falls somewhere between May and August, be sure to toast your good health; that’s because your birth month isn’t correlated with a heightened risk for any disease. 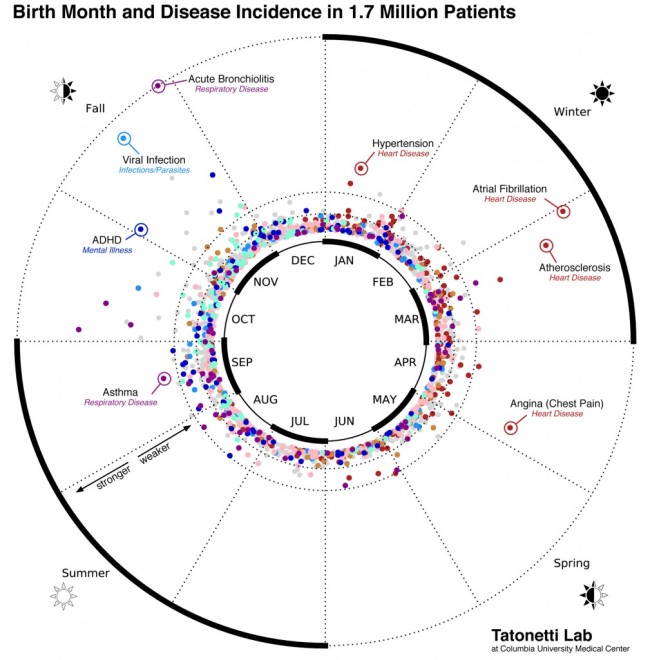 In all, researchers identified 16 diseases that were never before associated with birth month, and they also confirmed results from past studies. In the study, researchers controlled for sex differences and birth month distributions and used multiplicity correction to verify there was indeed a significant association. If you’d like to take a deeper dive into the numbers, the study was published Tuesday in the Journal of the American Medical Association (pdf).

Why would this seasonal effect exist? The link between asthma and fall babies, past studies have shown, may have something to do with babies’ heightened exposure to indoor dust mites as people retreat indoors for the upcoming winter. Past studies have also shown that heart disease may be more prevalent in winter babies due to an early-life vitamin D deficiency (which our bodies produce with sun exposure). The results of this study should be interpreted carefully, researchers said. For one, the study only examined data collected from one hospital in New York City; therefore, health data may be skewed due to New York’s climate. Furthermore, sick patients tend to be overrepresented in electronic health records, because, well, they are visiting the doctor more often. Still, the study is a fascinating look at how the seasons we are exposed to early in life might play a role in our future health, and could encourage other researchers to dig deeper and uncover the mechanism behind these trends.