Yes we should (prenatal sequencing) 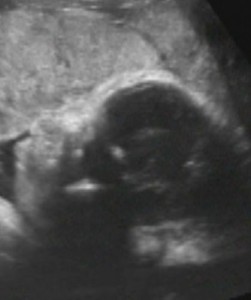 Obsession. I've been obsessed with many things in my life, from specific women to sundry topics. But I've never known obsession until I had a child. Perhaps others are not like me, but the monomaniacal need to know as much as you can about your future child as soon as possible gripped me early on. Even today I want to know as much about her as I can. This is why I had her genotyped at two months, and this is why I plan to have her whole-genome sequenced as soon as it is feasible. This doesn't mean that I put much stock in the power of individual prediction. Rather, even if the returns are marginal even the smallest tidbit of knowledge about my child is precious to me. This is why I'm left scratching my head when I see pieces which moot concerns about whole-genome sequencing of fetuses. Obviously some people will go for it, and some people will not. It won't be very cheap, nor will it frankly tell you that much on a per base pair basis as a function of the cost. But it will tell you something, and depending on the coverage (ergo, how accurate the sequence is going to be at the end of the day) you keep the information you get. Imagine, for example, that it would cost $5,000 for 10X coverage. Would you go for it? I would. Why? How much does the average American car cost? $30,000 dollars. A car is very useful, but it's a depreciating asset. A genome will never depreciate, it won't degrade. In fact, as more research gets done its utility will only increase! If people are willing to pay >$5,000 for a high end gaming box, and not be perceived as crazy, why should genophiles be seen to be wild-eyed weirdos? Of course the natural objection is that I'm discussing a problem which doesn't exist. I wish this were so, but there's a whole bioethics industry whose bread & butter is to trade in flimsy and specious reasoning, which might appeal to politicians who are will to purchase specious reasoning for purposes of their demagoguery. For example, As Prices for Prenatal Genome Sequencing Tests Fall, Researchers Worry About Consequences for Families in a Real-Life 'Gattaca':

Donley and her fellow investigators cited three specific areas of concern. The quality and quantity of information in existence, and the changing definition of "normal", may lead to an increase in the number of pregnancy terminations. They also worry that, after the child is born, genome sequencing could have implications on raising children. For example, if parents are already aware from the time of their child's birth of little Billy's predicted low IQ score, it may cause them not to push him to do well in school, even if the prediction is incorrect. Donley and her team also point out that a parent's right to know in order to better inform their reproductive choices may conflict with children's rights to not know. But researchers also point out that genome sequencing would be futile for a while. For 90 percent of genes their function remains unclear, so sequencing would be unclear and of relatively little use. Researchers believe that

, in the present tense, specialized genetic testing, like the kind currently in use, would hold more utility for future parents than genome testing.

The National Institute of Health fellows suggest that doctors elaborate a plan about just what kind of information may be given to parents. They also say that the child's right to not know should not be breached, except in special circumstances. Professional societies, like the American Medical Association, should coach the public on the difference between genome tests and current genetic testing. And, of course, they say that more data is needed to coach both professional organizations and the public.

First, the main issue I always have in regards to "the children" is the context is that we as a society give broad liberties to parents to behave bizarrely and thoroughly embarrass, mortify, and "fuck up" the lives of their children. Some parents even tell their daughters that they're "dirty sluts" and they should stay away from boys, lest they tempt them. Other subcultures expel young boys to make polygamy feasible. Of course bioethicists need something to do, and we're not going to solve all the world's problems by ignoring genomics. But a lot of the "concerns" just make me laugh, they're so picayune and vague. The child might know something which might not be totally "true"! It's all terrifying, in a verbose academic sort of way. As for phenotypic prediction, who exactly are these parents who won't invest in a child who may have difficulties? Sure, they exist, but I'm pretty sure they're not the ones who will pony up for prenatal sequencing! Rather than not investing in a child a natural weakness in one domain may actually be a reason to invest more in that child! Yes, some parents do "think of the children." Most parents who are involved and learn their child has a learning disability don't give up on the child. They try proactively allow that child to overcome their extra barrier. Finally, who does the AMA think they're going to be fooling? Oh yeah, they'll explain the difference between a whole-genome sequence and just using a SNP-chip. Most doctors don't have the time or inclination for this sort of thing. That's why there are genetic counselors. And since most people are not too bright some level of paternalism is perhaps warranted, but this is information we're talking about, not cyanide. I think the threshold for paternalism when it comes to an individual's own information, or that of their children, should be set very high. Here what they are implicitly suggesting is that a priestly class of information librarians should dole out their nuggets of wisdom when they think it is prudent. Reflect on that. You can find original paper which the piece above was based on online, Prenatal Whole Genome Sequencing - Just Because We Can, Should We?. Frankly a lot of it is anodyne concern about public health confusions. I would say that where the authors focus on "trained professionals" I would put the onus on more sophisticated automatic analytics. There's going to be lots of money to be made on mass-marketed genetic interpretation software, and for the truly well-off I'm sure firms such as 23andMe would be willing to provide the services of a professional statistical geneticist who would be able to do a deeper consultation. Since the authors are so scared of how ignorant the public is one obvious solution would be to make parents take a test as to their scientific knowledge in this domain. I have more confidence in my own abilities to interpret my genetic data than any licensed professional who would be there to collect hundreds of dollars per hour to explain my results to me (I'm sure I'm not the only one a little irritated when my M.D. alludes to some genetic issue, allows me to elucidate in more detail, and then collects the fee from the insurance company for listening to me). This way you'd have a paternalistic track and a non-paternalistic track. Mind you, when it comes to information I don't think this sort of paternalism does any good, but this may be an option that we have to fall back on. Then there's the concern about genetic determinism and free will. Here's some relevant passages:

Wilfond and Kathleen Nolan call extemporaneous, where the independent market, professional practice, and legal and consumer forces determine utilization. Conversely, in the evidentiary model, new technologies are adopted after an examination of the underlying normative considerations that arise from their use

It is clear they prefer the "evidentiary" model. This does not make me happy. I am a priestless person, and I decide what my norms are. I don't take kindly to a reemergence of medical paternalism in the 21st century, where the professionals you are paying decide what is, and isn't, right for you, sometimes behind your veil of ignorance. Then there's this section:

We are concerned that the technology could (1) change the norms and expectations of pregnancy in ways that complicate parental autonomy and informed decision-making, (2) exacerbate the deleterious role that genetic determinism plays in child rearing, and (3) undermine children's future autonomy by removing the option of not knowing their genetic information without appropriate justification.

Abortion is a totally different debate, and I'm confused and irritated that they're trying to bring this into the prenatal sequencing discussion. Of course that's bound to rile people up, though perhaps that's the intent. Second, we don't have enough genetic determinism in our culture! Actually, "genetic determinism" is a word like "anti-choice" or "pro-abortion." People who believe in the power of genes to shape outcomes are rarely determinist, rather, that's a term of aspersion which critics make recourse to. As Steven Pinker has noted if you say that half the variation of the trait is genetic, you will be called a determinist, even if it is obvious that the other half is non-genetic (this has happened to me). I subscribe to the philosophy implied from The Nurture Assumption and Selfish Reasons to Have Kids. Micromanaging the environment of your child is unlikely to have longer term effects, so you should relax a little. As for the free will aspect, are we back to St. Augustine and Pelagius? Is this really appropriate for a discussion in bioethics? I hope this journal has a decent impact factor to justify such a strange tack. In the end it is simple: be very careful when you suggest that the free choice of parents should be curtailed for the 'greater good.' There are cases where this does need to occur, but you better have strong grounds to stand on, because I'm apt to be vicious if you get between me and my obsessions. This isn't child's play, this is my child. Via Dr. Daniel MacArthur.