A new study links coffee intake and breast size, but take a closer look before throwing out your coffee maker. 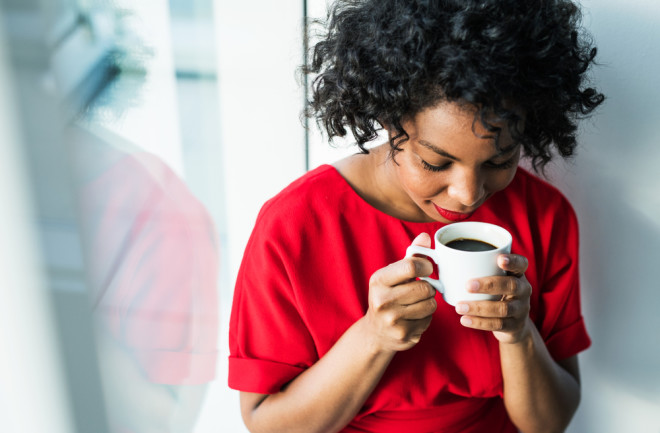 Female coffee drinkers beware: that Pumpkin Spice Latte might shrink your breasts. Or so you would think, if you scanned the headlines last week.

A new study in the British Journal of Cancer has incited mass hysteria over a tenuous link between coffee intake and breast size. The Telegraph warns: “Drinking Too Much Coffee Could Shrink Women’s Breasts,” while UPI throws in a pun: “Study: Cups of Java Cut Cup Size.”But the best comes from the New York Post: “Women Face Drink & Shrink Dilemma, Coffee Poses a Booby Trap.”

But before you pour that cup of coffee down the sink (or “accidentally” spill it on your busty archnemesis) let’s take a closer look at that study:

Researchers from Sweden recruited 269 women (average age was 29) to have their breast size measured and to answer a questionnaire about coffee intake and other lifestyle choices. All the women were from families at high risk for breast cancer and about half carried a gene, CYP1A2*1F, that is associated with breast cancer.

Essentially, the researchers were studying the relationship between CYP1A2*1F, breast size, and coffee intake. The gene is known to control the metabolism of the hormone estrogen as well as certain chemicals found in coffee; it’s also been linked to higher breast density and thus higher breast cancer risk.

This is what they found:

The researchers do not have an explanation for the correlation between coffee and breast size. They only conclude that because coffee was correlated with smaller breast size, it supports earlier studies that suggest coffee protects against breast cancer. But just about all the media accounts gloss over the genetic element and focus on cleavage shrinkage.

Much of the problem lies in the use of the word “shrink” (which appears nowhere in the paper itself) to suggest that breasts will actually inflate and deflate based on coffee intake. As the NSF points out, this was a cross-sectional study that took data from one point in time and “because such a study doesn’t look at time trends, it can’t establish what causes what.”

Though the researchers controlled for some factors such as smoking and BMI, there are many others that could’ve affected the results. It’s likely that a woman who drinks 3+ cups of coffee a day would have a different lifestyle than a woman who doesn’t drink coffee. The researchers also point out that breast volume is not the same as breast density, but they chose to measure breast volume because it was easier. And how did they measure breast volume? They approximated the breasts as pyramids using the equation: base area x height/3.

So unless you believe your breasts are pyramid-shaped, don’t worry too much about the coffee-induced "booby trap."

80beats: Six Cups of Coffee a Day Could Give You a Long, Jittery Life