Women Hurt More Than Men, Due to Both Biology and Bias 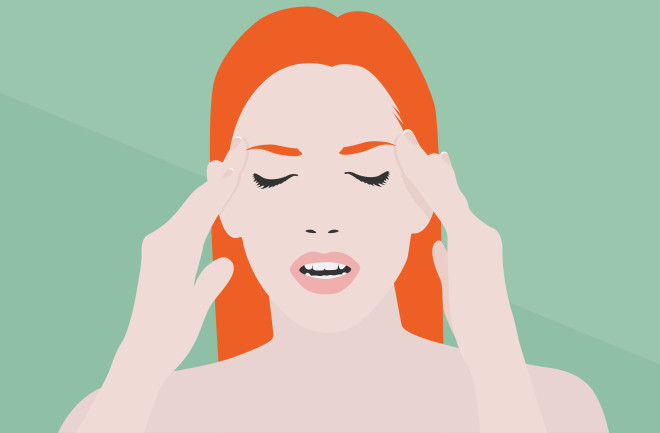 You might have heard that men are wimps when it comes to pain. It can make for lighthearted argument, but in fact it’s not true. Women have a lower pain threshold. Take a man and a woman, put a piece of ice on the backs of their hands, and wait. The woman will almost certainly complain about the pain first.

Not all pain is equal, but women are definitely worse off. In some quite macabre experiments, researchers have shown that women are much more sensitive to electric shocks, muscle pain, hot and cold, and chemical pain, such as the discomfort of eating a vindaloo curry.

If this comes as a surprise to you, you’re not alone. According to surveys, two-thirds of women still think that men feel more pain than they do. (Men are far less convinced of that; only one third think they are worse off when it comes to pain.)

And this isn’t some half-witted attempt to make out that men are the stronger sex. It’s a serious call to the medical system to improve the way they treat women’s pain.

It starts at home. Studies show that women are more likely than men to make an effort to make themselves look presentable or even attractive before going to the doctor. That could be a big mistake.

A number of studies have found that doctors unconsciously decide that, whatever she says, a woman who is looking attractive can’t be in that much pain. When researchers asked 362 nurses about whether, in their experience, women have a worse deal with pain, only 10 percent of them said yes. Nurses unconsciously assess a patient’s need for painkillers partly by whether she is showing obvious signs of discomfort.

That’s why, according to research, nurses devote more time to treating a male patients’ pain. It’s also why, when they wake up from surgery, women get fewer painkillers, weight for weight, than men.

Women have been putting on a brave face, and what have they gained? More pain, for longer, and with fewer painkillers to help.

The stereotype about women and pain can even lead to dangerous psychiatric diagnoses. After surgery, a woman complaining of pain is more likely than a man to be given sedatives rather than painkillers. A woman in hospital might be experiencing the same chronic pain as a man in the next ward, but the woman is the more likely to be diagnosed as “histrionic,” studies show. In other words, doctors believe she is showing excessive emotional and attention-seeking behavior.

Matters of Life and Death

Our ongoing ignorance about the different ways men and women experience pain has almost certainly led to premature deaths — especially when the pain is related to heart disease.

Heart attacks are different for women: instead of the classic chest pain they might feel a discomfort in their shoulder blades or jaw or neck. In addition a classic symptom for women is abdominal pain and nausea. That can fool an unwary doctor into making a wrong diagnosis. That’s why some women suffering a heart attack often don’t get an ECG or an angiogram that would be given to a man with chest pain.

Men are twice as likely to receive early medical attention for a heart attack, and be given the right drugs and operations at the right time. Not that all the drugs will have been tested on men and women equally — most are still tested primarily on men. Despite making up more than half the general population, and despite being more likely than men to die of cardiovascular disease, women are a rarity in trials of cardiovascular drugs.

No wonder that men who have a heart attack aged fifty-five or under are twice as likely to survive as women in the same position.

In fact, there is a broad swathe of medical issues that affect men and women differently. We both have livers, for instance, but hepatitis C occurs primarily in women. Women suffer more side effects from drugs than men do and are more likely to have autoimmune disorders. Colon cancer in women manifests itself differently from the way it occurs in men.

The list goes on, and yet medicine, leaving aside the obvious physiological differences, treats men and women essentially as the same organism. Perhaps the most awful fact of all is that we have known most of this for decades. So why haven’t we done anything about it?

Attempts to deal with this have had very limited success. It’s not that the people who train our doctors don’t know about issues of gender. It’s just that they don’t see it as terribly relevant. A study of how gender issues in medicine were being taught in notoriously egalitarian Sweden revealed that the men who designed doctors’ training courses (yes, mostly men, even in Sweden) saw it as important — but a low priority.

It’s hard to see the situation changing quickly. Most medical training still skips over the issues. One examination of how medical courses treat gender found that only a third of students could remember the topic even coming up. None of those students felt equipped to address the problem once they were qualified.

There are only a few upsides to being a woman when it comes to pain. One is that nice smells distract women from their pain, but that tactic does nothing for men. And morphine, it seems, actually works better for women. The last ray of hope is that studies show doctors tend to give more painkillers to patients of the same sex. In the next few years the world will have more female doctors than male doctors. That means you’re going to be slightly better off.

But it’s not exactly great comfort. As Tammy Wynette sung, sometimes it’s hard to be a woman. But never more so than when you’re in pain.

Michael Brooks’s “At The Edge of Uncertainty: 11 Discoveries Taking Science By Surprise” is published by The Overlook Press.