With More People Getting Outside This Summer, Scientists Wonder if Lyme Disease Cases Will Jump

It’s too soon to know exactly how the pandemic will influence Lyme disease cases. But experts speculate that common viral infection symptoms could cause some confusion. 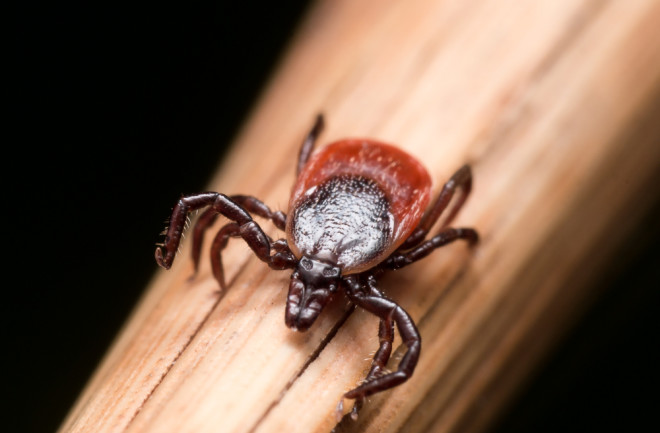 At the start of field work season, ecologist Jory Brinkerhoff usually advises his crew to watch out for summertime fevers. If you develop a fever at that time of year, he tells them, it’s probably not the flu, but a tick-borne illness.

But this year, Brinkerhoff, who studies human risk for flea- and tick-transmitted diseases at the University of Richmond, didn’t know exactly what to tell his field crew. A fever in the middle of summer 2020 could mean a tick-borne illness. Or, it could mean COVID-19.

With the novel SARS-CoV-2 virus still spreading across the country, some experts worry about the overlap between COVID-19 and Lyme disease, which is caused by a bacterium carried by black-legged ticks. While it’s too soon to know exactly how the pandemic will affect Lyme disease rates this year, experts like Brinkerhoff wonder if more people spending time outside beating the quarantine blues could lead to more people being exposed to disease-carrying ticks. Some overlapping symptoms might also lead to delayed diagnosis and treatment of Lyme, he notes.

At the same time, weather patterns in some parts of the country may actually lead to fewer Lyme disease cases this year. No matter the broader trends, there are things anyone getting outside can do to protect themselves from ticks.

Lyme Disease on the Move

Over the last few decades, Lyme disease has been on the rise in the United States. There are many overlapping reasons for this, says Brinkerhoff. Awareness has gone up since the 1970s, when Lyme was first described in the U.S. Landscape changes like cutting forests and building suburbs near wooded areas has put humans in closer contact with ticks and tick-carrying animals. Deer populations have exploded in the last 100 years, he notes. And climate change is likely allowing ticks to spread to and thrive in new parts of the continent.

This year, people have flocked to the great outdoors to escape their home quarantines and engage in socially-distant fun. It’s possible that more people trying to get outside could mean more people exposed to ticks and, therefore, Lyme disease, says Brinkerhoff, who wrote an article in The Conversation on the issue earlier this year. Animals have been behaving differently during the pandemic as well, especially during the early days of lockdown, and it’s unclear if that could also have an effect on Lyme disease rates, he says.

In some parts of the country, however, Lyme may be less of a concern this summer than it normally is. Maine is usually a Lyme hotspot in early summer, but unusually hot and dry weather this year may be keeping ticks close to the ground and away from human contact, says Robert P. Smith Jr., an infectious disease physician and director of the division of infectious diseases at Maine Medical Center. While it’s too early to tell, Lyme disease rates in Maine could actually go down this summer as a result, he says.

With everyone rightfully concerned about COVID-19, Lyme disease likely isn’t at the forefront of someone’s mind if they develop a fever. Plus, about two-thirds of people with Lyme disease don’t remember being bitten by a tick, says Smith. Many who develop Lyme disease are bitten by poppy seed-sized immature ticks that can stay on the body unnoticed for two or three days before dropping off, he says.

There is some overlap between COVID-19 and Lyme disease symptoms that could cause confusion. In both cases, people usually develop a fever and muscle aches, says Smith. He has heard secondhand about a few cases in Maine in which patients with these symptoms were first tested for COVID-19 and were later found to have Lyme disease.

However, there are some crucial differences between the two illnesses, Smith says. The majority of people with symptomatic COVID-19 will have a cough or shortness of breath, whereas Lyme disease generally has no respiratory component, says Smith. COVID-19 patients also have a higher risk for gastrointestinal issues, and Lyme patients do not. While not all people with Lyme disease develop a rash, 70 to 80 percent do, Smith notes. Rashes are not common symptoms for COVID-19 infections.

Receiving an accurate diagnosis and relatively quick treatment can greatly reduce the severity of a Lyme disease infection. “It doesn’t have to be immediate; if you think you might have Lyme disease, you need to get diagnosed with a week or so,” says Smith. “That’s usually very early in the disease and you can expect an excellent response to antibiotic treatment.”

Delaying treatment by a couple of weeks can lead to more serious complications, including nerve-related symptoms, Lyme meningitis, facial muscle weakness (Bell’s palsy), Lyme arthritis and other conditions, he says. While antibiotics are still effective at this stage, it tends to take longer to fully recover.

Fortunately, for anyone concerned about safe outdoor excursions here and now, there are several practical steps you can take to avoid ticks. Use insect repellant and wear protective layers. Stick to the path instead of straying into dense underbrush, says Smith. When you return from an adventure, put your clothes in the washer and check yourself for ticks. And if you do start to feel feverish a few days later, call your doctor and be sure to mention you’ve been spending time outside.