Will we ever... make a safe cigarette? 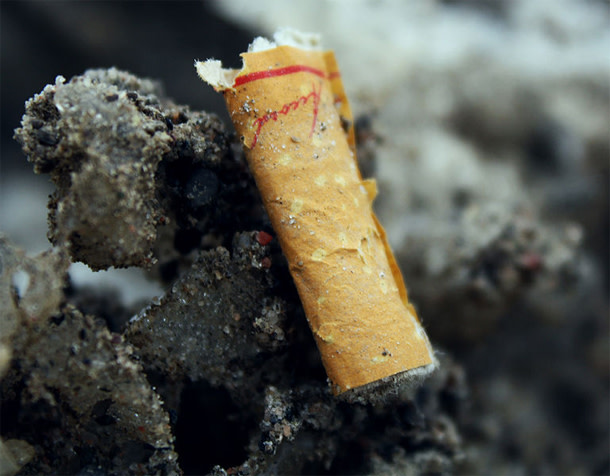 Here’s the 13th piece from my BBC column

There’s an old saying among people who work in public health: Tobacco is the only legal product that, when used as intended, will kill you. Decades of research have thoroughly documented the health problems that result from inhaling tobacco smoke – more than a dozen different types of cancer, heart disease, stroke, emphysema and other respiratory diseases, among others. Are these risks an inevitable part of smoking? Or is there a way of creating safe cigarettes

without any of these hazards? “I think it’s very unlikely,” says Stephen Hecht

from the University of Minnesota Cancer Center, who studies tobacco carcinogens – substances that cause cancer. Tobacco smoke is a complex cocktail

including at least 70 known carcinogens. No one has made a “cigarette that is significantly decreased in all of these [chemicals] and is still something people would want to smoke, even though the industry has worked on this for around 50 years,” says Hecht. “There’s no indication that it’s possible.” As Hecht says, it’s not that the industry hasn’t tried. Journalist Will Storr recently documented a history of bungled attempts to create a safer cigarette

, from one that passed the carcinogenic smoke through a filter made of another carcinogen – asbestos – to another that heated tobacco rather than burning it, but tasted of sulphur, charcoal, and burning plastic. The problem is that no single step in the production or consumption process fills cigarette smoke with its dangerous constituents. Some constituents are in the tobacco leaves themselves at the point of harvesting. The plants can absorb metals and metalloids like arsenic and cadmium from fertilisers and the surrounding soil, while sticky hairs on their leaves can gather particles from the air, including radioactive elements like polonium-210

. When the harvested leaves are cured and dried, compounds within them are converted into tobacco-specific nitrosamines (TSNAs), a class of well-known and intensely studied carcinogens. And when the smoker lights up, chemical reactions in the burning leaves fill the smoke with carbon monoxide, hydrogen cyanide and a cocktail of carcinogens – the infamous polycyclic aromatic hydrocarbons (PAHs), and vapour-borne “volatiles” like formaldehyde and benzene. As long as you’re burning plant matter and inhaling the smoke, you’ll get a lungful of carcinogens. “There’s no getting around that fact,” says Neal Benowitz

, a pharmacologist from the University of California, San Francisco. Potent drug As always with toxicology, it’s the dose that makes the poison

, and a laundry list of ingredients is a poor way of assessing a product’s true risk. But it’s clear that many of the substances in cigarette smoke, particularly the well-studied TSNAs, PAHs and volatiles, are found at significant levels in both the smoke and the bodies of smokers who inhale it

. And, they cause similar patterns

to those seen in actual tumours. The route of exposure also matters. Many of the chemicals in tobacco smoke are also found in other everyday sources, including foods. But there’s a big difference between taking these substances into your guts, where they pass through a soup of enzymes before being actively transported into the bloodstream, and sucking them directly into your lungs where they can passively diffuse into your blood. There are some measures that could individually reduce the number of carcinogens in smoke: modifying the blend of tobacco; refining the curing process; including charcoal filters to absorb some of the volatiles; and so on. “But there’s no evidence that this does any good,” says Hecht. None of these measures completely deletes the full spectrum of carcinogens, and Hecht adds, “We tend to focus on the compounds that we know are dangerous, but that’s maybe only a few hundred of the 4,000 that are identified. There could be other things going on that we’re not aware of.” And then there’s nicotine. This highly addictive drug isn’t a carcinogen, but it’s not entirely benign either. It increases heart rate, constricts blood vessels, and contributes to high levels of cholesterol. There’s some evidence that it could stop cancerous cells from self-destructing or promote the growth of blood vessels that bring oxygen and nutrients to tumours. But both of these claims come from studies in lab-grown cells. “It’s not clear if any of this works in a live animal,” says Hecht. “The big thing [about nicotine] is the addiction.” Nicotine is a potent drug – it’s the one chemical that keeps smokers inhaling all the rest. Nicotine’s addictive properties have led to some spectacular backfires in attempts to create safer cigarettes. From the 60s and 70s, the tobacco industry marketed “low-tar

” cigarettes as safer versions of their normal cousins. These so-called “mild”, “smooth” and “light” alternatives contained tiny vents in their filters, which were meant to allow fresh air to dilute the tar – the collective term for the chemical gunge in smoke. These cigarettes were tested with machines that, sure enough, measured a lower concentration of tar in the ensuing smoke. But, surprise, people aren’t machines. As the smoke from these brands also contained less nicotine, smokers would get their fix by taking longer drags, smoking more frequently

, or simply blocking the filters with their fingers

. They ended up inhaling more smoke, and despite the industry’s claims, exposed themselves to the same level of carcinogens

products fare little better. Even though they are sucked, chewed and sniffed, and never set on fire, they still contain many of the same carcinogens as cigarettes, and have been linked to mouth, oesophageal and pancreatic cancers. The one possible exception is snus, a Swedish product that’s not unlike a “tobacco-stuffed teabag

” that you stick under your lips. It’s manufactured according to rigorous standards

that limit the amount of nitrosamines in the final product, while still retaining that craving-satisfying nicotine. Snus is billed as the reason for Sweden’s low rates of lung and oral cancers, compared to countries where cigarettes are the dominant tobacco product. “It’s much safer [than smoked products] but not entirely safe, and there’s a possibility that it still poses a cancer risk,” says Benowitz. Indeed, some recent studies have suggested that snus users have a higher risk of pancreatic cancer

, and a higher risk of dying from cancer

. “If you simplistically said everyone stopped smoking and used snus, there’d be a tremendous health benefit, but the question is whether they would do that,” says Benowitz. His concerns are that snus could make it harder for active smokers to give up their habit by fuelling nicotine addiction, or act as a gateway drug that entices non-smokers to start. “It’s probably better than smoking, but you probably don’t want to put it in your mouth,” says Hecht. The same arguments apply to e-cigarettes – battery-powered devices that look like cigarettes, and release a nicotine vapour without any of the accompanying carcinogens. At least, that’s the theory – there’s scant data on what they actually release, and how that varies from brand to brand. An analysis from the US Food and Drug Administration

showed that some still contained detectable traces of nitrosamines. “In theory, they could be safer than snus,” says Benowitz. “But there’s been hesitation around them because they are unregulated, so who knows what you’re getting.” The use of both snus and e-cigarettes will probably remain highly controversial, even after more data comes in. This reflects a tension in public health circles

: given smoking is so addictive and damaging, is it acceptable or even ethical to reduce that harm by advocating products that are safer, but still not safe? “If we’d never heard of cigarettes, we’d look at a smokeless tobacco product and say, ‘This thing should be banned’,” says Hecht. In a world where tobacco never existed, these arguments would be moot. But that world does not exist; what do we do in this one? More from Will we ever…?