Wild pigs wash their food before eating... do you? 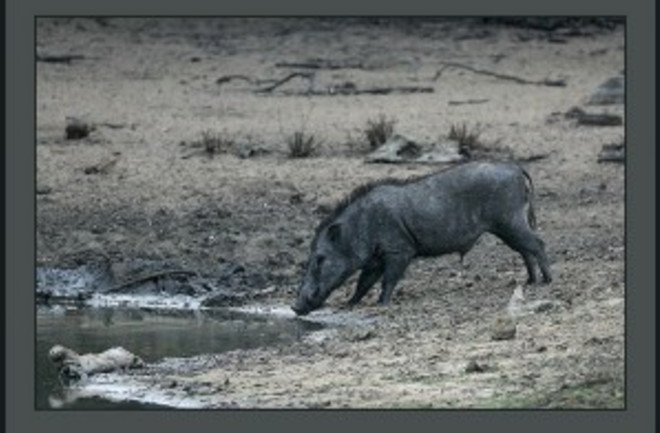 Photo: flickr/Steve GarvieDo you rinse off your fruit before you eat it? Not many animals do, because it requires the capacity to distinguish between foods that do and do not need cleaning, as well as the ability to bring the food to a water source. Here, researchers show that European wild boar in a Swiss zoo have this ability -- more specifically, they wash dirty apples (but not clean apples) in a creek before eating them. Only a few other animals, such as monkeys, have been shown to do this. I guess this means my toddler is less fastidious than a pig... at least some pigs.Not eating like a pig: European wild boar wash their food "Carrying food to water and either dunking or manipulating it before consumption has been observed in various taxa including birds, racoons and primates. Some animals seem to be simply moistening their food. However, true washing aims to remove unpleasant surface substrates such as grit and sand and requires a distinction between items that do and do not need cleaning as well as deliberate transportation of food to a water source. We provide the first evidence for food washing in suids, based on an incidental observation with follow-up experiments on European wild boar (Sus scrofa) kept at Basel Zoo, Switzerland. Here, all adult pigs and some juveniles of a newly formed group carried apple halves soiled with sand to the edge of a creek running through their enclosure where they put the fruits in the water and pushed them to and fro with their snouts before eating. Clean apple halves were never washed. This indicates that pigs can discriminate between soiled and unsoiled foods and that they are able to delay gratification for long enough to transport and wash the items. However, we were unable to ascertain to which degree individual and/or social learning brought this behaviour about." Related content: Flashback Friday: What do you get when you combine forensic scientists, chainsaws, and pig carcasses? The goriest research ever!Someone didn’t learn from the story of the three little pigs…Frogs use their eyes to push food down while swallowing.