Why Women's Immune Systems Are Stronger Than Men's 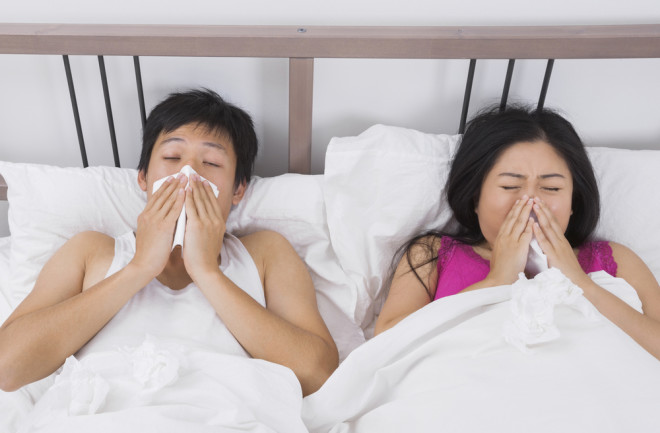 Women overreacting is an old and tired stereotype — but there’s some truth to it, at least immunologically speaking.

His vs. Hers Immune System

While the gender gap in immune reactions has long been known, the mechanism behind it has remained a mystery. But in this study, the scientists identified a handful of genes, apparently regulated by testosterone, that they think are a key part of the response mechanism. The higher the testosterone levels of a participant, the lower the immunological reaction to vaccination.

Generally speaking, women have stronger immune system responses than men. The good news for women is that this “show no mercy” response means they are less prone to bacterial, viral, fungal and other types of infection than the dudes are. The flip side, however, is that women’s immune systems are more likely to overreact.

When an immune system is overstimulated, it can attack healthy tissue, which is what happens with autoimmune diseases such as lupus. It can also cause potentially fatal post-infection complications, such as a cytokine storm after getting the flu, in which an overproduction of immune cells overwhelm the body’s normal functions.

It’s in the Genes

Researchers in the current study analyzed immune response to a seasonal flu vaccine in 37 men and 54 women aged 20 to 89. From blood samples they were able to isolate a cluster of genes involved in fat metabolism that were also associated with the amount of antibodies and cytokines produced. The genes appear to be regulated by testosterone, and researchers found the male participants with the highest levels of the hormone had the lowest antibody response.

Previous research has focused on how genes located on the sex chromosomes might affect the immune response to vaccination. But by exploring the role of testosterone, today’s findings, published in the Proceedings of the National Academy of Sciences, could be a new avenue for understanding — and eventually treating —immunological overreactions. The results also point to possible reasons for women having a higher rate of autoimmune disease.