More than 100 coronavirus vaccines are in the works. But vaccines remain elusive for many diseases we’ve been fighting for decades. 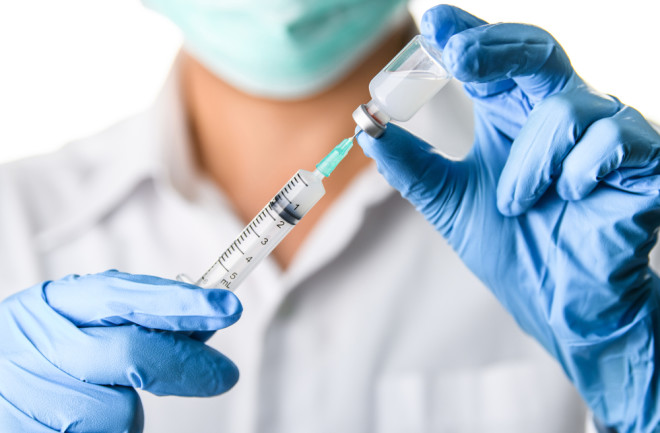 If scientists develop a SARS-CoV-2 vaccine within a year and a half, it would be a world record. The title is currently held by Maurice Hilleman, who turned his daughter’s throat swab into a licensed mumps prophylaxis within four years. Otherwise, preventive measures typically take a long time to develop: Measles, for example, was a nationally recognized disease in the U.S. for over 50 years before a vaccine was ready. In 1984, officials declared that an HIV vaccine would be ready for testing in two years. More than 35 years later, however, there is no HIV vaccine.

Why is it that some vaccines are harder to develop than others? Often, the answer has to do with the virus itself, and how it behaves in our bodies. Sometimes, a vaccine is not commercially viable. And in other instances, the perceived threat of an illness can prolong (or shorten) how long it takes to develop a way to stop it.

Still No Vaccine for HIV

Before diving into the challenges with vaccines, here’s a reminder on how they work: Vaccines deliver a small and modified amount of a particular virus to your immune system. This tiny introduction isn’t enough to make you sick; instead, it lets your body recognize the particles and build up a tailored defense to those molecules. “The next time around, when you actually get exposed to the virus, then that virus will trigger your immune cells to wake up,” says Wilton Williams, an assistant professor at the Duke University School of Medicine.

HIV is particularly good at tricking immune systems, says Williams, who is working to develop an HIV vaccine. As soon as the virus starts replicating in our bodies, molecules on its surface — which our immune system reads to determine whether a cell is friend or foe — look a lot like other proteins in healthy people. The resemblance allows the virus to get a big head start on infecting cells, Williams says, before the immune system recognizes a threat.

Any preventive measure that convinces the immune system to attack this protein in HIV must be fine-tuned. The vaccine will likely deliver tweaked versions of HIV surface proteins. These molecules must be distinct enough from actual HIV for the immune system to recognize them as a threat while also provoking the exact infection-fighting qualities needed to fend off a real infection. Other viruses don’t require vaccine developers to engineer this kind of deception.

Additionally, the best defenses our body puts up against HIV — ones the vaccine would like to elicit — appear naturally after a patient’s immune system is ruined. These protective tools are called antibodies, which are proteins your body produces in response to an infection — and which can ward off a subsequent infection.

(If the term sounds familiar, that’s because there’s been a lot of talk lately about coronavirus “antibody tests,” which are designed to look for signs that a person has begun fighting off SARS-CoV-2.)

In coronavirus patients, it seems antibodies appear a few weeks after symptoms kick in. But the kind of antibodies that are most effective in HIV take way longer to appear. In labs, “we’ve isolated them, we’ve characterized them, we know what they do, we know how they function,” Williams says. “But we find them usually very late — like three to five years, or even longer, [after a person has been infected.]” Being sick that long dismantles an immune system. Vaccine developers hope to skip that waiting period — and avoid ruining someone’s ability to fight off other infections. “You would try to make a vaccine that triggers that exact moment of what [normally] happens three to five years later,” Williams says.

Funding creates another roadblock for vaccine research. Federal or independent agencies typically allocate HIV research funds for two- to five-year-long projects. In that period, scientists like Williams might generate small-scale studies that prove their larger hypothesis deserves more investigation — but then it’s time to apply for a new grant. Projects can end if they don’t secure enough money the next time around. Investigators form consortiums and develop several ideas simultaneously to save precious time, an aspiration playing out as researchers collaborate to develop a SARS-CoV-2 vaccine. “What if we were able to test multiple ideas at the same level over the same period of time? You might save some time in the long run,” Williams says.

Logistical woes have stymied other vaccine developments, too. In the case of Epstein-Barr virus (EBV), some pharmaceutical companies don’t consider the proposed treatments to be commercially viable, says Hank Balfour, a pathologist at the University of Minnesota Medical School. EBV, which is a type of herpes, can cause infectious mononucleosis — commonly known as “mono” — and, in some cases, cancers like Hodgkin lymphoma.

For a vaccine to be effective, someone has to receive it before they encounter the real virus. That’s why, for example, it’s recommended that women receive vaccines for sexually transmitted infections like human papillomavirus (HPV) before they are sexually active. What’s tricky about EBV is that there can be a lag time between infection and symptoms. Children exposed to the virus often keep it in check and eventually develop mono when they’re older. Adolescents or teens are more likely to show the illness right after transmission. Ideally, preschoolers would get the vaccine to ensure neither scenario happens, Balfour says. But pharmaceutical companies think the lacking symptoms in EBV-infected children could make FDA approval hard to get for that age range. “That is one of the biggest stumbling blocks to the vaccine,” he says.

Balfour has also noticed that some professionals and members of the public think of mono as a kind of “rite of childhood” disease. Since people consider this ramification of EBV to be an inevitable part of growing up, that can make it more difficult to rally support for vaccine development.

Race for the Covid-19 Cure

Scientists are still learning what COVID-19 infections look like and how to vaccinate against them. The preventive treatment is essential, however — even the most accurate antibody tests indicate that only a small percentage of the population has built immunity to the virus. That’s why there are over 100 potential COVID-19 vaccines in the works, with some researchers already testing their versions in humans.

Some experts think the year-and-a-half development goal that public health officials have mentioned could be too ambitious. Either way, the attention might do good for other vaccines that have been in the works much longer. “Maybe the general mindset will come around to the fact that we need more vaccines,” Balfour says.