Why type 2 diabetes is a bit like The Bourne Identity 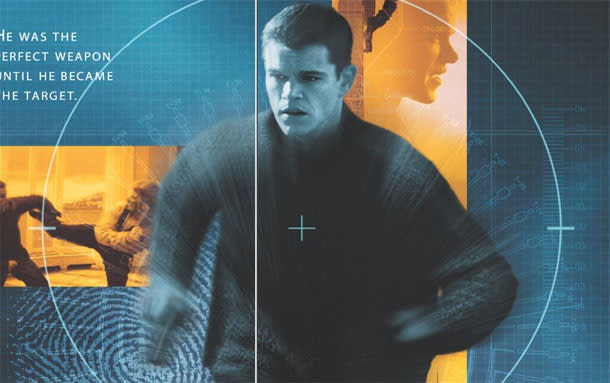 In The Bourne Identity, the eponymous hero is presumed dead by his former employers, but turns out to have merely lost his memory. Thus unburdened, he attempts to change his fate. Which reminds me of diabetes. People with type 2 diabetes face two problems, both related to insulin – the hormone that regulates the levels of sugar in our blood. They don’t respond properly to it (they become insulin resistant), and they don’t make enough of it. As a result, the levels of sugar in their blood become too high. Insulin resistance is fairly steady throughout a person’s lifetime, but the failure to make insulin gets progressively worse. The typical explanation is that the beta-cells – a type of insulin-making cells within the pancreas – die off. But Domenico Accili from Columbia University has a different idea. By studying diabetic mice, he has found beta-cells do indeed disappear over time, but not because they die. Instead, they revert back to a more basic type of cell that doesn’t produce insulin. Like Jason Bourne, they lose their former specialised identities and become more of a tabula rasa. In the film, it’s simple memory loss. In the cells, it’s known as “dedifferentiation”. And like Jason Bourne, these pre-beta cells can take on new fates—they can turn into other pancreatic cells, which make other hormones. These include glucagon, which acts as insulin’s antagonist, opposing its effects on blood sugar levels. This explains why a diabetic pancreas not only loses the ability to make insulin, but starts making more glucagon instead. Accili’s team member Chutima Talchai found that the beta-cells depend on a protein called FoxO1 to stop themselves from dedifferentiating. Without this handler, they spontaneously reverted to the pre-beta state whenever the mice experienced bouts of physical stress, such as pregnancy or even ageing. In humans, Accili thinks that a continuous storm of fats and carbohydrates could have the same effect. His working hypothesis is that a bad diet stresses the beta-cells, forcing them to produce insulin beyond their normal capacity. Rather than work themselves to death, the cells enact a self-preservation programme that turns them back into a simpler state that isn’t responsible for making insulin. (At this point, it becomes impossible to stretch the Bourne metaphor without spoilers. Go see the film. There’s a nice bit with a magazine.) It’s an intriguing idea, and one that he will try to confirm in a later study. Also to be confirmed: whether this applies to humans as well as mice. Peter Butler, a diabetes specialist at the University of California, Los Angeles, praised Accili’s study but told me that many discoveries in diabetic mice have failed to translate to humans. This is clearly the big question to answer: does the pancreas of someone with type 2 diabetes have more of these pre-beta cells than a healthy person? If so, it may be possible to devise new treatments for the condition by finding compounds that can stop the beta-cells from dedifferentiating. NB: This post is an adaptation of a piece I wrote for The Scientist, so head over there for a more detailed version. Reference: Talchai, Xuan, Lin, Sussel & Accili. 2012. Pancreatic beta-Cell Dedifferentiation as a Mechanism of Diabetic beta-Cell Failure. Cell http://dx.doi.org/10.1016/j.cell.2012.07.029