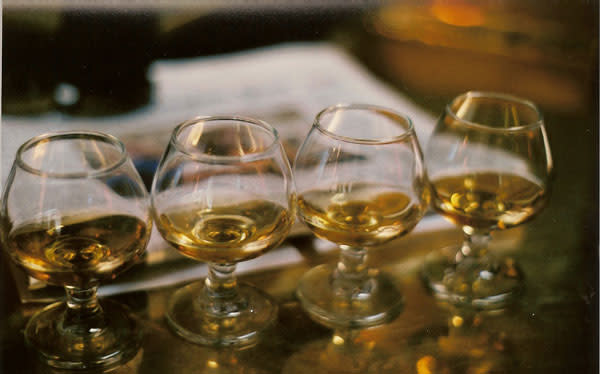 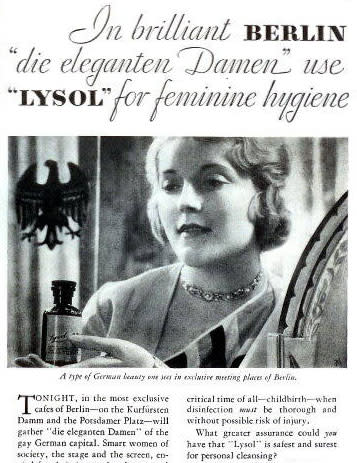 Lysol, which, like scotch, contains cresol, was also once used as a vaginal douche.

Don Nosowitz over at PopSci has a lovely little explainer

explaining something I am glad to realize I am not the only one wanting an explanation for. That is: why does scotch, hifalutin' drink that it is, smell like Band-Aids? I've never liked that Scotchy odor, and now I know why it reeks of the pediatrician's office. It's because peat, the mossy stuff that's burned in order to smoke the barley that becomes scotch, is naturally packed with a class of molecules called cresols

, which are also, coincidentally, crack disinfectants. Cresols are in Band-Aids, Lysol, pesticides, photograph developing agents, Sharpies, and wood preservatives. They basically dissolve everything in sight, which makes them excellent at cleaning up messes and killing things, though the levels imbibed in scotch are too minuscule to harm you. Yum! To find out more about the cresols in scotch and how they got there, head on over to PopSci