Why People of Color Are Disproportionately Hit by COVID-19

Data show black and Hispanic populations face higher exposure to the coronavirus, plus bigger hurdles for medical treatment and level of care. 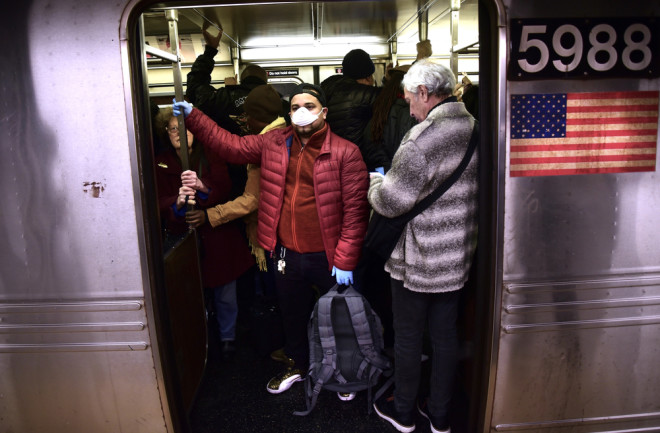 Of the more than 115,000 Americans who have died from the coronavirus, a disproportionate number of them have been Black or Hispanic.

In New York City this May, Hispanics and Blacks were about twice as likely as whites to have the coronavirus, and died from it at twice the rate. In Chicago, those same populations were roughly two-and-a-half times more likely to have the illness.

Those differences are too large to be random chance. Contributing factors include where people live and how people of color seek and receive medical care. Juan Celedón, a University of Pittsburgh physician and respiratory health researcher, says he knew the pandemic would amplify long-standing racial disparities in health care, just as other illnesses have. “I think [the pandemic] has further exposed profound disparities in respiratory health,” he says. “It’s just another sad example.”

For starters, Black and Hispanic people are more likely to work frontline jobs, such as in child care or grocery store positions, that cannot be done from home, according to U.S. Census Bureau data from 2014 to 2018. While the Black population makes up 12 percent of the overall workforce, 26 percent of public transit employees are Black. Hispanics make up 17 percent of the workforce, but 40 percent of all building custodial work. To add one more layer in major cities, such as New York, these populations face extra exposure while commuting to and from work on public transit, Celedón says.

Additionally, some communities have lower “health literacy,” meaning less experience finding and evaluating health care information. When medical institutions don’t provide information about illnesses, such as COVID-19, in terms — or even the language — that some residents need, it takes longer for facts and recommendations to trickle down, Celedón says. “There was a significant delay in conveying information to these communities in a language that was easy to understand.”

Who Can Seek Medical Care?

When someone does decide to seek medical attention, care typically requires health insurance in the U.S. — something Black and Hispanic individuals are less likely to have. In 2014, about 11 percent of white people went uninsured, compared with about 20 percent of Black and 33 percent of Hispanic residents.

This also plays into the frontline worker status, since many of those positions don’t offer health insurance. If someone doesn’t qualify for Medicaid, people can buy their own insurance on open marketplaces. “But if you look at what’s even close to affordable, those plans have large deductibles and copays, and you’ll still find financial barriers to receiving care,” says Tom Buchmueller, a University of Michigan economist who tallied the 2014 racial and ethnic differences in health insurance. Without coverage, people often avoid seeking medical treatment — a 2019 Gallup poll found that 1 in 4 Americans put off medical care for serious health issues because of cost.

Once people choose to go to hospitals, the disparities keep coming. Medical facilities that serve mostly low-income individuals have been less likely to have the money and resources needed to adapt to COVID-19 right away, Celedón says. That’s because they earn less money off their patients. If someone is covered by Medicaid, hospitals earn less on each of those procedures than if the person held private insurance. If someone can’t pay their bill, the hospital has to write off the expense as charity.

Black and Hispanic patients are also often treated differently than white patients in hospitals. For example, during emergency room triage — when physicians assign patients scores between one and five to indicate how urgently they needs medical attention — Black patients are 7 percent less likely than white patients to receive a high-urgency ranking. After visiting the emergency room, physicians might admit some patients to intensive care units or another ward for further care. Black and Hispanic patients are 10 percent less likely to get approved for that transition. Most importantly, Black patients are 26 percent more likely to die in the hospital.

These statistics on racial health disparities come from hospital data collected pre-pandemic, between 2005 and 2016. And, technically, researchers need more data to officially declare these differences as “disparities,” says Mark Zhang, a biostatistician with the University of Michigan who co-authored a paper now under review that details the differences. For example, it’s possible Black patients come to hospitals with fewer life-threatening emergencies — Zhang’s research team plans on parsing all the diagnosis data to know for sure. But Black patients have the less desirable outcomes in all the factors his team looked at. They are simultaneously less likely to be assigned urgent care needs and more likely to die in the hospital. “This is very much what disparity looks like,” Zhang says.

It's possible the pandemic, as well as growing public awareness of racial disparities in the wake of George Floyd’s death, might help remedy some root causes of COVID-19’s disproportionate impact. Buchmueller says the disease has made a strong case for universal health care. A respiratory disease you can easily catch from strangers perfectly illustrates what economists call “externalities,” or the idea that what is good for someone else (affordable, quick care) is good for you, too, as it lowers the odds of you getting sick.

Celedón also thinks that increasing awareness of these differences — and of blatant racism and prejudice — will lead to more diversity trainings and other events. “People are going to be more aware of cultural differences and how you communicate, and that translates into better care,” he says.

More From Discover
Health
How Pandemics End
Planet Earth
What is the Doomsday Clock and Why Should You Care?
Health
During a COVID-19 Surge, ‘Crisis Standards of Care’ Involve Excruciating Choices and Impossible Ethical Decisions for Hospital Staff
Health
mRNA Will Do More than Conquer COVID
Health
Blood Supplies in the U.S. Are 'Dangerously Low' Right Now
Health
Omicron Variant: What We Know So Far
Recommendations From Our Store
My Science ShopDiscover STEM Kits
My Science ShopDiscover 2022 Calendar
My Science ShopStrange Science
My Science ShopElements Flashcards
Shop Now
Stay Curious
Join
Our List