Why Does the Vaccine/Autism Controversy Live On?

Research has soundly disproved the alleged connection, yet fears about vaccines continue to be a major risk to public health 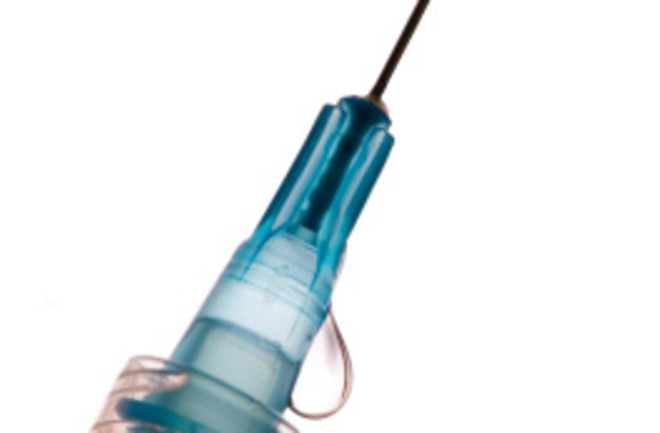 Vaccines do not cause autism. That was the ruling in each of three critical test cases handed down on February 12 by the U.S. Court of Federal Claims in Washington, D.C. After a decade of speculation, argument, and analysis—often filled with vitriol on both sides—the court specifically denied any link between the combination of the MMR vaccine and vaccines with thimerosal (a mercury-based preservative) and the spectrum of disorders associated with autism. But these rulings, though seemingly definitive, have done little to quell the angry debate, which has severe implications for American public health.

The idea that there is something wrong with our vaccines—that they have poisoned a generation of kids, driving an “epidemic” of autism—continues to be everywhere: on cable news, in celebrity magazines, on blogs, and in health news stories. It has had a particularly strong life on the Internet, including the heavily trafficked Huffington Post, and in pop culture, where it is supported by actors including Charlie Sheen and Jim Carrey, former Playboy playmate Jenny McCarthy, and numerous others. Despite repeated rejection by the scientific community, it has spawned a movement, led to thousands of legal claims, and even triggered occasional harassment and threats against scientists whose research appears to discredit it.

You can see where the emotion and sentiment come from. Autism can be a terrible condition, devastating to families. It can leave parents not only aggrieved but desperate to find any cure, any salvation. Medical services and behavioral therapy for severely autistic children can cost more than $100,000 a year, and these children often exhibit extremely difficult behavior. Moreover, the incidence of autism is apparently rising rapidly. Today one in every 150 children has been diagnosed on the autism spectrum; 20 years ago that statistic was one in 10,000. “Put yourself in the shoes of these parents,” says journalist David Kirby, whose best-selling 2005 book, Evidence of Harm, dramatized the vaccine-autism movement. “They have perfectly normal kids who are walking and happy and everything—and then they regress.” The irony is that vaccine skepticism—not the vaccines themselves—is now looking like the true public-health threat.

The decadelong vaccine-autism saga began in 1998, when British gastroenterologist Andrew Wakefield and his colleagues published evidence in The Lancet suggesting they had tracked down a shocking cause of autism. Examining the digestive tracts of 12 children with behavioral disorders, nine of them autistic, the researchers found intestinal inflammation, which they pinned on the MMR (measles, mumps, and rubella) vaccine. Wakefield had a specific theory of how the MMR shot could trigger autism: The upset intestines, he conjectured, let toxins loose in the bloodstream, which then traveled to the brain. The vaccine was, in this view, effectively a poison. In a dramatic press conference, Wakefield announced the findings and sparked an instant media frenzy. For the British public, a retreat from the use of the MMR vaccine—and a rise in the incidence of measles—began.

In the United States, meanwhile, fears would soon arise concerning another means by which vaccines might induce autism. Many vaccines at the time contained thimerosal, a preservative introduced in the 1930s to make vaccines safer by preventing bacterial contamination. But thimerosal is 50 percent mercury by weight, and mercury is known to be a potent neurotoxin, at least in large doses. In 1999 new federal safety guidelines for mercury in fish stirred concerns about vaccines as well.

The U.S. government responded by ordering that thimerosal be removed from all vaccines administered to children under age 6, or reduced to trace amounts. (Some inactivated influenza vaccines were exempted.) The step was described as a “precautionary” measure. There was no proof of harm, government researchers said, just reason to worry that there might be. Meanwhile, scientists launched numerous studies to determine whether thimerosal had actually caused an autism epidemic, while some parents and their lawyers started pointing fingers and developing legal cases.

Within weeks of this year’s federal court decisions—which examined and vindicated both the MMR vaccine and thimerosal—environmental lawyer Robert F. Kennedy Jr. wrote a column in The Huffington Post in which he continued to press his case that the government has peddled unsafe vaccines to an unsuspecting public. It is a cause he has championed since 2005, when he published “Deadly Immunity” in Rolling Stone and Salon magazines. The article was a no-holds-barred denunciation of the U.S. public-health establishment, purporting to tell the story of how “government health agencies colluded with Big Pharma to hide the risks of thimerosal from the public…a chilling case study of institutional arrogance, power, and greed.” Half a decade after the original thimerosal concerns were first raised, Kennedy claimed to have found the smoking gun: the transcript of a “secret” 2000 meeting of government, pharmaceutical, and independent researchers with expertise in vaccines. Kennedy’s conclusion: The generational catastrophe was real; our kids had been poisoned. If true, it would be perhaps the greatest biomedical catastrophe in modern history.