Why Does Marijuana Cause Panic Attacks in Some People?

Several different factors can cause marijuana-induced panic attacks. How it’s consumed and the amount are two main reasons. 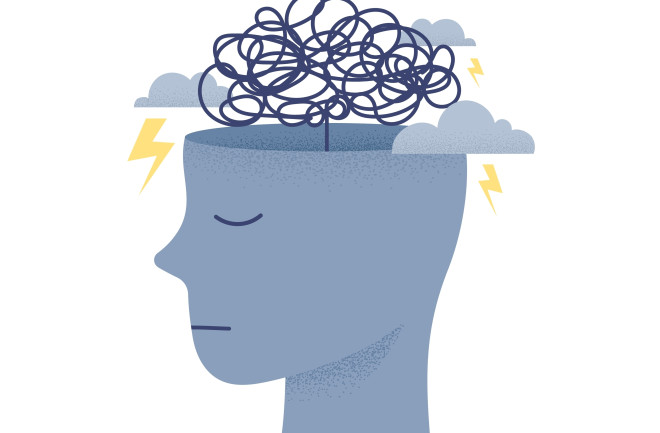 The purpose of marijuana is to calm you down, help you relax and keep anxiety and stress at bay. So why does it have the opposite effect in certain people? Experts have been looking into what causes marijuana-induced panic attacks, who’s most susceptible and what is actually happening in the brain. The results may surprise you.

What is an Anxious Reaction to Marijuana?

For starters, it’s important to note that a panic attack is a formal diagnosis and it’s not clear that a panic reaction to cannabis necessarily meets this diagnosis, says Ryan Gregory Vandrey, a professor of psychiatry at Johns Hopkins University whose research is primarily focused on the behavioral pharmacology of cannabis. “Still, cannabis absolutely can cause anxious and panicked reactions,” he says.

Additionally, cannabis as a whole may not be the culprit. Now the term cannabis is used to describe thousands of products and only a small portion of them can cause a panic reaction, says Vandrey. Cannabidiol (CBD), for example, which is used in a host of products from lotions to gummies, does not on its own cause any panic reaction.

Delta-9 tetrahydrocannabinol (THC) is the primary ingredient in cannabis that’s known to cause panic. “It occurs naturally in the cannabis plant and is associated with an anxiety-like reaction,” he says. THC is also associated with the feeling of “being high” as well as some of the cognitive impairment that goes along with cannabis use.

What Causes an Anxious Reaction to THC?

According to Vandrey, ingestion through edibles, vaping or smoking products that contain THC are the most likely to cause anxiety. But topical presentation, for example, in lotions and oils, has not been shown to cause such reactions.

Vaporizing the cannabis, for example, is the most powerful mode of ingestion and the most likely to cause anxiety. The difference between vaping and smoking cannabis is like the difference between smoking a cigarette versus an e-cigarette. When vaping, the plant becomes “aerosolized” which means that none of the drug is lost in smoke. It’s all ingested which is why it’s so powerful, Vandrey says.

Mode is important, but by far the most critical driver of an anxious response to marijuana results from dosage. While THC has been shown to reduce anxiety at doses no higher than 10 mg, it’s much more likely to cause them when a person ingests higher amounts.

“It’s an inverted U-shaped dose response and the effects of the drug can be very different at higher doses,” says Vandrey. What’s more, person to person dose response depends on things like genetics, sex differences, other medications and prior history of use. Day to day, a person’s reaction to THC may also change.

Evidence in Vandrey’s lab shows that females tend to metabolize cannabis more slowly compared to men. More specifically, the metabolism of cannabis is a two-step process that starts with a “parent THC molecule” that metabolizes into a molecule called 11 hydroxy metabolite.

“We see higher levels of 11 hydroxy metabolite in women compared to men,” says Vandrey. This might be why women are more susceptible to an anxious response than men.

What’s Happening in the Body to Cause an Anxious Response?

Several mechanisms cause the panicked response to cannabis. The brain contains a huge number of cannabinoid receptors located in the parts of the brain responsible for mood and emotion.

“Additionally, THC very reliably increases heart rate and one of the key physiological effects associated with a panic attack is an increased heart rate,” says Vandrey. When you feel your heart racing, you’re much more likely to feel anxious and start panicking. The impact of THC on the brain combined with the “heightened arousal” can cause panic.

In his lab, Vandrey sees these reactions infrequently, but they do happen. Still in most people they go away and do not require any medical intervention, he says. Knowing what’s happening and realizing that you’re safe can play a role in reducing the panic that occurs.

“These responses don’t normally last very long; they wear off relatively quickly with the effects of the drug,” Vandrey says.