Why Do We Have Eyelashes? New Study Says It’s to Keep Our Eyes Moist 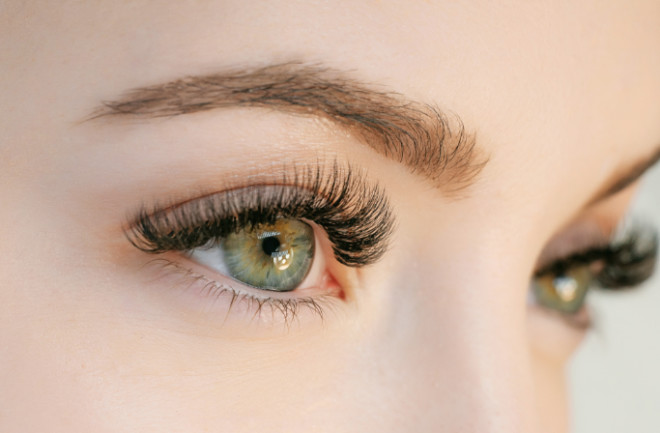 Do eyelashes exist, in part, to keep our eyes from drying out? (Credit: KDdesignphoto/Shutterstock)

Why do we have eyelashes? The answer might seem simple: Those thick hairs on the end of our eyelids simply exist to block intruding particles from landing on our eyeballs.

And, in fact, that’s what many scientists have hypothesized. It explains why camels evolved to have long lashes for wandering the dusty desert — and why our house pets, in comparison, have stumpy ones.

But it turns out our eyelashes might also be helpful for something else: keeping the surface of our eyes from drying out. It could lead to a better understanding of why some people suffer from chronically dry eyes and could even help us create better fake lashes.

A study published Wednesday in the Journal of the Royal Society Interface used realistic models of the human eye to understand how lash length makes a difference. A team of chemical engineers from Soochow University in China analyzed evaporation rates of liquid on eyes with different eyelash lengths. Not only did eyelashes help retain crucial moisture, but researchers confirmed results from a 2015 study that showed there may even be an optimal eyelash length for keeping the eye’s surface moist.

Though the study was done on computer models, Jie Xiao, a study author and the deputy head of the School of Chemical and Environmental Engineering at Soochow, says via email that it’s the most geometrically accurate eyeball model yet. The team had to take into account differing lengths of the top and bottom eyelashes, curvature of the eye’s surface and position of layered lashes, among other factors.

Their query into eyelashes’ moisture-preserving properties was inspired by a study from 2015, which concluded that eyelashes help divert wind from the ocular surface. Xiao wanted to dig deeper and see if eyelash length might make a difference.

Like the 2015 study, the team at Soochow conducted simulated wind tunnel tests to see how the eye’s moisture levels fared when a breeze was blowing. It turns out that some eyelashes were more efficient in blocking wind than others. The authors reported that the optimal eyelash length for moisture retention is about 15 to 30 percent of the eye’s width.

So, if you have long lashes and find yourself often with dry eyes, the reason may lie just outside your field of vision.

Though eyelashes take most of the credit for keeping our eye surface moist, Xiao says they aren’t doing the work on their own.

“It is a complex problem,” he says. The thickness and distribution of eyelashes and the curvature of an eyeball also influence the evaporation of moisture.

And the study did not address the effects of eyelash curvature — something Xiao would like to study in the future. But for now, he’s hoping the study will help both doctors and beauticians alike.

“Hopefully we can help doctors to understand eye diseases related with eye surface condition, such as dry eye,” he says. Xiao also thinks it could help beauty companies develop false lashes that can help protect eyes from drying out.

Editor’s Note: This story has been updated from an earlier version to add context. A 2015 study had already provided evidence for an optimal eyelash length.