Why Do Some People Never Get Fat? Scientists May Have the Answer 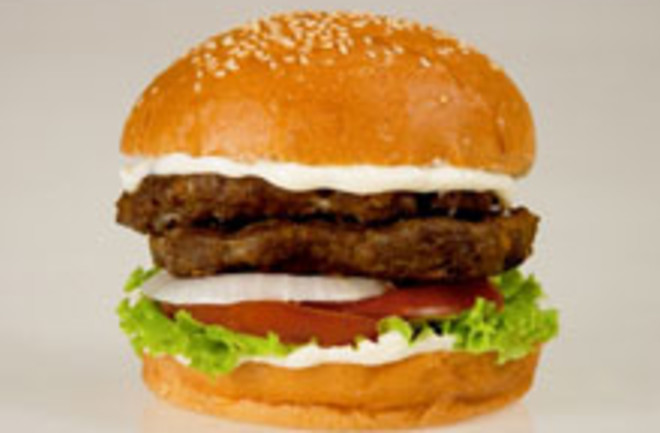 Remember the guy from Super Size Me who ate about 23,000 Bic Macs and never got fat? Ever wonder how he did it? Turns out he may have been born without the "fat enzyme." The enzyme MGAT2 is found in the intestines and determines the fate of our food by regulating how it is metabolized: It either makes fat go straight to your waistline, or converts it into energy. Scientists in California have discovered that when mice are missing the gene for MGAT2, they can eat whatever they want and never have to worry about getting fat. The University of California at San Francisco knocked out the gene in experimental mice to see how their bodies grew after feeding them different diets. When the normal and experimental mice were fed a diet low in fat, both sets of mice grew the same way. But when the mice were eating a 60 percent fat diet (i.e., a typical American diet), the experimental mice weighed 40 percent less and had 50 percent less fat than the normal mice. Not only does decreasing MGAT activity in mice reduce their chances of packing on the pounds, it also prevents them from developing other obesity-related problems such as fatty livers and glucose intolerance. While the researchers are unsure of precisely how the experimental mice kept the weight off, they think that when the mice are missing the MGAT2 enzyme, their body ultimately doesn't store or use the fat. Still, don’t go on a Big Mac binge just yet: Until scientist can figure out how to manipulate this gene to create the magic skinny pill, we will continue to metabolize food like we did when we were hunters and gathers. Related Content: DISCOVER: 20 Things You Didn't Know About Fat DISCOVER: Killer Fat DISCOVER: Fat Is Not The Enemy