Why Do So Many Lefties Play Baseball? It's Built for Them 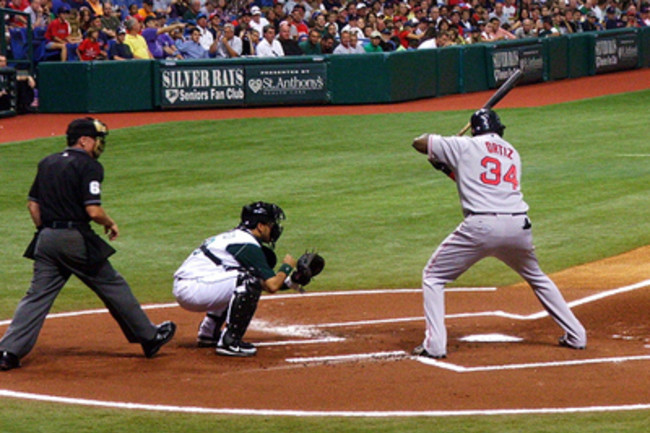 Anyone who has watched their fair share of baseball games has heard TV analysts, and probably other fans, wax ad naseum about strategic match-ups between righties and lefties. No truly complete lineup, they say, lacks at least one left-handed power hitter. No bullpen is complete without at least one left-handed relief pitcher to oppose those left-handed hitters. But why are there so many lefties in baseball in the first place? Twenty-five percent of baseball players are left-handed, as opposed to only 10 percent of the general public. Are lefties naturally more athletic? No, says David Peters from Washington University in St. Louis. Rather, he argues, the science of the game, right down to the dimensions of the diamond, favors left-handed people. Consider the following: 1. When a right-handed batter swings, his momentum takes him toward third base. He has to stop, and then re-start toward first base. But a lefty's swing takes him toward first base, and Peters says that an average lefty reaches first base one-sixth of a second faster than an average righty, which could make the difference between a hit and an out. 2. It's not just the infield, either. Because of the preponderance of right-handed people, who can't hit the ball as far to right field, the outfield fences in historic ballparks like Yankee Stadium and Fenway Park were built notoriously close to the plate. 3. Left-handed hitters fair better against righty pitchers, who are the majority, because they pick up the ball easier. If you're a right-handed hitter, the pitch looks like it starts out behind your shoulder. But a lefty sees it in front of him the whole way. 4. Lefty pitchers stay in demand because they can reverse that visual effect—left-handed hitters see the ball start out behind them. But lefty-against-lefty is additionally troubling for the hitter—because there are fewer total left-handed people in the world, lefty hitters have less experience against lefty pitchers, and end up taking some goofy-looking swings. 5. Left-handed pitchers face first base, making it easier to hold runners close to the bag or pick them off.

Overall, the odds of any one person making it to the Major Leagues are remote. But if you're born left-handed, consider it a leg up. That is, unless you want to play catcher. Then forget it.