Why Did Western Drs. Promote Tobacco While the Nazis Fought Cancer? 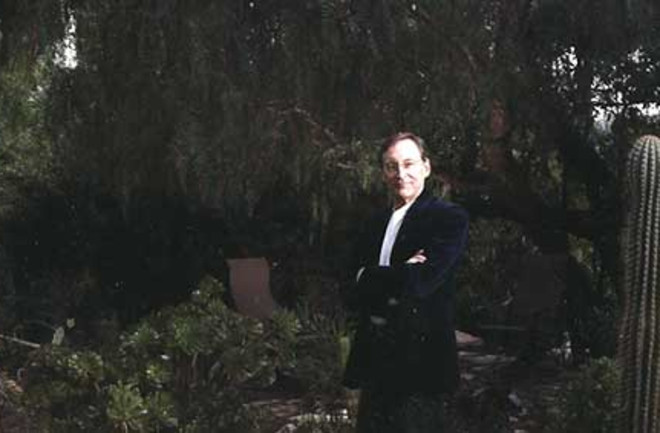 Pop quizzes are frequent for students in Robert Proctor’s history of science classes. “How old is the earth?” “How many millions in a billion?” “Are you convinced that humans share a common ancestry with apes?” Proctor’s passion is figuring out not only what his students know, but also what they don’t know. His drive is to explore aspects of science that most don’t see.

A professor of the history of science at Stanford University, Proctor has taught courses as varied as “The Changing Concept of Race,” “Tobacco and Health in World History,” and “Human Origins: Evidence, Ideology, and Controversy.” His ever-roving eye tends to focus on bad science made during good times, good science made in bad times, and the mass of ignorance lodged in our collective minds as a result of both.

Proctor is living what he calls “the ultimate dabbler’s fantasy,” taking on subjects that appeal to his questioning spirit. But the motivation behind that dabbling is often principled outrage and a drive to right wrongs. Some of those wrongs are big ones—he has been the scourge of the tobacco industry, testifying against it in many cases and writing books and articles about what those in the industry knew, when they knew it, and how they campaigned to hide certain facts. Other wrongs are seemingly small: Proctor notes that the agates he collects and polishes, although unique and rare, are considered cheap, while diamonds, plentiful and homogeneous, somehow have great value.

Last May saw the release of Proctor’s latest book, Agnotology: The Making & Unmaking of Ignorance, coedited with Londa Schiebinger. DISCOVER caught up with him at his Stanford office.

Just what is agnotology?It’s the study of the politics of ignorance. I’m looking at how ignorance is actively created through things like military secrecy in science or through deliberate policies like the tobacco industry’s effort to manufacture doubt through their “doubt is our product” strategy [spelled out in a 1969 tobacco company memo [pdf]]. So it’s not that science inherently always grows. It can actually be destroyed in certain ways, or ignorance can actually be created.

How common is the active creation of ignorance?It’s pretty common. I mean, in terms of sowing doubt, certainly global warming is a famous one. You know, the global warming denialists who for years have managed to say, “Well, the case is not proven. We need more research.” And what’s interesting is that a lot of the people working on that were also the people working for Big Tobacco.

Really?Yeah. The techniques of manufacturing doubt were created largely within the tobacco industry, and then they were franchised out to other industries. I have a chapter in my book Cancer Wars called “Doubt Is Our Product,” which is about the hundreds and hundreds of different industries that use these techniques of sowing doubt in order to minimize hazard, as do various trade associations. One of their goals is the idea of sowing doubt or questioning statistics. And they’re very powerful. You know the old saying: For every Ph.D. there’s an equal and opposite Ph.D.

One of the things I teach in my class is that the history of science is the history of confusion, and there are many, many confusions. In a lot of my work I look at how even crazy prejudices can sometimes create good science. For instance, we all think the Nazis were crazy, but in fact, you know, they did some amazing science—not just in spite of their ideology, but actually because of their ideology. And that’s the same with all strong ideologies. The Piltdown hoax [the 1912 discovery of a supposed skull of early man, which 40 years later was determined to be a human cranium and ape jaw fraudulently joined together] was actually perceived [as a hoax] fairly early on by creationists because they refused to believe that this could have been a real skull.

What are other examples of good science coming from bad ideologies?We tend to forget that the first manned space flight was produced at the height of the Soviet empire. I think the example of Mayan archaeoastronomy is an interesting one. There you have very competent elites who are involved in sort of blending calendrical astronomy with human sacrifice. That gets pretty hairy.

How did you develop this line of interest?Well, I have a lot of curiosity about the world. I’m very interested in combining science with politics and ethics. And I like to do what I call activist history of science—a history of science that is relevant to present-day policy and present-day suffering and also to historical suffering. So I like to use history to inform the present, but I also like to use the present to inform history.

It seems you have endless curiosity.I’m amazed by people who don’t ask questions constantly. I was raised to think that the good life is asking questions and then always realizing that there are infinitely many more questions and that basically what we know is an infinitesimal part of what we might know. I’m interested in human suffering. I’m interested in the big, unanswered questions—in the massive infinity of ignorance that we swim in.

Have you continued your focus on tobacco?I recently collaborated on an exhibit of the most outrageous tobacco ads called “Not a Cough in a Carload.” It’s centered on medical-themed tobacco ads: that tobacco’s good for your T-zone, that it calms your nerves. Scientific tests prove that brand A is better than B, or, you know, 20,000 physicians recommend Camels, and so forth. The use of athletes and models, and the artwork is just beautiful.

How did this kind of marketing come about?It was pioneered by the tobacco industry. They set out to have a massive public relations campaign to defend tobacco at all costs against science. They wanted science that was good PR. I think it’s mainly a post–World War II phenomenon, although there are a couple of exceptions if you go back earlier for specific industries. In the 1920s, lead was almost banned from both paint and gasoline, and the lead industry set out to have a campaign that softened the critiques. And then in the 1930s, you get Big Tobacco manufacturing consumer drive and convincing people this is a cool, natural thing to do, so it’s part of the history of marketing. It’s the applying of marketing techniques to science, which is rather diabolical in a lot of ways.

You’ve been very involved in tobacco litigation. What is the history of that industry’s response to challenges?

The tobacco industry started responding particularly in the 1950s with propaganda. That’s when they started their doubt campaign—the manufacturing of doubt, the manufacturing of ignorance. It was really rather new, certainly on the scale at which they pursued it. It was a new way of using science as an instrument of deception. And that’s become important recently. Franchised down into the global warming issue are the same techniques. Demanding ever-greater precision, invoking doubt, questioning the physical methods. Raising alternate possibilities. The whole realm of smoke screens and distractions.

How do you maintain the perspective essential to your kind of research?Well, I have three emotional principles in all my work. One is wonder, another is sympathy, and the third is critique. These are virtues of different disciplines that are generally not combined. Wonder we think of as a traditional scientific discipline or motive. It’s great to wonder at the grandeur and glory of the universe, the childlike wonder, the Stephen Jay Gould wonder, the Einsteinian wonder.

But there’s also the traditional historical virtue of sympathy, which is to realize that the world we live in really is kind of a moment in time when we have the entire history of the universe behind us that we can explore as well. And when it comes to human interpretation, it’s important to see the past the way the people saw it. So I’ve written two books on Nazi medicine, and the goal there was not just to condemn them, but to see how in the world they came up with those ideas and those movements and how they justified them to themselves. So we see them as full humans and not just scarecrows, so we can actually understand the depth of the depravity or whatever. But at least we see it honestly, and that’s a traditional historical virtue.

The third principle is critique, which is to realize that we’re humans first. If we’re cosmologists or historians, we’re at least humans first and then cosmologists and historians. We need to critique and show that there’s a lot of garbage out there, and we don’t want to be apologists for some horrific status quo where people are dying by the millions. And so we don’t just want to see things through other people’s eyes and we don’t want to just wonder at the glory of nature. We want to realize that there’s horrific suffering in the world and that we, as humans and as scholars, have a duty to do something about it.

Should other scientists be driven by the same motives?I think they’re good principles, certainly. We need to see the big picture. Scientists are often involved in work that’s just a small fraction of the picture. There are going to be specific motives for the research we do. Geology is centered on exploration for new fuels and things like that. But anytime we decide to fund one type of research rather than another, that’s a kind of political decision. It’s a social decision. It’s a collective decision about what we want to view as important.

You work in such widely different fields. Why didn’t you choose a specialty?Something is lost when people specialize. I like to see things like an amateur. The word amateur is literally “lover,” it’s from amore. Professionalism is often the death of intellectual inquiry. So I think there’s a kind of virtue of systematic amateurism that really needs to be rekindled. If you don’t love and hate and play and joke with your objects of study, then you’re really not treating them properly. I tell my students if you’re not angry and excited and enthralled by your topic, you should choose a different one.

How difficult is it to always be sorting out truth from lies—and to spend so much time thinking about ignorance?I’m not a skeptic; I’m a pragmatist. I think we have to live in the world and can’t be skeptical of everything. Trust is a fundamental part of being human. You have to evaluate the source, but you can’t be hypercritical or you’d drive yourself crazy. I believe in the common sense of most people. There’s a great deal of common sense in the world. There’s also a lot of common ignorance. It’s nearly boundless.