Why Can't All Medications Come in Ice Cream-Form? 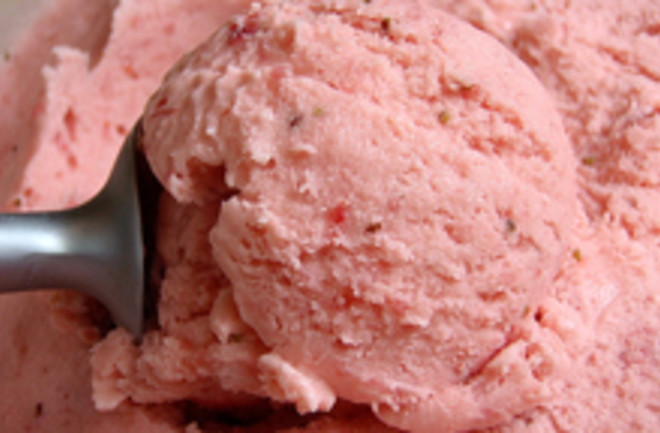 I scream, you scream, we all scream... for the medicine given to recovering cancer patients. The Scientist reports that LactoPharma, (a "collaborative research venture between the University of Aukland, the New Zealand government, and the country's largest dairy company, Fonterra Ltd.") has created a therapeutic, strawberry-flavored ice cream called ReCharge. ReCharge ice cream has gone through a string of taste-tests to ensure that the product satisfies the palette. However, one ingredient is a mandatory keeper: Lactoferrin, a protein found in milk that possesses the power to impede tumor growth and improve intestinal immune response. Because side effects of chemotherapy include the destruction of neutrophils (while blood cells) and intestinal cells, which often leads to infection and digestive problems, University of Auckland biologist Geoff Krissansen decided to test bovine lactoferrin on chemotherapy patients to see whether it could counter these side effects. The Scientist reports on the results:

Indeed, when fed to mice two weeks prior to chemotherapy, bovine lactoferrin helped increase immunoresponsive cytokines in the intestine, decreasing cell damage caused by chemo, and restored both red blood cell and neutrophil numbers.... The researchers also found that another bioactive component present naturally in milk—a type of “lipid fraction,” according to Krissansen—demonstrated similar results in mice. The scientists expect to publish these results in 2010.

But why serve up the lactoferrin in ice cream-form? Kate Palmano of the Fonterra Research Center explains: “We needed to formulate a product that was acceptable and palatable to patients, but that was also suitable for the bioactives." The bioactive in question, lactoferrin, is a protein that can change form and function in warmer temperatures. “Plus," Palmano adds, "people going through chemotherapy typically lose their appetite. Why not give them a treat like ice cream?” LactoPharma plans to develop more foods and pharmaceuticals incorporating milk’s protective mechanisms. Related Content: Discoblog: Fiber-Filled, Antioxidant-Packed Ice Cream—Brilliant? Sacrilegious? Nasty?

Discoblog: NCBI ROFL: I scream! You scream! We all scream…from ice-cream headaches.

Discoblog: Not Freezing Ice Cream Would Help the Environment; Not Eating It Would, Too