Bats are the source of more dangerous viruses than any other mammal. Evolutionary tricks and fierce immune systems make them the perfect hosts. 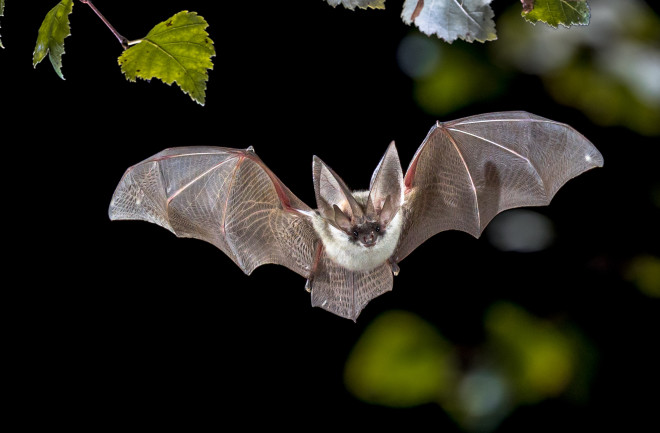 We keep hearing about bat-borne viruses, outstanding in their virulence and destructive powers. Most recently, some scientists have laid the blame for the coronavirus epidemic on the furry, winged creatures. What makes them such hotbeds of deadly disease?

Bats are responsible for some of the most fear-inducing zoonotic viruses — those that spread from animals to humans — in recent memory. Ebola, SARS, Marburg, Nipah and more have been traced to the world’s only mammal capable of sustained flight. A new study suggests that their unique niche in the animal kingdom may be responsible for this viral track record.

Essentially, some of the same adaptations that let bats take to the skies also endowed them with a high-functioning immune system, according to the study, published earlier this month in the journal eLife. That powerful immune response thwarts invading viruses, driving them to adapt more rapidly than they would in other hosts. This tends to produce viruses far deadlier than the pathogens found in other creatures. So when one of them does leap to humans, the consequences are often alarming.

“The virus can replicate faster in a bat host without damaging the bat,” says Cara Brook, one of the study’s lead authors. “But when it emerges into something that lacks a bat immune system, it’s extremely virulent.”

Previous studies have shown that bats host more zoonotic diseases than any other taxonomic order. They’ve also shown that the fatality rate in humans for those diseases is higher than for viruses from other animals.

But until now, research has yielded few insights into why bats are a breeding ground for dangerous viruses. Brook, a postdoctoral fellow in the Glaunsinger Lab at the University of California, Berkeley, and her colleagues concluded that the bat immune system — and the relentless viruses it breeds — are side effects of the way they evolved to take to the skies.

Read More: Zoonoses: The Diseases Our Cats and Dogs Give Us

Flight, as Brook puts it, is “extremely physiologically expensive.” To diverge from their earth-bound ancestors, bats had to develop not only wings, but also a metabolic rate far higher than that of tiny terrestrial mammals. In any other animal — especially such a small one — this would come at the cost of a shorter lifespan, because elevated metabolic levels produce more cell-damaging free radicals.

“Bats kind of fly in the face of that,” she says, “because they reach these really high metabolic rates, they’re small-bodied, and yet they’re long-lived.”

It seems they’ve found the ultimate anti-aging serum in a set of physiological pathways that reduce stress to their bodies, repair DNA damage and tamper inflammation, allowing them to live up to 40 years. Other similarly sized mammals might live just a few years.

Bats combine these evolutionary tricks with another tool: interferon-alpha. It’s a protein common in mammalian immune responses, used to signal to other cells throughout the body that they must fortify themselves against imminent attack.

“That causes cells downstream … to go into an anti-viral state,” Brook says, “basically restricting viral entry into those neighboring cells and halting the progression of the infection.”

That immune response, triggered by interferon, also produces inflammation, which causes the achy sensation that often accompanies illness. Too much of it can severely damage the human body, but because bats adapted to minimize inflammation, they can take this interferon response to the extreme.

One of the bats Brook and her fellow researchers studied was the Australian black flying fox, which has reserves of interferon on perpetual standby to fight infection. This allows for an immediate, robust defense that would overwhelm animals without the bat’s anti-inflammation pathways.

Their robust defenses mean that bat cells have effectively walled themselves off from viruses. But that doesn’t mean the viruses disappear. Instead, they linger, existing within the bat for perhaps its entire life — and replicating at a speed not seen in other species. Thus were born some of the fiercest diseases of our time.

When these bat-hardened strains spill over into human populations, they often wreak more harm on our bodies than those from other sources. As research begins to elucidate their unique potency, Brook hopes to find ways to predict which species are likely to produce the worst epidemics.

Even as she acknowledges bats’ threat to public health, Brook is careful not to demonize the creatures. She notes that outbreaks of diseases originating in bats seem to be growing more common as humans encroach upon their habitat, stressing the animals and causing them to shed more saliva, urine and feces, which contain viruses. She argues that conservation could benefit both our species and bats at one stroke.

“It’s really easy to get into this climate of seeing bats as kind of an incubator for these terrible infections,” she says. “I do believe that bat-borne viruses pose threats to human health, but I think those threats can be mitigated in ways that involve protecting these populations in the wild.”