Why are veiled women creepy? 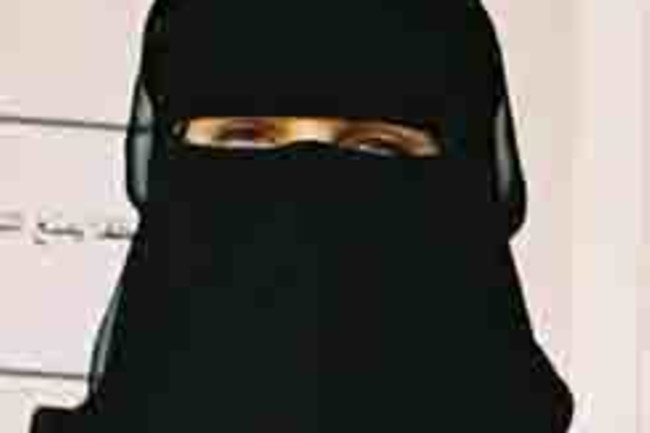 Aside from the fact that they remind those of us who were exposed to Japanese movies of ninjas, why are veiled women so disconcerting? I bring this up because Jack Straw over in England is causing a controversy by talking about the fact that when he meets female constituents who are veiled he asks them to remove it. Of course some Muslims are saying that their religion demands a veil, which is utter bullshit, their interpretation of their religion demands it. I know from personal experience that even many Muslims find the veil disturbing and are uncomfortable with it. Occasionally people will laugh at the fact that "you can't see them, but they can see you," but I think this highlights a basic psychological reality:

. Our species has a gestalt ability to recognize and perceive emotion in faces. This is innate, it isn't learned, we're born with it. I offer that the hijab, which only covers the head, or a turban, or a some other such distinctive garment, are not as disturbing because the face is still visible. Fundamentally, while some types of clothing are markers of distinction and difference, the veil is one which forces a separation between two human beings on a very deep level. The interaction between a veiled and unveiled individual is fundamentally asymmetrical as one individual can still absorb all the critical facial information while the other goes "blind." When veiled women lived mostly in seclusion in pre-modern times this was not a great consideration, as they went unveiled amongst themselves, but today some veiled women assert the right to a public life, in the professions, and what not. And so of course new problems emerge. Can you imagine the sort of debate that would erupt if a veiled woman asserted the right to enter a poker tournament? The discussion is fine as it is on focusing on the social-cultural dimension. My only point is that there is a neuropsychological difference between particular forms of dress which seem atypical, and the veiling of the face. The latter elicits a "gut" sentiment which is not necessarily learned in my opinion. Some Westerners make the assertion that Black Moving Objects, the Saudi women in their abayas, are dehumanized. On a rational level this isn't so, they bleed red like you and me, but as human beings we recongize conspecifics by particular cues, and I do believe that the shapeless form of these outfits combined with the facelessness of these individuals does render them in-human on an instinctive level.