Why Are Heart Attacks More Frequent In December And January?

Heart attacks increase in December and January, but it may have more to do with the warning signs than the weather. 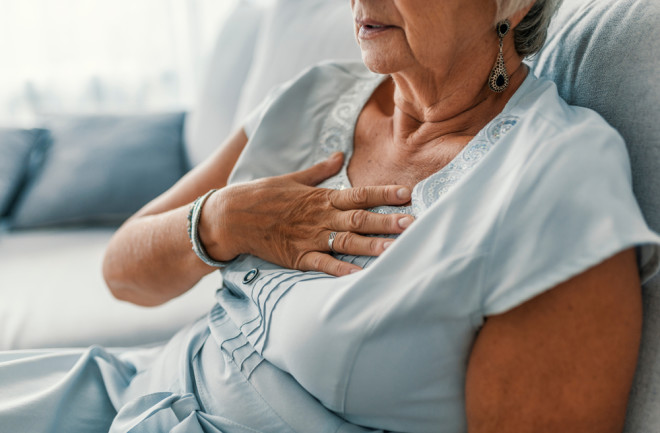 January can be a bleak month. The weather is cold, the skies are gray and there is a persisting spike in heart attacks.

Researchers have identified that people are more heart attack prone in January and December than in other months of the year. This phenomenon doesn’t appear to be weather-related, and scientists are trying to learn why more people succumb to cardiac events during this time.

Scientists urge people to learn the symptoms of a heart attack and not ignore any warning signs — especially during heart attack season.

The Deadliest Time of the Year

Studies have found that most heart attacks occur on Christmas Day, then on December 26 and January 1. Scientists initially thought the increased incidents were due to cold weather. Then, a 2004 study in the journal Circulation sought to see if cardiac deaths were related to the holidays, not the falling mercury.

The study authors looked at a database of death certificates from 1973-2001 through The National Center for Health Statistics (NCHS). They noted what time of year the deaths occurred and how the person passed. They took note of all death types, not just cardiac-related mortality.

The researchers then combined cardiac deaths for all the years in the sample and created a chart that showed the frequency of which days in the calendar year these events occurred. The result was a chart that resembled a hill. Cardiac deaths were lower in July, built as the year progressed, and then peaked on Christmas Day. There was a slight drop and then another peak on January 1. The cardiac death rate remained high through January and then began dropping in the spring and early summer.

Public health researchers around the globe have also questioned whether their country has a heart attack season. In a 2018 article in BMJ, scientists suspected that Sweden saw a spike in heart attacks during the winter holidays. They examined data from 1998 to 2013 for cardiac-related deaths for the two weeks before Christmas as well as the two weeks after. They also looked at data from summer-time events, including the Olympics and FIFA World Cup.

The study found that the overall risk for a cardiac event increased by 15 percent between Christmas and New Year’s Day. The risk was greater for people 75 years and older, diabetics and those with a history of coronary artery disease.

There was no association between heart attacks and the summer-time sporting events, which may have been expected due to Sweden’s World Cup struggles during the years in the data sample.

A similar study in Norway found that heart attacks increased on December 22 and persisted at a higher rate into January. And a study in New Zealand — which experiences summer in December and January — also found late December into early January to be a time of increased cardiac events.

Scientists have established there is a heart attack season associated with December and January. But they aren’t sure why there are more cardiac-related mortalities during these months.

The authors of the 2004 Circulation article explored several possible explanations. The drop in temperatures during the winter months has long been blamed for heart attacks because the cold weather increases blood pressure and restricts blood vessels. But the study found an increase in heart attacks in Los Angeles, which has a relatively mild winter, and a slight decrease in states bordering Canada, where frigid winter temperatures are typical.

Read More: Repairing the Damage After a Heart Attack

Instead of blaming the weather, the study’s authors suggested more heart attacks might have occurred during the holidays because people ignored symptoms and delayed treatment. Other studies have found that emergency room and urgent care admissions drop on holidays and increase the next day.

The authors proposed that people don’t want to interrupt or ruin the holiday for others. If a person feels a tingle in their arm or a building chest pain, they might chalk it up to indigestion from holiday overindulgence. Or they might keep quiet about their symptoms until the emergency becomes obvious to others.

Thus, the authors concluded that “holiday-induced delays” in seeking medical treatment can have fatal consequences.