Which Strains of Marijuana Put the Least Strain on Memory? 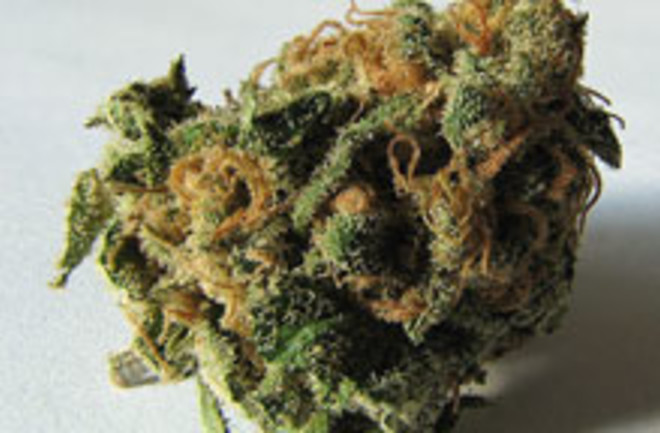 California's Proposition 19, a November ballot initiative to legalize marijuana, has fueled the ongoing fight over the drug's health risks. While that battle has a month to go, a new study out in the British Journal of Psychiatry this backs up the idea that pot's cognitive impairment is all about the makeup of the marijuana you're smoking.

Valerie Curran and colleagues studied 134 volunteers as those volunteers smoked from their private stashes in their homes. The scientists had their subjects take a series of cognitive tests, both high and sober. They then took a small portion of the pot to the lab for analysis.

Curran found striking differences in the chemical compositions of different users' marijuana, and those differences appeared to play a large role in how well the smokers performed on the tests while high.

The key difference between the types of cannabis is the ratio of two chemicals found in all strains. Tetrahydrocannabinol (THC) is the primary active ingredient, and is responsible for the effects associated with the classic 'high', including euphoria and giddiness but also anxiety and paranoia. The second chemical, cannabidiol, has more calming effects, and brain-imaging studies have shown that it can block the psychosis-inducing effects of THC. Skunk-type strains of cannabis contain a higher ratio of THC to cannabidiol than do hashish or herbal types. [Nature]

People who smoked marijuana with the highest cannabidiol levels—with concentrations as high as 0.75 percent—shared no impairment during the tests. But people who smoked marijuana with the lowest levels—down to 0.14 percent or less—performed worse and forgot more words while they were high. The type of pot known as skunk, which has been bred for THC potency, got the most demerits when it came to short-term memory and cognition effects.

A previous study had not found this difference — but the author of that research told Nature News that he thinks this is because his group studied only the marijuana supplied by the U.S. government, rather than the much more varied weed smoked by illegal users. [TIME]

That previous author, Aaron Ilan, says he didn't have a choice: The government doesn't allow U.S. researchers to study any other marijuana than what's supplied by the National Institute on Drug Abuse. Ilan says that research weed is weak and low-quality, so the results it gives probably don't reflect reality. The wide range of pot that the British researchers found certainly suggests the same.