Aristotle established a one-size-fits-all rating that endured for centuries, but new research says upbringing, training and environment can determine which of the five senses are most important. 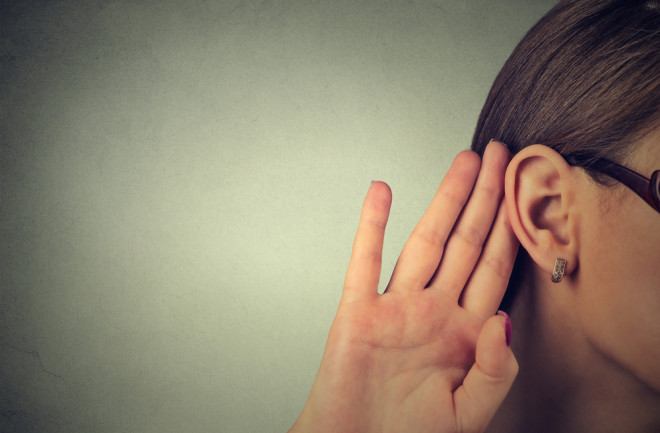 Take a moment and picture a banana in your head. That was probably pretty easy, and most of us would probably describe the image as having been pretty vivid. Now try to imagine how a banana smells.

Chances are, you probably feel less confident in your ability to imagine and describe its smell than what it looks like.

Aristotle might consider this evidence for the hierarchy of senses he proposed in the fourth century B.C. His rankings were based on which senses were most important for us to experience and survive in the world. The top sense was sight, followed by hearing, smell, taste and then touch. Sight and hearing allow us to sense things from a distance and so were deemed critical for survival, whereas taste and touch require contact. Smell fell somewhere in the middle.

For centuries, many other scientists and philosophers have accepted Aristotle’s hierarchy. It’s not easy to define the importance of a sense, let alone find scientific ways to rank it, and the great thinker’s hierarchy seemed to make, well, sense. Nonetheless, modern researchers have started to find that the importance we place on each of our senses is not as universal as we might have thought. Along with biology and evolution, our separate cultures, habits and environments can influence how much humans rely on each of their senses to get information about their surroundings.

Some scientists study the issue by evaluating how much space the brain devotes to processing each sense. Sight, for example, takes up about a third of the brain, whereas the olfactory bulb — our central processing unit for smells — is comparatively tiny, taking up only 0.01 percent of brain matter in humans.

So far, it looks like Aristotle’s ancient hierarchy might hold up, though we still have a lot to learn about how our brain perceives the outside world. Of course, we can train our senses to perform differently, and this training is reflected in the real estate our brains devote to the senses involved. “For example, in piano players, if you map their brains, you can see that their fingers have a bigger representation in the brain than non-piano players,” says Marc Ernst, a physicist turned cognitive psychologist at Ulm University in Germany.

Even using Aristotle’s criteria of how much we rely on each sense for survival, his original ranking might not stand. In the modern world, being blind usually doesn’t put your life in danger to the degree it might have centuries ago. On the other hand, says Ernst, “there’s basically no one without a sense of touch, and the reason is that you cannot survive without a sense of touch.”

More recently, another sense-ranking strategy has emerged: analyzing language. Asifa Majid, a psychologist who studies language at the U.K.’s University of York, says that one of the reasons that Aristotle’s hierarchy has withstood debate as long as it has is because the English language seems to confirm it. We have a far more extensive vocabulary to describe things we see, like colors and shapes, than we do to describe things we smell or taste. A few years ago she set out to see if that was true in other languages as well. Majid suspected she’d find a little bit of variation, “maybe one or two languages might do something different,” she says.

For example, Ted Gibson, a psychologist at MIT who studies how remote tribal communities use language to describe color, says that some tribes only have a few words to describe white, black and red. It’s not because they can’t see more colors, but, he thinks, because there’s less of a need to discuss them. “They see the same things we see — the same sunset, the same huge spectrum of color as we see. They just don't need or want to talk about it as we do. Probably, the reason is that they don't have many pairs of objects which are identical except for the color. That's when we need a color word to be able to say which of two things we're talking about,” says Gibson. “In industrialized cultures, we have industrialized goods which are identical except for color.”

Instead of occasional nuances in especially unique cultures (like tribal communities) Majid found that of the 20 languages she explored, English was the only one that matched the hierarchy of the senses. The other 19 languages — which included three different types of sign language — each suggested different hierarchies.

Next, she and her team tried to predict what cultural aspects might be influencing the differences. “We were able to predict some aspects of the data,” she says. “It does seem to be the case that if you have musicians in the community, everybody — not just the musicians, but everybody — shows more agreement in how they talk about sounds.”

But Majid wasn’t able to predict all the differences. Perhaps her team just hasn’t identified the right cultural difference yet, or it could be that environment plays a role. In more humid tropical regions, for example, there are more volatiles — chemical compounds that humans smell — in the air, which may increase the likelihood that people who live there rely heavily on their sense of smell.

Still, Ernst points out that we rarely process information with just once sense. If instead of being asked to picture a banana, you were asked more generally to think about a banana, you might see it in your mind, but you probably also think of its flavor or its texture. There’s a lot we might miss about a banana if we only take in its shape and color. “It doesn't make sense to have only one sense, because it's usually not allowing you to do everything,” says Ernst. “The question is, how does it all go together?”