Despite the prevalence of circumcision since ancient times, the procedure has sparked more recent debate over its health benefits and impact on sexual satisfaction. 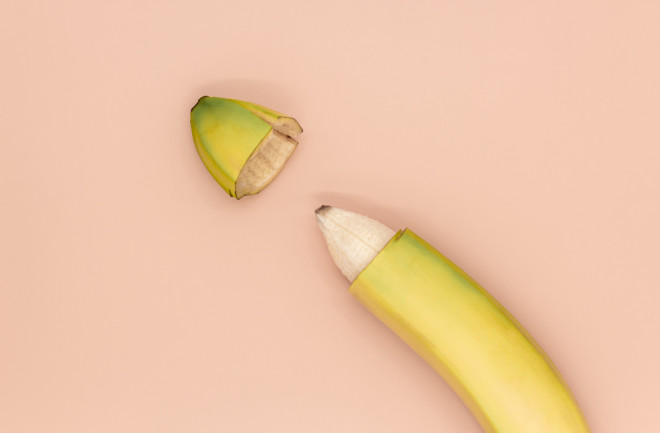 From trepanation, the process of drilling a hole in one’s skull to release evil spirits, to cataract surgery, a number of ancient medical practices are still performed today. Among the most common and disputed of these lingering procedures: circumcision.

While the procedure has evolved over time, and can vary widely from one culture to another, the fundamental steps have remained the same: a medical professional or spiritual healer uses a sharp object to remove the bit of skin that covers the tip of the penis.

Circumcision seldom takes more than ten minutes to perform, yet its consequences stay with recipients until the end of their lives. A circumcision can influence the way in which people perform basic bodily functions like urinating, and often plays an important role in their private life as well.

Amid its current widespread practice, circumcision prompts a number of unresolved questions. As with many age-old surgeries, experts haven't entirely agreed on where its religious significance stops and its medical benefits start. Some medical professionals have argued the foreskin — though often seen as useless and inconvenient — may actually serve a crucial, hidden purpose.

The Origins and Benefits of Circumcision

Just how circumcision began remains a mystery. In the Abrahamic religions, the practice can be traced back to Abraham’s covenant with God. But circumcision is actually much older than the religions that codified it: Ancient reliefs indicate that circumcision was first systematically practiced in Sixth-Dynasty Egypt, possibly during an induction ritual for new priests.

Some experts believe the increasing prevalence of circumcision among world cultures occurred due to its health benefits. For instance, nomadic communities with infrequent access to water might have taken up the practice for hygienic purposes. By promoting fertility, circumcision could have allowed communities to grow and therefore spread their practice.

But most of the origin stories behind circumcision are concerned with religious matters rather than reproductive health. The first doctor to promote circumcision, Jonathan Hutchinson, conducted an erroneous but nonetheless influential study in 1855. His work hypothesized that London’s circumcised Jewish population was less vulnerable to venereal disease than their uncircumcised neighbors.

The foreskin, Hutchinson explained in 1890, “constitutes a harbour for filth, and is a constant source of irritation. It conduces to masterbation, and adds to the difficulties of sexual continence. It increases the risk of syphilis in early life, and of cancer in the aged.”

Hutchinson was not the only doctor who promoted circumcision to non-religious patients. Other noteworthy medical professionals, including pediatrician Nathaniel Heckford and New York surgeon Lewis Sayre, claimed circumcision could be used as a viable treatment for a number of ailments, from paralysis to chorea and epilepsy.

The notion that circumcision was medically beneficial spread from England to the U.S. and across the world. South Koreans, for example, started performing circumcisions on young people after the Korean War. Influenced by American involvement, they cited health reasons as the primary motivation behind their state-sponsored circumcision programs.

Foreskin: The Vital Versus Vestigial Debate

John Harvey Kellogg, an American doctor and nutritionist known for his cornflake brand, staunchly believed in circumcision for this very reason. In his 1888 book, Plain Facts for Old and Young, he wrote that the procedure is “almost always successful in small boys,” adding that “the operation should be performed by a surgeon without administering anaesthetic.”

Kellogg thought the “brief pain attending the operation” would have a “salutary effect upon the mind, especially if it be connected with the idea of punishment.” Once the Victorian era concluded and attitudes toward sex shifted once again, sentiments like these inspired modern physicians to take a closer, more precise look at circumcision.

In 1946, physician Douglas Gairdner published an influential paper that considered the procedure’s supposed health benefits with a fresh perspective. Though circumcision can indeed be used to treat conditions like phimosis (the difficulty or inability to retract the penis head), these conditions are too rare to warrant the technique's widespread implementation.

In the same article, Gairdner proposes that the foreskin is far from vestigial, a term applied to features that have lost their function during evolution. lnstead, he says, it may actually serve a small yet significant purpose in newborns: protecting their sensitive glans from any irritation or injury that may result from contact with sodden clothes and diapers.

Tapping into the rapidly changing zeitgeist within the medical world, Gairdner’s research garnered wide support and spawned activist groups such as Doctors Opposing Circumcision. Such organizations argue that, since pretty much every kind of mammal on the planet has been provided with a foreskin, there must be a logical explanation for its existence.

Though Gairdner’s study grew influential, it was published in a time when medical research on reproductive organs and sexually transmitted diseases was slim. The last several decades have seen a drastic increase in studies, most of which have come to disagree with the original inquiry.

A 2005 Archives of Disease in Childhood study on neonatal circumcision found the procedure may reduce urinary tract infections in infants by nearly 90%. Other studies have highlighted how this reduced risk could continue into adulthood. All in all, accumulating evidence behind the health benefits of circumcision has prompted American doctors to wonder why their European colleagues don’t promote the surgery.

Though anti-circumcision activists may argue that foreskin protects against STDs, studies have found the opposite when it comes to diseases such as HIV. In fact, data aggregated from clinical trials in Africa indicates uncircumcised men may be twice as likely to contract HIV as circumcised ones.

A 2013 study conducted by the British Journal of Urology International also hinted at “the importance of the foreskin for penile sensitivity” after a large population of circumcised males reported a decrease in sexual pleasure. The study was heavily criticized, and sparked additional surveys that concluded circumcision neither decreases nor increases pleasure.

Thus the question of penile sensitivity, like many other uncertainties surrounding circumcision, remains unanswered. Researchers hope that the growing raw data could eventually paint a clearer picture.