When Scientists Act Like Jerks, Asian-Americans Reach for a Hamburger 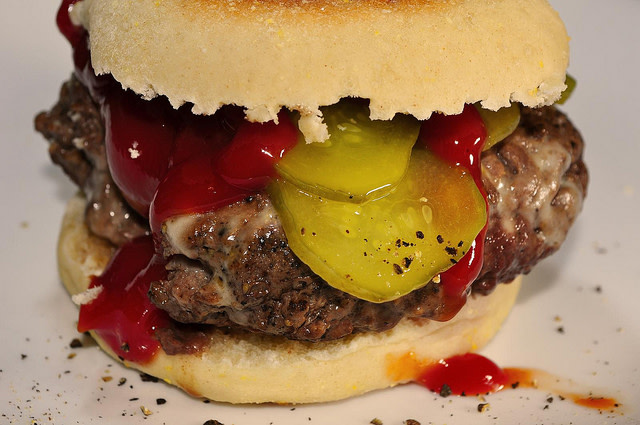 What’s the News: Fitting in is a perennial problem for almost everybody, especially immigrants and their children (for more, see The Joy Luck Club

). And anxiety about food is definitely part of it: when your friends think your mom’s home cooking is weird, well, maybe you’ll just pretend you don’t like it either. In fact, maybe you’ll eat more French fries and pizza than is entirely healthy to fit in, something that might explain why newly arrived immigrants balloon to the rest of the U.S. population’s levels of obesity in just 15 years. In a study designed to see how being perceived as un-American changed peoples’ food choices, scientists behaved badly and then brought out the menus. How the Heck:

The Future Holds: A readjustment of what people think “American” food really is, the researchers hope. Ironically, they point out, the white students, who embodied the prototypical American identity the others were aiming for, didn’t eat nearly as much American food as Asian-Americans who felt threatened. “Hopefully, such efforts will become less necessary,” the researchers write, “as U.S. society broadens its definition of what is considered American food and who is considered American—so that Asian Americans eating sushi or kimchi will one day raise no more suspicion that they are foreign than do white Americans eating hamburgers and French fries.” Reference: Guendelman, M., Cheryan, S. & Monin, B. Fitting in but getting fat: Identity threat as an explanation for dietary decline among U.S. immigrant groups. Psychological Science