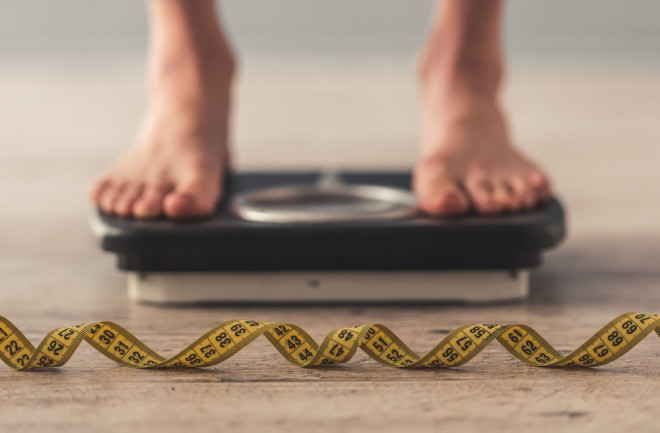 (Credit: By VGstockstudio/Shutterstock) If the recent debate over being "fat but fit" taught us anything it's that our health is anything but binary. Carrying around a few extra pounds is by no means an indicator of overall health, and being slim doesn't guarantee longevity. As scientists tease apart the components of a individual fitness, they must consider cardiovascular, metabolic, mental and immune health, as well as other factors. Even when it comes to fat, new research confirms it may be less about how much we have and more about what kinds of fat our bodies hold on to, and where they do it. White Hat Fat Fat comes in two main categories: the visceral fat that surrounds our organs and the subcutaneous fat that lies just under the skin. Most of our fat is subcutaneous, and that's a good thing, because it's much better for our bodies. Visceral fat cells tend to let go of fatty lipids soon after they're stored, allowing them into the bloodstream where they can cause health problems. This realization was important because it indicated not only that the two kinds of fats affect our bodies differently, but it also hinted that fat might not necessarily be all bad. On the flip side, doctors recently learned that some 20 percent of lean Caucasians possess two or more signs of metabolic syndrome usually only associated with overweight people. These are things like high blood pressure, elevated triglyceride and glucose levels and low HDL (or "good") cholesterol. The effects of these symptoms were worrying — a 300 percent increase in mortality, according to Norbert Stefan, a professor at the University of Tübingen in Germany specializing in metabolic diseases. Where the Fat Falls After conducting a review of the literature, Stefan and his coauthors released a study today in Cell Metabolism that found a paradoxical correlation. The hallmarks of metabolic syndrome seemed to appear only in individuals with less subcutaneous fat in their legs. Those with higher levels of leg fat were actually healthier. Adding to the mystery, this puzzling connection didn't show up in overweight individuals. And, the correlation only holds for leg fat. Stefan thinks that it has to do with how leg fat behaves. Just as subcutaneous fat is better at holding on to lipids than visceral fat, leg fat cells are better than abdominal fat cells at keeping lipids out of the bloodstream. "Subcutaneous leg fat is like a sponge that keeps the fat trapped. And as long as the fat is being trapped, [it does less harm] to the organs," Stefan says. This helpful kind of fat actually contributes to our overall health by converting fat into energy stores, as opposed to allowing it to roam around the body. Stefan’s team thinks that the 20 percent of people whose bodies don't store leg fat likely have an impaired sensitivity to insulin, which helps our bodies store fat. (This is backed up by a 2011 study which found that variations to the IRS1 gene, which codes for a protein that helps cells respond to insulin, are associated with reduced levels of fat storage as well as metabolic issues.) The work amounts to a further narrowing of our understanding of fat. It's more than a jiggle around the waist, or a gelatinous mass to be extracted. Fat cells play an important role in regulating metabolic processes within our bodies, and without the right kinds in the right places, we can't really be healthy.

More From Discover
Health
What Science Says About the Weight-Loss Potential of The One-Meal-a-Day Diet
Health
Why Walking Might Be One of the Best Exercises For Health
Health
Calorie-Restricted Diets May Not Live Up to the Hype
Health
Do 3,500 Calories Really Equal a Pound of Fat?
Health
The Rise Of The Obesity Epidemic
Health
Less Sleep Linked to Increased Sugar Consumption in Teens
Recommendations From Our Store
My Science ShopDiscover STEM Kits
My Science ShopDiscover 2022 Calendar
My Science ShopStrange Science
My Science ShopElements Flashcards
Shop Now
Stay Curious
Join
Our List