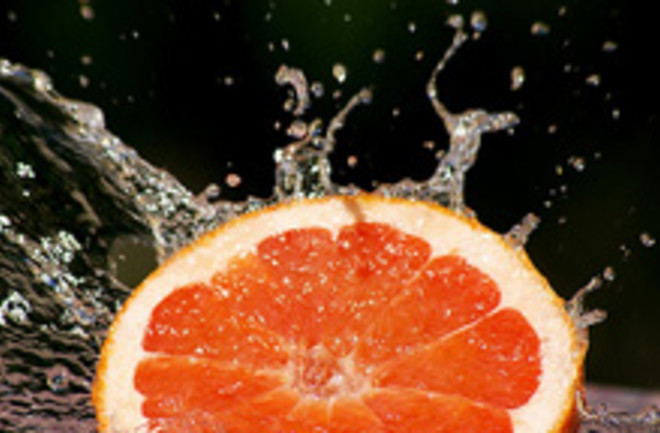 Women on birth control, watch out: You might want to think twice before eating your next grapefruit. Three days in a row of it almost cost a woman her leg. It turns out the citrus fruit interacts with a number of drugs, and unfortunately for one 42-year-old woman in Washington, the birth control she was taking happened to be one of them. Grapefruit magnifies the pill's estrogen effects, one of which is increasing the chances of a blood clot. She was also found to have a gene mutation, the factor V Leiden, which ups the the risk of blood clotting even more. The woman had gone on a long drive the previous day, and felt intense pain in her leg afterward. She didn't think much of it until the next day, when her leg turned purple. Doctors at the emergency room diagnosed a "limb-threatening situation" and gave her an injection to dissolve the clot. Only after learning about her regular grapefruit-for-breakfast diet did they advise her to stop taking the contraceptive, and give her a blood thinner. Thankfully for her (and for the grapefruit industry), she won't need the amputation. It doesn't happen often, and doctors made a point to say that there is no cause for alarm—grapefruits do not pose a "threat to society at large." Rather, they say the long road trip played a larger role in narrowing the woman's vein than did the grapefruit alone. Moral of the story, if you're prone to blood clots, find a snack other than grapefruit if you're going on a long trip! Or just stop the car and walk around every once in a while. Related Content: Discoblog: Taking Blood Pressure Meds? Better Lay Off the Juice