Several new strains of the coronavirus have been identified — and they're more contagious. Here's what's known about how they spread, how well the vaccines work against them, and the symptoms these variants cause. 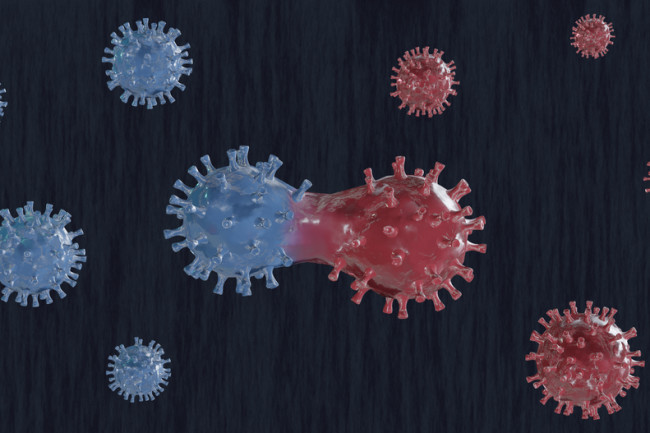 A virus can’t make plans, but it is still driven by one goal: make more viruses. The virus responsible for COVID-19 is no different. Lately, virus offshoots like the strains from the U.K., South Africa, and Brazil have become so good at their goal that they’ve gained international attention, and a handful of similar U.S.-based variants are also emerging. Discover set out to answer some basic questions about them.

First, what a strain is: viruses, including SARS-CoV-2 (the one behind COVID-19), have genetic information that is constantly mutating as viruses make copies of it. New “strains” or “variants” are a mutated version of the SARS-CoV-2 virus that are found in large numbers, and that can also increase more quickly than other versions of the virus, according to Dan Jones. Jones is the vice chair of the Division of Molecular Pathology at Ohio State University's medical school. Jones also led a research team that discovered one of a handful of U.S.-based strains dubbed the “Columbus” strain in January.

Not all multiplying mutated viruses count as a “strain” though, because some mutations may have little to no effect on how the virus behaves. What also defines a strain, but is harder to pin down, Jones says, is that the new group of mutated viruses are “biologically significant or medically significant.” A new strain must work differently in humans than the original strain. And in the case of the U.K., South Africa, and Brazil strains, there is cause for concern because of how fast they spread from person to person. But so far, experts say the tools we use to fight COVID-19 will work for the strains, too.

Spike proteins that bind more to our cells well are also able to then enter our cells more successfully. Because the SARS-CoV-2 virus can only replicate once inside a host cell, the spike protein mutations allow them to reproduce more effectively. And because their increased ability to reproduce fast makes us sick, these new, more “effective” strains are concerning.

How do viruses mutate, and is it any different with COVID-19 than when, for example, the common flu mutates?

Viruses can mutate when they make copies of their genetic information. In SARS-CoV-2, this genetic information is RNA (as opposed to DNA), and when a virus makes a “mistake” in copying the RNA sequence, a mutation in the genetic code can occur. Jones says, “The virus is always making mistakes when it copies itself.” But for a strain like the U.K. variant to emerge, “you also need those mutations to be passed from individual to individual, many, many times.”

The way the SARS-CoV-2 virus mutates is different from how the influenza or “the flu” does. According to Jones, flu viruses can replicate in a way that makes mutations happen faster, which is why people are encouraged to get a new flu vaccine every year: it changes rapidly, and each vaccine is different to match the latest kind of flu. SARS-CoV-2 mutates more slowly, in a way that more closely resembles how human cells can mutate, Jones says. However, the new variants, especially the most closely studied UK strain, appear to be more contagious or transmissible than the original strain.

What does “more contagious” really mean? Is a new strain itself better at infecting people once they are exposed?

Yes. The WHO and the CDC have reported that the U.K. strain has “increased transmissibility” compared to the original viral strain that dominated in the first months of the pandemic (which was, interestingly enough, a variant iself). In fact, a pre-publication study reported that cases of the U.K. strain were doubling in the U.S. around every 10 days, with increased transmissibility of 35-46 percent. Compared to the original strain, these new strains are, in fact, “better” at infecting people and doing so more rapidly.

For example, if two people were exposed to the same amount of virus from the original strain and the U.K. strain, the new strain would be better at successfully binding to host cells, reproducing more rapidly, and infecting the person. This means that someone with one of the new variants is more likely to pass the strain on to others because the viruses they transmit are both better at “sticking,” and subsequently present in higher levels as a result of their rapid multiplication.

In addition to being more contagious, do new strains cause different or more serious symptoms?

Not necessarily, but this is a question scientists are still trying to accurately quantify. Initial data from the U.K. suggest that people infected with the U.K. strain may be more likely to die — but the risk of death may have risen because the virus is better at replicating, which ups its chances of infecting more people.

“It can strictly be a numbers game, right? This variant infects more people, thus, you're going to see higher rates of hospitalization, higher rates of death,” says Omai Garner, Clinical Director of Microbiology for the UCLA Health System, whose lab does genetic sequencing of the virus. For the same reason, Garner says people infected with a strain may be more likely to develop symptoms — but how severe they are may or may not be affected. “You can actually become more contagious as a virus but not necessarily make people more sick,” says Jones. “Meaning someone could still have mild illness, but then they actually have more virus to spread around.” But as with the original strain of the SARS-CoV-2 virus, a number of factors like age, sex, and pre-existing health conditions can affect how serious an infected person’s symptoms are. The same goes for the new strains. However, there’s still much left to be known, and Garner says he’s not ruling out the possibility of more severe symptoms. Research has also linked increased viral load or “more virus” to more severe symptoms, and increasing the amount of virus quickly is what the new strains seem to be best at.

Does the vaccine work as effectively against variants? How do we know?

So far, scientists think so. Initial research from Moderna has found that their vaccines are slightly less effective at neutralizing the virus in lab tests, but to such a relatively small degree that it’s not likely to affect the vaccine’s protective ability. They know this from performing “neutralizing” tests. In a laboratory test like this, Gardner says, antibodies from someone who was recently vaccinated are put into a dish with the virus cells and host cells that it could potentially infect. With the vaccines like Moderna and Pfizer, which are known to be effective, the antibodies would “neutralize” the virus and the cells would not be infected. This must be done with the new strains to evaluate the vaccine’s efficacy.

However, results of tests like these can be tricky to understand — for example, Moderna reports that they observed a “six-fold reduction in neutralizing” antibodies against the South African strain. “I think in a normal setting, you'd see a six-fold reduction and be like, ‘Oh, my God, it doesn't work six-fold [as compared to] what the other one does? Are we okay?’” says Garner.

A vaccine against the original strain of the virus might leave you with, for example, 1,000 times more than the minimum concentration of antibodies needed to fight it off. With the new strain, a six-fold reduction might mean you’re still left with hundreds of times the amount needed to neutralize the virus after the same vaccine. “So you're still far above the response that you would need to neutralize the virus.”

Do tests work as well in identifying infection with new strains?

Yes, scientists believe PCR tests will still be effective. But the more parts of genetic code a testing lab checks for mutations, the better, because a single new mutation in the virus might not flag a “positive” based on tests for the original strain. New strains are characterized by combinations of genetic mutations, not just one. According to Garner, “at least in the United States, almost all of the approved tests have more than one gene target if they're PCR.”

Should we change the way we protect ourselves?

There are no new precautions to take, but people should be vigilant with their current precautions. Because less virus may be needed to infect you with a new strain as compared to the old one, “the more rigorous you are about distancing and masking, the less likely these strains will propagate,” says Jones. Advice and experiments from the CDC have recently pointed toward “double masking.” They found wearing a cloth mask over a surgical mask improved filtration properties to 85.4% compared with the 51.4% from a cloth mask alone.  According to Garner, the suggestion was probably made to combat the wearing of masks that weren’t thick enough for adequate protection from the virus in the first place. And doubling down on all aspects of protection: hand washing, social distancing, hand sanitizer — might be a good bet against sticky strains. “What's nice about the variants is that even though they could be more contagious, the public health measures would still work,” he says. “I think the challenge overall is that following the public health measures is not something we're very good at.” 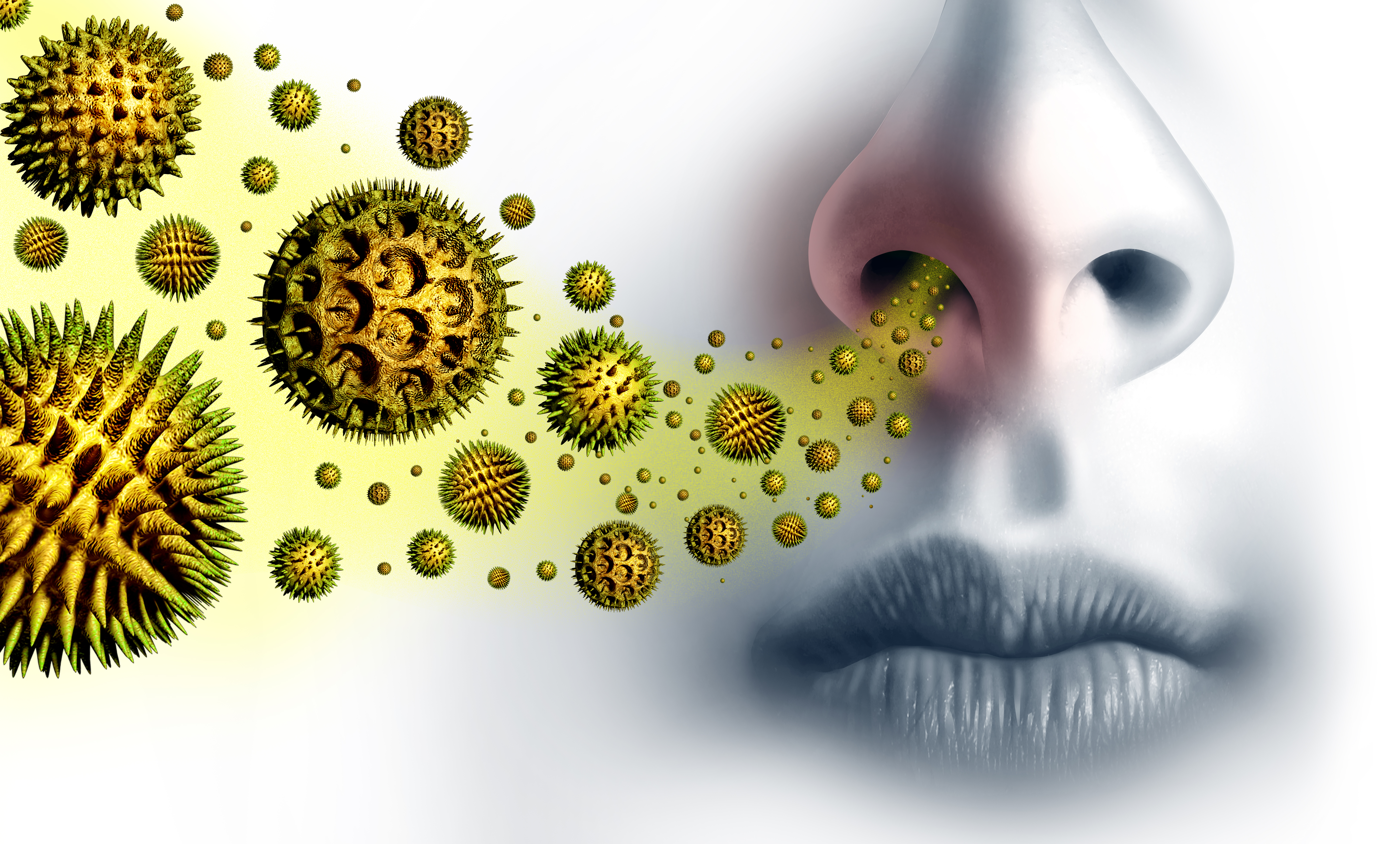