What You Need to Know About Drug Water 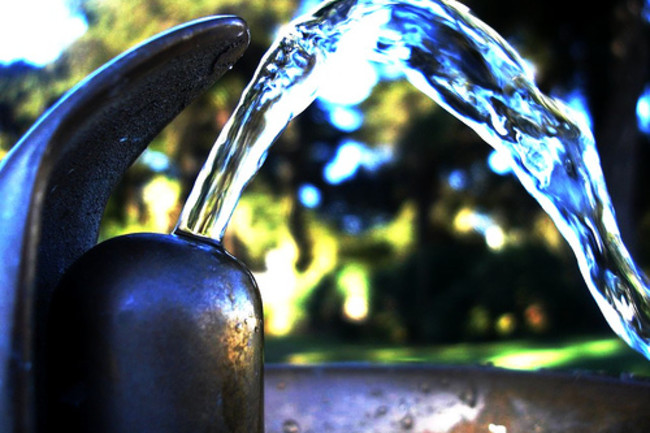 The dramatic thriller involving our drug-contaminated drinking water, starring a 2,500-word article by the Associated Press, has been taking over the headlines today (that is, at least, until the Feds found out how much Spitzer paid for hookers) . During the AP’s investigation, they reviewed published scientific reports, analyzed federal drinking water databases, visited environmental study sites and treatment plants, and interviewed hundreds of officials, academics, and scientists. The results: trace amounts of pharmaceuticals, including antibiotics, anti-convulsants, mood stabilizers, and sex hormones contaminate the drinking water of 41 million Americans, including the watersheds of 28 metropolitan areas. The Extent of the Problem So how bad is it, exactly? Are we all going to die? Are we all high? Will our sons grow breasts? Well, it’s unclear, but no one thinks we need to prepare our stillsuits quite yet. The most important issue to understand is that we're not exactly drinking bong water—the drugs were found in miniscule amounts of parts per billion or trillion, which is considerably below the levels of a medical dose. And there’s currently no evidence that drugs in our water have been responsible for any negative health effects in humans. But what worries many scientists is the idea that even in low amounts, certain drugs, and particularly drug combinations, may harm humans when taken in large amounts over long periods of time—like, say, a lifetime. Another concern is that pharmaceuticals, unlike pollutants like PCBs and mercury, were intended to affect the human body, so low levels may be surprisingly potent. Recent research has found that ultra-low combinations of drugs can damage human cells, but the relevance to human beings has been questioned. What is clear, however, is that increasing numbers of fish appear to be taking birth control. Another story by the AP notes that feminized males, masculinized females, and hermaphrodites are showing up at disturbing rates in America’s rivers, and it’s likely that human drugs are to blame. And, among other tragedies, the fathead minnow’s head is getting smaller. What You Don't Know Can't Mutate You The data are startling, but the investigation doesn’t reveal anything the water providers didn’t already know—this was a compilation of published articles and databases. So why the secrecy? There’s a long list of reasons summed up in a third release by the AP; the primary explanations are 1) keeping the over-reactive public calm and 2) national security. It’s true that sensitive issues, such as starting the day with estrogen-spiked coffee, are vulnerable to misinterpretation and exaggeration. And why, if the research is so inconclusive, should the upper echelons of the water industry pass the burdensome knowledge of contaminated water onto the shoulders of the innocent American? The article quotes Philadelphia Water Department spokeswoman Laura Copeland, who said, "It would be irresponsible to communicate to the public about this issue, as doing so would only generate questions that scientific research has not yet answered. We don't want to create the perception where people would be alarmed." As for the national-security issue, the explanation is, perhaps not surprisingly, vague. In the article, Ron Rhodes, a water treatment plant supervisor in Emporia, Kansas, said he wouldn't disclose whether his community's source water or drinking water had been tested for pharmaceuticals. His explanation? "Well, it's because of 9/11. We want everybody to guess…We're not putting out more information than we have to put out.” Surprisingly, scientists and academics were equally tight-lipped. They, too, anticipate alarmist misinterpretation by the public. Harvard University professor Peter Rogers, as quoted in the AP release, says, "I think the government and utilities are quite right to be very skittish about telling people their results. People will claim it is causing all sorts of problems. If I were a water utility, I would stop those measurements right away because if you measure something, it will get out, and people will overreact. I can just imagine a whole slew of lawsuits." The “ignorance is bliss” strategy didn’t work out well for China when the government tried to conceal a benzene spill, but this is a different situation, because the effects on human health are, thus far, unknown. It’s now conclusive, if it wasn’t before, that the pharmaceuticals are there, so the emphasis should now be switched from detection to longitudinal studies. By definition, these will take a long time, but they’re essential to perform before drastic action is taken. In the meantime, we can work at developing improved filtering techniques (reverse osmosis and nanofiltration membranes may be more effective, but are currently too expensive for large-scale use). Benjamin Grumbles, the EPA's assistant administrator for water, recognizes that the pollution is "a growing concern and we're taking it very seriously," but overall there's no reason to stop drinking water—not that you really have a choice.