What the Coronavirus Does to the Body

Here’s what experts know about how the new virus hijacks cells and damages organs like our lungs. 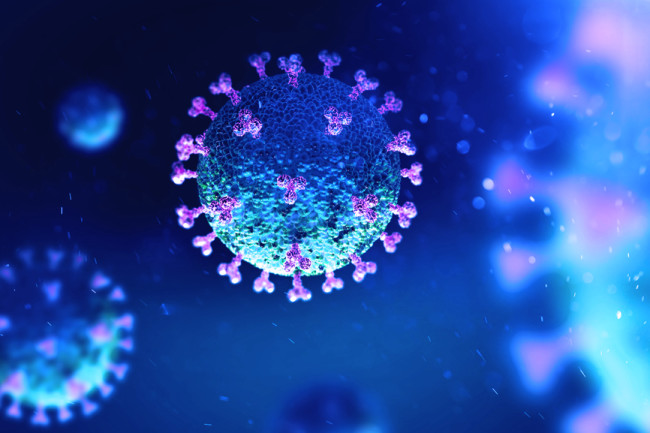 As the novel coronavirus infection known as COVID-19 continues to spread across the world — the number of confirmed cases in the U.S. crossed 15,000 on Friday — governments have made incredible efforts to limit the pandemic’s overall reach.

Yet there is also much uncertainty, and a fair amount of unscientific speculation, about the virus and its effects on people’s bodies. And some of COVID-19’s reported symptoms, like fever, cough and shortness of breath, overlap with those of everyday illnesses like strep throat, flu and the common cold.

Carl Fichtenbaum, an infectious disease specialist and professor of clinical medicine at the University of Cincinnati College of Medicine, says there’s still much that scientists don’t understand about how exactly this virus causes problems. “It’s very new, and we’re still trying to unravel it a little bit,” he says.

Here’s what some researchers and clinicians have learned so far about what the COVID-19 infection does to the body.

How the Coronavirus Causes Infection

The virus that causes COVID-19 is transmitted through tiny, invisible droplets sent into the air when someone already infected coughs or sneezes. Those droplets can then be taken in by people nearby or land on surfaces that others touch, potentially passing viral particles from their hands to their eyes, nose or mouth. “Generally, a person will either get it on their hands or occasionally inhale it in their mouth or nose,” says Fichtenbaum.

Once inhaled into the back of your throat and nasal passages, the viral particles bind to a type of receptor on the surface of cells. These particles are studded with jagged proteins shaped like spikes, which Fichtenbaum describes as a key capable of opening the locked door of the cell receptor. “Those proteins attach to the receptors and the virus is able to begin the process of getting inside and replicating,” says Fichtenbaum.

“Like any other life form, it just wants to survive,” he says.

In order to do that, the virus needs to first copy itself. Once attached to cells, it spills its genetic material, or RNA, inside. Afterward, the virus takes over the cell’s metabolism to create “replication factories” to make more copies of its RNA. “It’s essentially stealing resources from the host cell,” says Robert Kirchdoerfer, a biochemist at the University of Wisconsin-Madison who studies coronaviruses.

What it Does to the Lungs

As the virus multiplies, it prompts an immune response in the body. “[The immune system] says, ‘We don’t like this thing and we want to get rid of it,’ ” says Fichtenbaum. Once that battle occurs, he continues, people start to develop symptoms as previously healthy tissue becomes damaged and inflamed. These symptoms include a sore throat, runny nose, sneezing, coughing and, sometimes, fever. “If the virus passes low enough and gets into our lungs, we can develop pneumonia, which leads to shortness of breath and chest pain,” adds Fichtenbaum.

For the bulk of the population, explains Fichtenbaum, this period of injury will be followed by a recovery period. “Most people will get better from it,” he says. At the same time, the Centers for Disease Control and Prevention cautions that older adults and those with serious, preexisting medical conditions — like heart disease, diabetes and lung disease — are at greater risk of becoming severely ill if they become infected.

“That’s not to say that everyone with those problems is going to have a bad time,” adds Fichtenbaum. “It’s just that they’re more likely than an otherwise healthy person to have a worse case.”

Other Parts of the Body

The lungs aren’t the only part of the body that can be affected by the virus. Fichtenbaum says that in some people, the infection can cause the heart to beat at irregular intervals and pump less powerfully, potentially leading to heart failure. “Sometimes people can have neurologic problems [like] dizziness or weakness in an arm or a leg,” he says. “And some confusion can occur because our brain is just not functioning as well as it should be.”

Because the virus can be swallowed, it can also infect cells in our gut. Since the outbreak of the virus last December, digestive problems have been a common complaint among those infected. The CDC reported that genetic material from the virus has been found in blood and stool samples.

And new research suggests that diarrhea and other gastrointestinal problems could be among COVID-19’s first signs. According to a study published Thursday in the American Journal of Gastroenterology, nearly half of the coronavirus patients involved came to the hospital with “digestive symptoms as their chief complaint.” The study authors looked at data from 204 patients in China’s Hubei province, where the outbreak originated, and found that 99 of them had symptoms such as diarrhea, vomiting and abdominal pain.

But these are still early days for research on this new coronavirus. “There’s still things for us to learn,” says Fichtenbaum. “And, of course, we’d like to understand and learn how to treat it when it is like a more serious case.”