What is considered a plant-based diet, and what makes it so healthy? 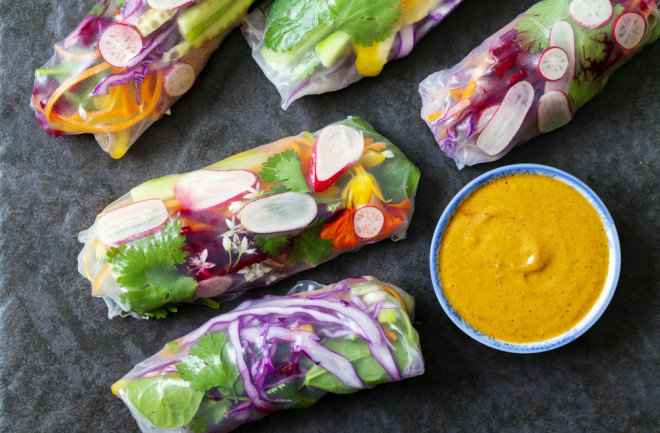 Whether to eat meat or not can be a very personal decision. The choice is often tied to our beliefs about humans’ relationship with animals, as well as to our upbringing, values and identity.

There are multiple reasons that someone might decide to reduce their meat consumption or ditch it from their diets completely. And over the last decade, there’s been a growing trend of people going meatless all the time, or just sometimes, for their health. It’s a shift that raises some important questions: Is a diet without meat truly better for you? And, if so, what is it about plant-based diets that our bodies love?

The answer isn’t as simple as saying meat is bad and plants are good.

What is a Plant-Based Diet?

Most vegetarians eat a lacto-ovo diet, which means they eat fruits and veggies, beans, nuts, grains and soy, as well as animal byproducts like eggs, dairy and honey. Vegans are vegetarians that don’t eat anything that comes from an animal. But there are some “beegans” out there — vegans who eat honey.

Other plant-based diets incorporate some meat or fish: The pescatarian diet is similar to the lacto-ovo vegetarian diet, but with the addition of fish. There’s also the flexitarian diet, which encompasses a spectrum of “semi-vegetarianism”: heavy on plants and light on meat and animal products. Even the Mediterranean diet is technically plant-based, and it’s one of the most-studied — and deemed healthy — ways of eating.

A number of studies have shown that a diet low in meat is linked to longer lifespans. But the matter is far from settled, as some studies haven’t found a significant difference in life expectancy between meat eaters and vegetarians.

But there is growing evidence that plant-based diets are associated with benefits like lower blood pressure, cholesterol, blood sugar and reduced body weight. These improved health measures often translate to less risk of heart disease, diabetes, cancer and other diseases. Eating more whole, plant-based foods could help lower the risk of some health conditions, and might even help people live longer. But researchers also suspect that vegetarians are more health-conscious overall — so, they’re likely to be drinking and smoking less and moving their bodies more than the general population — which complicates some study results.

A 2018 review of nearly a dozen studies — most of them randomized controlled trials, the gold standard in research — found that eating a plant-based diet can help manage type 2 diabetes. People who followed a plant-based diet experienced greater improvements in blood sugar and cholesterol levels, body weight and mental health compared with people who did not follow plant-based diets. Some participants who avoided animal products were able to reduce or eliminate the use of diabetes medication, the review found.

Beyond that, preliminary research shows the MIND diet (Mediterranean–DASH Intervention for Neurodegenerative Delay) can help slow cognitive decline and rates of Alzheimer’s in old age.

Why is a Plant-Based Diet Good for You?

The idea that fruits and vegetables are good for us is so ingrained in us that we don’t really give it much thought. But what is it about plant-based meals that make them healthful?

According to Ginger Hultin, a Seattle-based registered dietitian and spokesperson for the Academy of Nutrition and Dietetics, plant-based diets tend to be lower in saturated fat and higher in fiber, vitamins and minerals.

But linking nutrition to health effects is where things get a bit tricky. A 2019 review in Nature found evidence that supports many plant-based diet health claims, but they were unable to uncover the specific mechanisms that delivered the benefits. In other words, they weren’t sure if the benefits were related to nutrition, caloric intake, avoidance of animal products or other factors you might associate with a plant-based diet.

But perhaps the answer is rooted in our microbiomes. Increasingly, scientists are learning that what’s good for our health comes down to what’s good for our microbiomes. Research is revealing that a diet high in fiber seems to nourish the trillions of bacteria living inside our guts that impact our health. A 2019 review published in Frontiers in Nutrition concluded that diet is the most significant factor that influences microbiome composition. Plant-based diets encourage greater microbial diversity — the hallmark of a healthy gut. Lower microbe diversity has been linked to conditions such as obesity and type 2 diabetes.

Is Meat Essential to Our Diets?

Humankind’s relationship with meat is complicated. We evolved the ability to eat meat, and it changed us. Yet meat is not essential to the human diet, Hultin says.

The only vitamin in the human diet that must come from animal sources is B12 — the result of an evolutionary glitch. But this requirement can be met with a supplement. And in case you’re wondering, protein deficiencies are uncommon in America, even among vegetarians, Hultin added.

Undeniably, many people simply like the taste and texture of meat and cannot imagine a Thanksgiving without turkey or a barbecue without burgers. And a healthy diet can certainly include animal protein. But surveys show we’re leaving little room on our plates for much else these days.

Annual red meat and poultry consumption in America has reached 222 pounds per person on average — an amount that has doubled since the 1960s. Only 1 in 10 American adults gets enough fruits and vegetables in their daily diets, the Centers for Disease Control and Prevention has found. The recommendation is 1.5 to 2 cups of fruit and 2 to 3 cups of vegetables per day.

“Americans eat a lot of meat; more than they need, most likely. One of the biggest problems here is that consuming more than the recommended intake of protein in the form of high-fat meats can easily exceed saturated fat recommendations,” Hultin says.

If you’d like to reap some of the health benefits of a plant-based diet, you may not need to go cold turkey on meat.

“I often recommend experimenting with familiar foods that just don’t have meat. For example, instead of a soup with meat in it, try one with lentils in it. Instead of taco meat, try crumbled tempeh. If you order Thai food to go, order it with tofu instead of meat,” Hultin says. “Think simple swaps. Make meals that you enjoy but just with different ingredients, so foods are familiar and delicious but also meet your goals of being more plant-based.”