This is what you’ll want to know about several new subvariants of COVID-19, including BQ.1, BQ.1.1 and XBB. 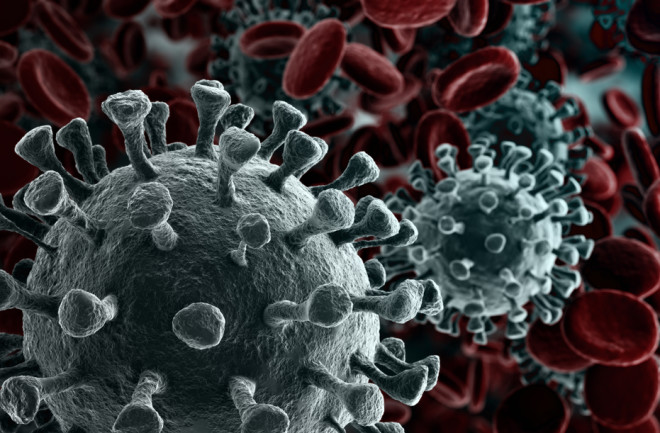 Viruses change constantly as they circulate through a population, and these changes can sometimes create completely new variations of a virus. This is certainly true of SARS-CoV-2. Since its initial appearance almost three years ago, the virus that causes COVID-19 has splintered into several separate strains, including Alpha, Beta, Delta and Omicron. And these strains have only continued to separate into their own subvariants at an astonishing speed.

One of these subvariants, BA.5, dominated throughout the summer season, contributing to the majority of developing coronavirus cases around the world. That said, several newer variations are starting to appear, accounting for more new infections by the day. This is what you'll want to know about several of these new subvariants, including BQ.1, BQ.1.1 and XBB.

In the year-or-so since scientists first found the Omicron variation of the virus, this variant has split into an assortment of over 300 separate subvariants, including this summer's BA.5 strain. The symptoms of the original variant and subsequent subvariants aren't any more severe than those associated with the initial SARS-CoV-2 virus (and are sometimes characterized as more mild). That said, most still consider Omicron a concern in any of its many forms. That's because these variants appear to be especially transmissible and resistant to the internal immunities from previous infections and vaccinations.

Specialists say that these traits have allowed BA.5 to spread widely around the world. And according to the Centers for Disease Control and Prevention, the strain still accounts for approximately 50 percent of new coronavirus cases in the U.S. But now several new subvariants from the same family could potentially take over as the most common (and most concerning) strains of SARS-CoV-2.

Take, for instance, the two Omicron subvariants known as BQ.1 and BQ.1.1. Initially identified in Nigeria, both strains are direct descendants of BA.5. Now, the combination of the two causes approximately 27 percent of all coronavirus cases in the U.S., only a couple of weeks after they caused a relatively negligible number of infections.

Though these BQ.1 and BQ.1.1 subvariants don't appear to be more virulent than BA.5 or any other previous variation of the SARS-CoV-2 virus, it's clear that the two could create some serious trouble throughout the upcoming weeks and months. According to the World Health Organization, BQ.1 and BQ.1.1 have appeared in 65 countries and have demonstrated a "significant growth advantage" above that of their predecessors. That means that they're probably more transmissible than BA.5, which was once considered the most contagious strain that caused COVID-19. Adding to their potential trouble, preliminary studies show that BQ.1 and BQ.1.1 also appear to be better than BA.5 at avoiding antibodies from past infections and vaccines.

According to scientists, BQ.1 and BQ.1.1 could contribute to an increase in infections this winter, yet the size and severity of this potential surge remains ambiguous. That said, whatever the magnitude may be, specialists suggest that people stay vigilant and continue to acquire vaccines to mitigate their risk of sickness. Some also add that the fact that both of these subvariants descend from BA.5 may mean that the new bivalent boosters, which are specifically targeted toward Omicron, will provide additional protection against BQ.1 and BQ.1.1, despite their shared skill at dodging antibodies.

Interestingly, the XBB varietal comes from a combination of two different subvariants of Omicron. However, scientists say that this variant still demonstrates the same sort of mutations in their spike proteins that are shared by other Omicron strains. Affecting the proteins on the surface of the virus that facilitate invasion, these similar mutations all accumulate to increase the probability of infection, whatever the specific strain.

Read more: The Possibility Of "Flurona" And What Two Viruses Can Do At Once

Though the XBB subvariant isn't causing many cases in the U.S., specialists say it is present in 35 countries and Southeast Asia, in particular. In Singapore, for instance, it is currently causing a surge in cases and showing a similar "growth advantage" to BQ.1 and BQ.1.1. That said, the World Health Organization suggests that it's possible that XBB and its descendants are actually more resistant to antibodies than BQ.1 and BQ.1.1, as well as any other SARS-CoV-2 varietal known to scientists.

The strains described above developed naturally, as an unavoidable by-product of viral reproduction and replication. That said, scientists are producing viral strains themselves as a way to study SARS-CoV-2 in their laboratories. Though these artificial variations aren't varietals that we necessarily need to worry about, one particular artificial variation recently received some attention for its seemingly abnormal mortality rates.

After noticing Omicron strains that share similar spike protein mutations and mild symptoms, Boston University scientists decided to develop their own unique variant of the virus. This strain combined the spike protein mutations typical of Omicron variants with other traits typical of earlier, non-Omicron variants of SARS-CoV-2, all in an attempt to determine whether the structure of the spike protein is what determines the severity of the disease after an infection does occur.

The scientists tested their strain on mice. While their artificial varietal killed a shocking 80 percent of the mice on which it was tested, the earlier, non-Omicron variants of SARS-CoV-2 without altered spike proteins were much more deadly, killing 100 percent of the test organisms.

The mortality rate of the scientists' strain was relatively similar to the earlier variant without the altered spike proteins. Therefore, researchers conclude that the spike protein mutations do not determine the seriousness of COVID-19 symptoms whenever the disease does develop. Ultimately, while they couldn't pinpoint what determines symptom severity, the silver lining is that the Boston University variant isn't in the mix of increasingly widespread strains like BQ.1, BQ.1.1 and XBB.