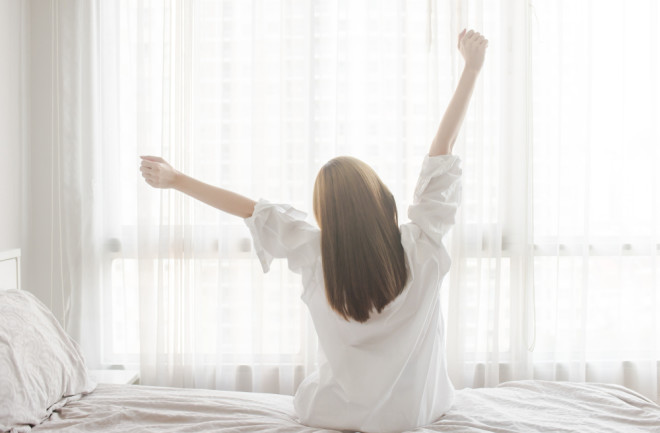 Up and at ‘em! Scientists have discovered more than 300 hundred places in the genome that influence our sleeping habits. The analysis reveals that there’s an association between our waking and sleeping habits and mental health.

“Our work indicates that part of the reason why some people are up with the lark while others are night owls is because of differences in both the way our brains react to external light signals and the normal functioning of our internal clocks,” Samuel Jones, a geneticist at the University of Exeter Medical School in the United Kingdom and paper coauthor, said in a statement.

In other words, our internal clocks may run a little fast or a little slow based on small differences to a range of things in our genetic code.

“These small differences may have potentially significant effects on the ability of our body clocks to keep time effectively, potentially altering risk of both disease and mental health disorders.”

People tend to wake up in the morning and become sleepy at night around the same time every day. Age, gender and how much ambient light shines into the bedroom accounts for much of individuals’ fondness for sleeping in or rising early. But this preference also has a genetic basis.

Researchers from other groups previously found 24 genetic variations that affect the daily rhythms of sleep and wakefulness. Altering some of these key genes in mice led to obesity and high blood sugar. Prior studies also reported a link between interrupting people’s sleeping habits and diseases such as type 2 diabetes and depression.

In the new study, Jones and colleagues mined data from the genetics testing company 23andMe and the U.K. Biobank, a charity that follows the health of half a million participants and keeps a repository of blood, urine and saliva samples for research use. The scientists analyzed nearly 700,000 people’s genomes and their self-reported sleeping habits. All of the data came from folks with European ancestry.

Jones and colleagues found the 24 genetic variants previous studies had landed on, but they also identified another 327 places in the genome that affect when we like to go to and get up out of bed. Further analysis revealed being a morning person correlated with greater well-being and lowered risk for schizophrenia and depression, the researchers report today in the journal Nature Communications.

“The large number of people in our study means we have provided the strongest evidence to date that ‘night owls’ are at higher risk of mental health problems, such as schizophrenia and lower mental well-being,” said Michael Weedon, a bioinformaticist and Jones’ colleague. That may be in part because society operates on a morning larks’ schedule, the researchers say. They suggest future studies look into whether disrupting night owls’ natural sleeping patterns might make them susceptible to obesity and diabetes.