What Happens to Your Body When You Quit Smoking?

Reduced exposure to nicotine and toxic chemicals in tobacco causes changes in almost every part of your body, from better hearing to improved fertility. 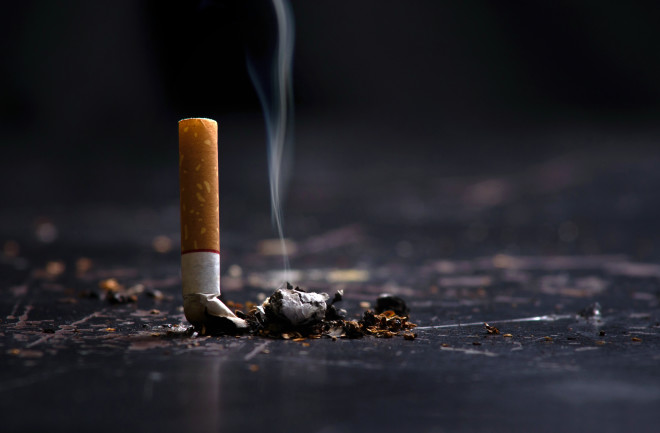 Smoking is at an all-time low in the US and many other countries, with less than one in seven Americans regularly smoking cigarettes. Despite this, it remains the leading cause of preventable death in the United States, accounting for almost half a million fatalities each year. There's even evidence to suggest that smoking worsened the symptoms, hospitalizations and death toll from the COVID-19 pandemic.

With record numbers of people opting to quit smoking, let's look at the bodily changes that take place after you stamp out that last cigarette.

Nicotine, the addictive chemical in tobacco, can reach the brain within ten seconds of taking a drag on a cigarette. It binds to receptors in the brain called nicotinic acetylcholine receptors, which are numerous in the reward pathway and stimulate the release of the feel-good hormone dopamine. Long-term nicotine exposure boosts the number of acetylcholine receptors in the brain and requires an increasing amount of nicotine to get the same dopamine release, which is why nicotine is so addictive.

After a few hours, nicotine is broken down, leaving acetylcholine receptors empty and causing dopamine to plummet. That drop in dopamine causes our brains to scream for more nicotine, which is what we feel as cravings. Abstaining from tobacco for longer periods will cause dopamine to fall to very low levels, making the quitter feel irritable, depressed and anxious.

Many people report difficulty concentrating and minor memory loss after quitting. This happens because nicotine can stimulate the release of neurotransmitters in the hippocampus, the brain region involved in learning and memory. This reduced signalling in the first few weeks of abstaining from cigarettes can make people feel dazed and sluggish.

These withdrawal symptoms, along with increased appetite and insomnia, will peak on day three and can last for up to four weeks. The good news is that once you have made it past this threshold, the bodily changes that take place will only make you feel good. From this point onwards, it’s smooth sailing.

Your Senses Are Heightened

Tests on laboratory animals have found that substances in cigarette smoke can damage the cochlea, the spiral-shaped bone in the inner ear that plays a key role in auditory perception. Smoking can harm hearing in other ways, such as through alterations in auditory nerve signalling or by causing damage to the tiny hairs inside the ear.

A study of over 50,000 Japanese people over a period of eight years found that 60 percent of smokers develop high-frequency hearing loss, with an increased risk for each additional cigarette smoked per day. Luckily, the risk of hearing loss was reduced within five years of stopping smoking.

Although research into whether smoking reduces our ability to taste and smell has produced mixed results, experiments in mice have noted harmful effects on the olfactory system. Exposing rodents to cigarette smoke kills small nerve cells lining the mouth and nose, but these cells retain the ability to regenerate once you kick the habit.

Smoking has also been associated with age-related macular degeneration, the most common cause of blindness among the older population. The risk of the disease is three to four times higher in smokers compared to non-smokers, returning to normal once they give up smoking.

The most significant change that happens when you stop smoking is in the lungs. Cilia, the tiny hair-like projections which line the windpipe, regrow after being paralyzed and destroyed by toxins in cigarette smoke. Healthy cilia sway back and forth to sweep mucus into the stomach, destroying trapped microbes in acidic gastric juices. Defective cilia cause mucus to accumulate in the airways, causing the wheezing cough synonymous with chain-smoking. Pathogenic microbes in the mucus replicate unchecked, leading to an increased risk of respiratory infection that starts to decline as soon as a month after giving up tobacco.

Quitters may notice that they can exercise for longer without becoming breathless, with a 10 percent improvement in lung capacity in just nine months. Inflammation of the bronchial tubes, which connect the windpipe to the lungs, is reduced and the walls of the alveoli, the tiny sacs of air that make up the lungs, become stronger.

Your Sex Life May Improve

Men who have given up smoking may find that they get erections more easily due to improved circulation. The chemicals in cigarette smoke reduce sperm motility and sperm count, which is reversed once a person stops smoking. Female non-smokers have an improved sex drive and can orgasm more easily.

Non-smokers are also found to be more physically attractive. In a study conducted at the University of Bristol, UK, volunteers were shown photos of identical twins, one of whom regularly smoked. Participants correctly picked out the smoker and consistently rated their identical sibling as more attractive.

It Boosts Your Oral Health

Nicotine restricts blood vessels in the mouth, limiting the flow of oxygen and glucose to cells. Once starved of oxygen and other essential nutrients, cells and tissues in the gums start to die, causing gums recession. Nicotine also impairs the immune response, increasing the likelihood of gum disease.

Unfortunately, opting to vape won’t save you from a toothy grin. Depending on the brand, vaping products can contain as much, if not more, nicotine per puff. Scientists at Université Laval in Quebec found that exposing epithelial cells, the cells that line our mouths, to nicotine and flavoring reagents caused over half of the cells to die in just three days.

Giving up cigarettes or vaping products improves blood flow to gum tissue, ensuring that the cells get enough nutrients they need to survive. It also enables immune cells to access areas of infection, reducing the risk of chronic gum disease after one year.

On top of all this, a reduction in heart rate and blood pressure causes the risk of heart attack to drop by 50% after two years. The risk of all types of cancer, particularly of the lungs, is significantly reduced due to reduced exposure to the handful of cancer-causing chemicals in tobacco. You may also live longer, with nonsmokers enjoying an average extended lifespan of ten years.

Besides all the health benefits, you’ll no longer be supporting tobacco farming, a sector associated with child labour and widespread deforestation. So, what are you waiting for?

More From Discover
Health
10 Science-Backed Ways to Boost Your Brain
Health
How Saliva Changes The Flavor Of Food
Health
Walking vs. Running Benefits: Should You Walk or Run for Exercise?
Health
What is the Purpose of Hiccuping?
Health
Is Vitamin C Actually an Effective Cold Remedy?
Health
Why Walking Might Be One of the Best Exercises For Health
Recommendations From Our Store
My Science ShopDiscover STEM Kits
My Science ShopDiscover 2022 Calendar
My Science ShopStrange Science
My Science ShopElements Flashcards
Shop Now
Stay Curious
Join
Our List