What genetics tells us about human psychology

I've commented on the African American Lives series a few times. One thing I've said in other threads is that these massively more data rich ancestry analysis tests aren't going to tell you anything you don't already know in 99% of the cases. That doesn't mean that it's not worth it to get tested, but if the kit costs you hundreds or thousands of dollars, most people are really better off passing I think. When these tests get down to the $10-20 range then I'll be sanguine if a friend of mine starts mooting the possibility of purchasing a kit. By analogy, I wouldn't get worked up over a $10 session with an astrologer, but I would get angry if a friend of mine was going to spend $250 on such a thing. Over the past week I have noted is that Henry Louis Gates Jr. has been talking up the fact that he has a high proportion of European ancestry as if it was surprising. My first thought was, "Henry, who you foolin'?" Seriously, I watched his series Wonders of the African World, and walking amongst Africans Gates' white ancestry was rather stark. At one point Gates tells a "Persian" man in Tanzania who seemed to exhibit no evidence of Persian ancestry that in America he would have been considered black. The man was not pleased, but, I also assumed Gates was bringing this up because he himself was far less African looking than the putative "Persian." In any case, here are some pictures: 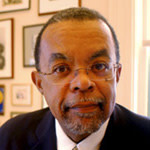 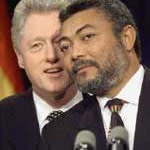 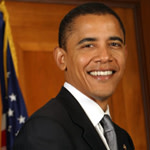 In the first, you see Gates. In the second, you see in the foreground Jerry Rawlings, former head of state of Ghana, and the son of a Scottish man and a Ghanaian woman. Finally, you have Barack Obama, the son of a white American woman and a Kenyan man. In the latter two cases we have situations where we have individuals whose immediate forebears are white and black respectively. On physical inspection I can not conceive of how Gates would not have assumed he had a great deal of European ancestry, especially in light of the fact that he has journeyed in Africa and knows what the typical range of phenotype of Africans is. Below the fold are two men who were the first males to show up in a google image search for "Ghana." 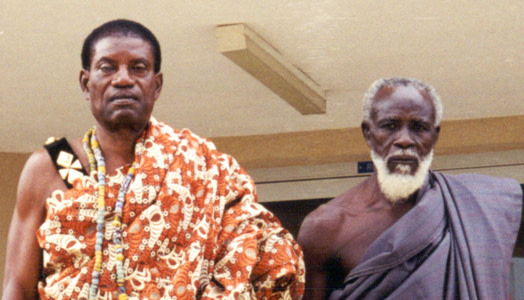 Of course, phenotype is a small sampling of the full genotype, and I have noted before that a particular appearence does not necessarily imply a particular ancestry. Nevertheless, the probability that Gates had a lot of European ancestry (and that it shouldn't have surprised him) is rather high when you consider that the African American population as a whole seems to be about 20% European in origin. This number emerges out of historical studies, as well as classical genetic markers and more recent genomic analyses. All the vectors point to this figure. Because this is expectation, one assumes that there will be variance across the population, so some individuals will be African American socially, but predominantly European ancestrally. The overall point is that sometimes genetics tells us a lot about human psychology. If I was an alien from another planet, and with these images as the only points of reference, I doubt I would assume that Gates was genetically closer to the Ghanaian men than he was to William Jefferson Clinton, pictured in the background of the Rawlings photo. But the reality is that Gates is a human being, even if he is a Harvard professor, so he isn't dragged around by his lying eyes.