The tests are crucial to understanding the full scope of the COVID-19 pandemic. But right now, the results aren’t reliable. 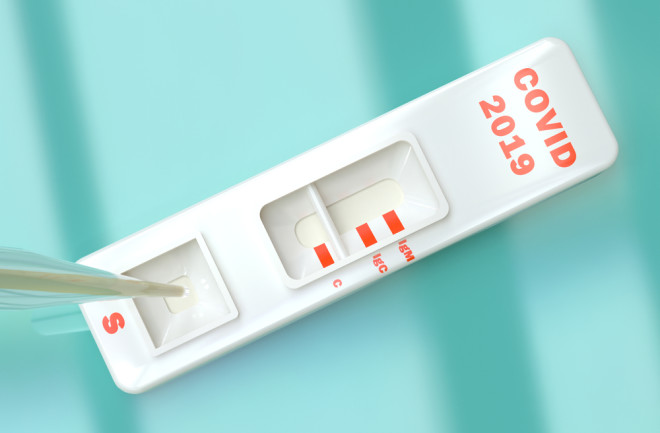 Physician Michael Saag has already had COVID-19, and a recent blood test confirmed his antibodies against the SARS-CoV-2 virus are through the roof. But the infectious disease specialist isn’t taking any chances, and still wears full personal protective gear when seeing COVID-19 patients.

“I don’t want to be cavalier and expose myself to people with known infection and get infected again. That would be kind of stupid,” says Saag, a professor of medicine and infectious diseases and director of the Center for AIDS Research at the University of Alabama at Birmingham.

As all 50 states reopen to some degree, huge questions remain about how widespread the novel coronavirus truly is across the country, whether reopening can be done safely at this point, and whether people who have already had the virus are protected against re-exposure. Finding answers hinges in large part on testing for antibodies in people’s blood.

While hundreds of such tests have flooded the market in recent weeks, experts say we don’t know enough about SARS-CoV-2 antibodies or the tests themselves to know what the results really mean.

The Value of Antibody Testing

Antibodies are Y-shaped proteins that the body produces to fight off an infection. There are multiple types of antibodies, including immunoglobulin M (IgM) antibodies, which tend to show up early to a fight against an infectious agent, and IgG antibodies, more refined fighters that arrive a few weeks after infection. The presence of these antibodies in the blood indicates someone has been infected with a disease like COVID-19 in the past, and the body has fought it off.

Given that a large percentage of infected individuals only develop mild symptoms or no symptoms at all, widespread antibody testing could give us a much better idea of how many people have already had the disease. This information can help inform policy and give epidemiologists a better idea of what percentage of people infected with COVID-19 are dying. It could also help us identify individuals whose antibodies could potentially be used to treat severely ill patients.

But we don’t yet know if having the antibodies means you are protected against additional exposure to the virus. “Even in my situation, I’m not confident that I can’t be reinfected and couldn’t get sick again, we just don’t know that,” Saag says.

Initial research on COVID-19 antibodies offers small signs of hope on this point. A small study published in the Proceedings of the National Academy of Sciences in late April found plasma from patients who fought off COVID-19 improved outcomes for 10 severely ill adults. Two studies published this week in Science found monkeys infected with or vaccinated against SARS-CoV-2 had protective immunity from subsequent infections. Additional research published in Nature this week found antibodies from an individual who recovered in 2003 from SARS-CoV — a coronavirus strain that sparked an earlier outbreak — neutralized the SARS-CoV-2 virus in the lab.

All this assumes the tests are reliable and accurate — and, right now, that’s an unknown.

What We (Don’t) Know About Tests

To give an accurate result, antibody tests have to be both sensitive and specific. A sensitive test will provide a small number of false negative results; a specific test will give few false positives. Normally, these kinds of tests are validated by testing hundreds, if not thousands, of people before earning approval from the FDA.

In late February, however, the FDA announced that SARS-CoV-2 blood tests could be sold without FDA approval for the time being, if the test maker notified the agency and evaluated the test for accuracy. The goal was to promote the rapid creation of and access to a crucial testing tool. Dozens of antibody tests quickly flooded the market. While the agency has evaluated and granted a handful of tests with emergency use authorizations, many more remain untested.

Performance varies greatly from test to test, says Patrick Hsu, assistant professor in the department of bioengineering at the University of California, Berkeley, and one of the leaders of the COVID-19 Testing Project, which has evaluated at least 10 of these tests now on the market. The FDA recently acknowledged this problem in an update to its March decision, writing that “a concerning number of commercial serology tests are being promoted inappropriately, including for diagnostic use, or are performing poorly based on an independent evaluation by the (National Institutes of Health).”

“What we’ve got now is chaos,” says Saag. Providers have to do their own homework on the kind of test they are using, the test’s characteristics and performance, and still take the results with a hefty grain of salt. “I’ve been advising most of the patients to postpone getting an antibody test until the dust settles a bit.”

This week, the FDA started cracking down on unproven antibody tests. The agency published a list of 28 test manufacturers that have either already withdrawn their tests from the market or failed to provide an application to the agency for the emergency use of their test after the agency issued updated guidance earlier this month. Many more tests remain in regulatory limbo, however. More than 200 companies and laboratories are awaiting approval from the FDA for their tests as of this week, according to the agency’s website.

While all of this can be frustrating, it’s important to remember how far the science has progressed in such a short period of time, says Saag. “It’s expected when you have a brand-new disease and brand-new tests that there are lots of questions about the accuracy of the tests and their performance characteristics in large populations,” he says.