We Now Know When HIV Arrived in the U.S. 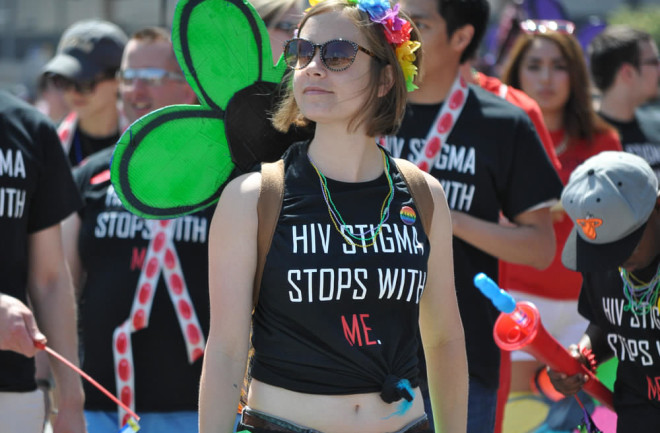 When healthy young gay men began dying of a rash of rare diseases in 1981, it sparked a panic that soon spread beyond the gay community.

The underlying cause would soon be identified as Acquired Immunodeficiency Syndrome, and the AIDS crisis was underway. While 1981 marked the first time that AIDS entered the national consciousness, it had been circulating beneath the radar for some time. By the time it was “discovered,” thousands of people had likely already been infected, creating a pandemic just waiting to emerge.

Now, researchers from the University of Arizona and the University of Cambridge say that they have dated when the most common North American strain of HIV, the disease that leads to AIDS, arrived in the U.S. and tracked its spread across the country. In doing so, they claim to have cleared the name of the infamous Patient 0, a flight attendant often blamed for bringing HIV to the U.S.

Piecing Together an Epidemic

The researchers reconstructed viral RNA sequences from patients unknowingly infected with HIV in the late 1970s in New York City and San Francisco. The genetic information came from a study of gay men with Hepatitis B. They found that almost 4 percent of these men were already infected with HIV-1 group M subtype B, the most common strain in the U.S. Using a process they termed “RNA jackhammering,” they broke apart the HIV genomes, which were too badly degraded to study, and amplified and recombined them to create usable RNA sequences. They published their work Wednesday in Nature.

With viral RNA from eight individuals in hand, they conducted a phylogenetic analysis, a technique that works backwards using a known rate of mutations in RNA or DNA to find a common ancestor. This allowed them to place the entry of HIV into the U.S. in either 1970 or 1971. The researchers say that the virus first landed in New York City from the Caribbean and spread from there along the East Coast and to San Francisco. It would be a full decade before the presence of the virus was detected, however, allowing it ample time to spread and diversify.

“Even though the samples come from the late 1970s, an early time point long before anyone noticed AIDS, nevertheless, the samples contain … so much genetic diversity that they could not have arisen from the late 1970s,” says Michael Worobey, the lead author of the study in a press conference Tuesday. “It’s kind of direct evidence of many years of circulation of this virus in the United States before HIV and AIDS were finally recognized.”

Once the virus reached the U.S., it spread fast — the authors estimate that the number of people infected more than doubled every year on average. Combined with HIV’s tendency to remain latent for years before manifesting as AIDS, the seeds of a large-scale crisis had already taken hold.

While the vector that brought HIV to the U.S. is unknown, one man, called Patient 0, often shoulders the blame for the disease. A French-Canadian flight attendant, he features prominently in Randy Shilts’ 1987 book examining the AIDS crisis, And the Band Played On, leading many to assume that he was the initial source of the disease.

By analyzing blood samples from Patient 0, however, the researchers say they proved his innocence. When they sequenced the viral RNA from his blood and placed it on the phylogenetic tree they had created, they found that it rested somewhere in the middle. Other strains of the disease turned out to be more basal, or older, meaning that Patient 0 contracted the disease after them, and thus could not have introduced HIV to the U.S. In fact, the researchers say, the Patient 0 term is misleading — he was actually initially referred to as Case 057, and the zero was an “O”, which stood for “outside of California.”

“One of the dangers of focusing on a single patient zero when discussing the early stages of an epidemic is that we risk obscuring important structural factors that might contribute to its development,” says Richard McKay, a co-author of the study.

The researchers hope that their techniques will help epidemiologists to better track deadly diseases in the future, and say that their work highlights the importance of combining historical context with new analytical procedures when looking back at the spread of seemingly unstoppable diseases.