We Need to Talk: Researchers Learn the Language of Cells 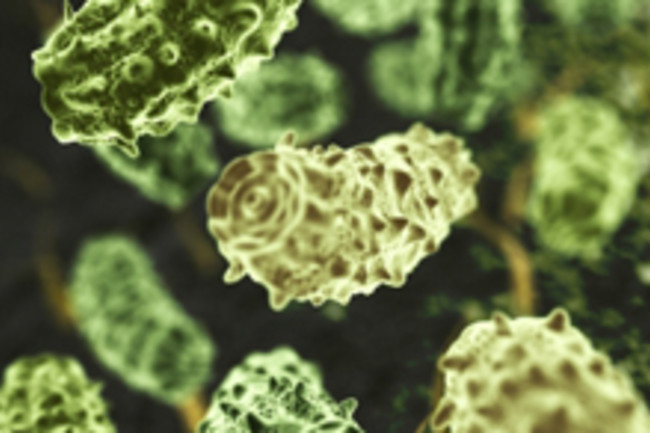 We may not be aware of it, but the cells in our bodies are communicating all the time, gabbing away as part of a complex community that sends signals and messages nonstop. But while scientists have been studying cell signaling for years, one question remained: Would we ever be able to learn the cells' language? Now, it appears, we have an answer. Dr. Cameron Alexander and PhD student George Pasparakis at the U.K.'s University of Nottingham have successfully facilitated a conversation between natural bacterial cells and artificial polymer vesicles, using strategically-placed groups of sugars on the vesicle surface to mimic the surfaces of an actual cell. By exposing the manufactured polymers to the bacteria cells, which have glucose-binding proteins on their surface, the researchers were able to encourage the two to "talk to" each other and transfer molecular information. The discovery has the potential for a number of super-helpful uses, including developing an anti-microbial agent, which would allow doctors to kill harmful bacteria in the body without attacking safe, health-promoting bacteria at the same time, as well as coming in mighty handy as a weapon against all those pesky superbugs.

HealthAir Pollution Might Age Skin, But Is Anti-Pollution Skincare the Fix?
Recommendations From Our Store