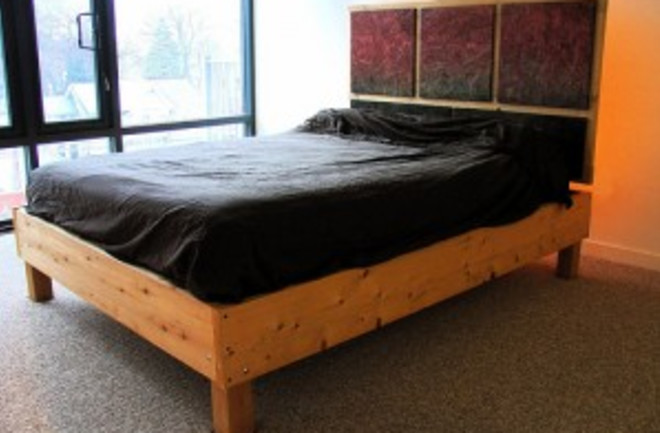 Update, 9pm, July 29: Thanks to a tip from a commenter, we learned there was a crucial factual error in this post, so the text and headline have been altered to fix the problem.

In the West, breast cancer occurs 10 percent more often in the left breast than in the right, and skin cancer also pops up more on the left side. Oddly enough, this disparity is nonexistent in Japan. Why the discrepancies between left/right and West/East? Swedish scientists think they have the answer to the riddle—and it's kind of weird. The researchers lay out their case in a recent study in Pathophysiology, and the title ("Sleep on the right side—Get cancer on the left?") gives a hint of where it's going: The discrepancy is due to a difference in the types of beds commonly used in Japan and the West, and how radio and television waves interact with this furniture. In the West, most people use mattresses (and often box springs) that contain coiled-metal springs, which reflect the radio waves all around us, which decreases the chance that the body will develop cancerous tumors. And because more people sleep on their right sides than their left sides—the heartbeat is quieter that way—the left sides of their bodies are further from the coils' protective effects, and they get more cancers there. In Japan, many people sleep on futons right on the ground, so there's no metal to prevent cancer and no difference depending on how you sleep. Or so the story goes. There are a lot of leaps and holes here (for instance: most researchers think non-ionizing electromagnetic radiation like TV transmissions do not cause cancer) and not enough evidence—not yet, anyway—to prove the whole causative chain. So as reasonably skeptical people, we should wait for some hard supporting evidence before accepting what is, uh, a rather novel theory. Until then, sweet dreams! Note: The original version of this post quoted from a Scientific American blog post, which is where we found out about this study. But that piece gets the researchers' explanation exactly backwards: it said that the springs acted as antennas and amplified radio waves, increasing the likelihood of cancer; the researchers actually said the springs attenuate radio waves and decrease incidence of cancer. This post was altered to reflect that important difference. Related content: Discoblog: NCBI ROFL: Bad news: you have a tumor. Good news: it's really cute! Discoblog: What's the Most Toxic Town in America? Discoblog: We're All a Bunch of Genetic Mutants, Research FindsImage: flickr / jm3

Sleep on the right side—Get cancer on the left?