Vital Signs: "We Can Take His Heart Out, Remove the Tumor, and Put It Back In"

A patient’s heart tumor is all but inaccessible to  his surgeons. The only way to deal with it:  Remove the heart and operate on it outside the body. 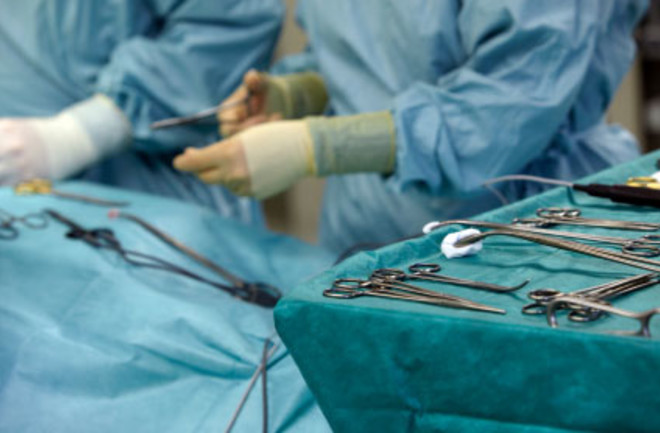 I was in the middle of a normal clinic day, seeing candidates for surgery, when a nurse told me that one of them had arrived with a diagnostic video. When I had a free moment, I walked over to a computer and put the CD into the drive. As the program booted up, I noticed that the video was a cardiac MRI (magnetic resonance imaging) study. I clicked through the images, and what I saw was frightening. A large mass was growing in the patient’s heart, in the back wall of the left atrial chamber, perhaps the worst possible place to have a problem like this. The right atrium and both ventricles are somewhat accessible to the surgeon’s knife. But the left atrium at the back of the heart next to the spine is a difficult, if not impossible, area to reach.

As I watched the video, more details emerged. As the left atrium attempted to pump blood, the wall opposite the growth ballooned out awkwardly instead of contracting with the rest of the chamber, its movement altered by the growth. The mass also took up a lot of space and was impeding blood flow. If it got just 5 percent larger, the chamber would be almost completely obstructed, resulting in a high risk of sudden death.

I called one of my cardiac surgery colleagues, Mike Reardon, and asked him to take a look.

My own heart sank. Primary tumors, which originate in tissues rather than spreading there from some other place in the body, are uncommon in the heart. They occur in less than 0.05 percent of autopsies. Seventy-five percent of them are benign, but this one did not look harmless. Benign tumors typically grow out from the surface of the cardiac wall like a mushroom on a stalk; malignant tumors look more like a bulge of varying thickness in the wall. Most cardiac surgeons will encounter only a few benign primary tumors in a career, and many will never deal with a malignant one.

“If we were to think about removing it,” I asked, “how would we approach it?”

“How old is the patient?”

“Any history of coronary disease?”

“The transfer notes don’t mention anything.”

“Good,” said Mike. “There might be one way to remove this, but it is drastic. We can take his heart out of his body, remove the tumor, reconstruct the heart, and put it back in.”

He was describing an extremely rare procedure: a cardiac auto-transplant. We would operate on the heart outside the chest cavity and use cardiopulmonary bypass to support his body while we worked. The first successful auto-transplant to remove a cardiac tumor was performed in the 1990s. Since then, the procedure has been undertaken fewer than 50 times worldwide.

Mike and I went into the exam room to discuss the options with the patient, Mr. Johnson, and his wife. We told him the mass was probably a cardiac sarcoma, a malignant tumor originating in either the heart muscle or the blood vessels located there. We also told him that he faced significant risk of sudden death if the chamber became completely blocked, and that chemotherapy was usually ineffective for larger tumors of this type. Surgery was the only reasonable option, and we needed to move fast.

“However,” I said, “there will be a fair amount of risk.”

“There are three things to worry about,” I replied. “One is whether or not we can remove the entire tumor. The second is whether we can put the heart back together again so it will function normally. And the last thing is the overall risk of having to stop your heart, remove it, fix it, put it back in, and restart it.”

“We normally quote a 1 to 5 percent risk of dying for heart surgery,” I continued, “but your risk will be higher. The best-case scenario, if all goes well, is perhaps a 10 percent risk, and the worst case would be maybe five times that.”

There was no hesitation. “Let’s do this,” Mr. Johnson said.

Two days later we were in the operating room, where I would assist Mike. As the anesthetizing medications were administered, Mr. Johnson’s blood pressure dropped dangerously. The anesthesia team quickly gave him epinephrine to bring it back up. “Not much blood getting into that left side,” the anesthesiologist said as he looked at the monitor. “That’s why his pressure dropped. Good thing you didn’t wait too much longer.”

We divided Johnson’s sternum and placed retractors to open up the chest. We then cut into the pericardium, the outer sac protecting the heart, and inserted tubing into the large vessels entering and leaving the heart to allow blood to bypass the organ.

“Go on bypass,” Mike said, loudly enough for the technicians managing the pump behind us to hear. The heart began to empty of blood.

We put a cold saline slush around the organ to help put it into a kind of suspended animation. Then Mike and I went to work, using surgical scissors and scalpels to sever the vessels entering and leaving the heart. Once the large vessels and other attachments were cut, Mike lifted the organ out of the body.

I looked into Mr. Johnson’s open chest as Mike placed this cold, now flaccid heart on an operating table a few feet away. Where his heart should have been was a void with tubes leaving it from the margins.

The only other time a doctor has this view is during a heart transplant, after the removal of the diseased organ and immediately before placing a donor heart into the recipient’s chest. The difference in this situation, however, was critical. During a transplant, we never take out the diseased heart until we have the new one in the room. In this case, there was no new heart and a chance we wouldn’t be able to fix the one we had taken out.

Mike and I worked quickly at the table, using our scalpels to remove the tumor.

“It’s bigger than it looked in the images,” Mike said, “but I think we got all of it.”

We placed the tumor and the portion of the fleshy heart wall that we removed in a small plastic bucket to transfer to a pathologist. He would check the tissue to make sure that we had removed the entire mass.

A few moments later, the pathologist called into the room. “There is some microscopic tumor at the margin,” he said.

Mike stared down at the opening in the back of the heart where the tumor had been.

“If we take any more,” he said, “we may not be able to reconstruct it.”

“We can try chemotherapy,” I replied. “It has a better chance of working with microscopic disease. Better to have a chance than not to leave the O.R.”

“I agree,” he said. “We don’t have much time. We need to get this organ back in there.”

He sewed a piece of bovine pericardium—the heart sac from a cow—into the opening left by the removed tumor. We then carried the heart back over to the patient and placed it in the void.

We sewed the large vessels back together and allowed the heart to gradually warm. We knew that a healthy organ will often start to beat once it is warmed, even without a blood supply reestablished.

We continued to work, completing the suture lines. Blood began to flow back into the coronary vessels.

“No action here,” the anesthesiologist said, watching the electrocardiogram.

Mike inserted a small needle into the muscle to measure the temperature. “Should be working; the temp is good,” he said.

Then we noticed a quiver near the apex of the heart, followed by another, and then the heart sprang back to life, beating vigorously. We removed the tubes and closed Mr. Johnson’s sternum.

Our patient made a good recovery and was discharged from the hospital several days later. After a regimen of chemotherapy to treat the microscopic tumor left on the heart, he had a good chance of complete remission and possibly even a cure.

W. Roy Smythe is chairman of surgery for the Texas A&M Health Science Center College of Medicine. The cases described in Vital Signs are real, but names and certain details have been changed.