Does a patient with a swollen upper lip suffer from allergies, or is the symptom a clue to a much rarer condition? 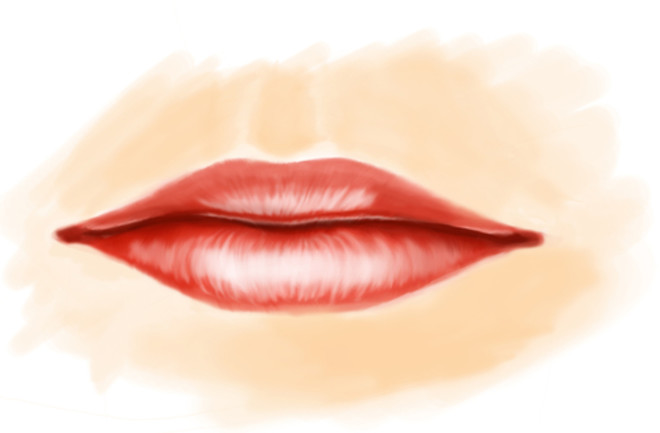 Shirley W. was a patient I had often seen for minor complaints and skin checks. But after a call for an urgent appointment, she was now sitting on my exam table with a problem she had never had before. “Dr. Norman,” she asked worriedly, “What the heck is going on with me?”

It was obvious why she was so concerned. Shirley’s upper lip was grossly swollen, puffed up to almost three times the size of her lower lip. My 38-year-old patient otherwise looked healthy, with clear blue eyes and light blond hair pulled back into a designer clip. She was a sales and marketing manager, and though she’d had the swelling for only two days, she was afraid her distorted lip would make it hard to meet with clients.

I could sympathize. The swelling was disturbing even to me. In my career as a dermatologist, I’d had only a handful of patients with lips swollen to this size.

As I looked at her, the common diagnoses for a swollen lip flashed through my mind: Hives, infected salivary glands, food allergies, trauma, and irritation from certain cosmetics or chemicals can all cause severe swelling of the lips.

Shirley told me she hadn’t banged into anything or applied anything new to her lips, so that ruled out trauma and chemical irritation. She also said she had no history of food allergies.

In examining her I found that her tongue and gums were normal, which seemed to rule out an infection of the salivary glands, since it typically involves swelling throughout the mouth. I also couldn’t detect any facial paralysis that would indicate Bell’s palsy, an inflammation of the facial nerve that sometimes first presents as a swollen lip. “Have you had any other symptoms?” I asked, hunting for more clues.

“A few times over the years, parts of me have swelled up, like my hands,” she said. “But I just thought it was hives. My belly hurts. But that has been going on for years. I went to a gi specialist and he didn’t find anything wrong. But this lip swelling is new.”

I could not immediately see a link between the belly pain and her swollen lip. Often patients provide a cascade of extraneous information, hoping that a doctor will make a connection between unrelated facts. So I ignored the belly pain and focused on the possibility that Shirley might be suffering from a severe case of hives, or urticaria, which affects up to 25 percent of the population.

Hives are raised bumps on the skin that can be caused by allergic reactions to a number of triggers, including drugs, foods, insect stings, and infections. The reactions lead to the release into the bloodstream of chemicals known as histamines, which in turn produce skin swelling. The bumps can be single welts or can combine to form larger patches of raised skin. A related condition, angioedema, involves swelling in deeper layers of the skin.

The most common complaint of people with hives is severe itching that can make work difficult and cause sleeping problems. More seriously, urticaria in the airways can complicate breathing. Although most cases go away within several hours, the problem can recur off and on for as long as six weeks.

Some patients suffer from chronic and repeated episodes of urticaria, which account for approximately 30 percent of hives cases. Although it can be difficult to tell the difference between an occasional and a chronic attack of hives, chronic hives’ lesions usually last longer, and recurrences can go on for more than six weeks. People suffering from chronic urticaria often experience an increase in thyroid autoantibodies, a condition in which the thyroid cells are attacked by the body’s own immune system, resulting in damage to the thyroid gland and persistent inflammation.

Since Shirley had complained of previous swelling in her hands, and since her lip had been swollen for two days already, I had a hunch she was suffering from chronic urticaria. I gave her a prescription for a strong antihistamine, which suppresses histamines and reduces swelling, and scheduled a follow up appointment for the next week.

But when Shirley came back to my office, her lip was still swollen. Puzzled that the antihistamine hadn’t taken care of it, I ordered a series of tests. Over the next week the results of her laboratory evaluation, including a routine blood chemistry profile and thyroid tests to check for autoantibodies, came back normal. I also sent her to an allergist for patch tests, in which the doctor places rows of various chemical patches on the back to determine if any specific substance elicits allergic inflammation of the skin. The results were all negative.

Adding to the diagnostic confusion was the mercurial nature of Shirley’s disease. When I saw her again about three weeks after the problem first started, her lip had almost returned to normal, but now her left eye was grossly swollen. “My eye is itchy and it keeps watering,” she told me. “I can’t do my job properly, and I really need to know what’s going on with me.” She also told me that her belly was still troubling her.

Sometimes the best way to make a difficult diagnosis is to revisit a patient’s history, and I was beginning to suspect that Shirley’s belly pain might not just be an outlier. I asked her to tell me more about it.

“My mother told me that when I was younger, I used to swell up a lot,” she said. “The pediatrician told my mother it was from stress. One time my belly got so swollen, she took me to the emergency room because they thought I had appendicitis, but it was a false alarm. I don’t get sick as much as I did when I was younger, but it still occasionally hurts.”

I paused and took stock of the situation. Here is what I had so far with Shirley: chronic abdominal pain, swelling of the face, no history of food allergies, and normal patch and lab tests. Revisiting Shirley’s symptoms, I suddenly found myself thinking of a lecture I had attended years earlier about a rare and potentially life-threatening genetic condition called hereditary angioedema (HAE). The disease involves swelling of the tissue in various body parts including the face and hands as well as the intestinal wall, which can elicit excruciating abdominal pain along with nausea and vomiting. During acute attacks of intestinal angioedema, an ultrasound or ct scan can help confirm the diagnosis. But because the disease is so uncommon, occurring in only about 1 in 50,000 people, patients can remain undiagnosed for many years.

Hereditary angioedema poses the most serious problem when it attacks the throat and the airway, where it can lead to death by asphyxiation. Before therapy became available, the mortality rate for airway obstruction from HAE was reportedly as high as 30 percent. In certain cases of HAE, the pain imitates a surgical emergency, prompting some doctors to order unnecessary exploratory surgery.

The disease is caused by a genetic defect that results in the production of inadequate or nonfunctioning copies of a blood protein called C1-inhibitor, which normally helps to regulate the complex biochemical interactions involved in disease fighting and blood coagulation. When C1-inhibitor does not function properly, it can result in a biochemical imbalance that induces capillaries to release fluids into surrounding tissue, causing swelling.

As its name implies, HAE is hereditary, and a child has a 50 percent chance of inheriting the disease if one parent has it. When I discussed the diagnosis with Shirley, she said she remembered family members who had frequently complained of hives, and now she wondered if they had in fact been suffering from HAE.

I ordered another series of tests, including one known as a C1-inhibitor deficiency test, which clinches the diagnosis of HAE. Within two weeks I had what I needed. All of her lab results pointed to HAE.

Once I confirmed the diagnosis, a range of treatments opened up. The FDA recently approved medications that contain healthy C1-inhibitor proteins and prevent HAE attacks. Before those new drugs became available, HAE patients were prescribed anabolic steroids, which help with the symptoms but have severe side effects. Over time, Shirley had a great response to the new medications. Both the swelling of her face and the belly pain disappeared and she returned to normal. She could now do her sales and marketing work without worrying about her appearance.

In researching the disease, I found that because people with HAE often complain of abdominal pain with no obvious cause, their doctors sometimes diagnose their symptoms as psychosomatic and suggest a psychiatric consult. Shirley’s case reminded me again of how critical it is to pay attention to all the symptoms that patients list—even those that don’t fit an easy diagnosis.

Robert A. Norman is a dermatologist based in Tampa, Florida. The cases described in Vital Signs are real, but names and certain details have been changed.