A tropical vacation goes south when a tourist catches something horrible from the catch of the day. But what exactly is it? 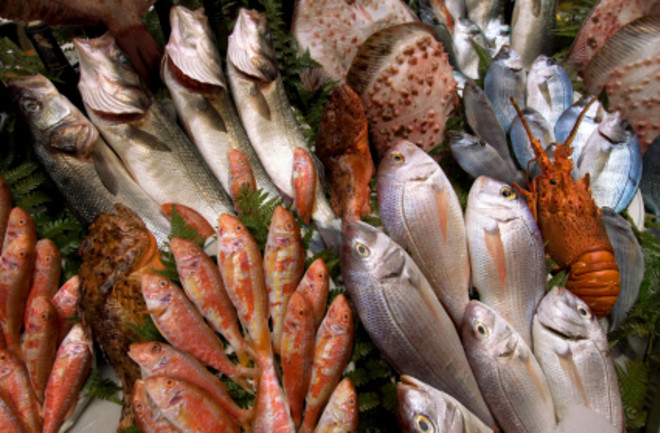 Ronnie Martin, the hardworking creator of a popular TV sitcom, loved her tropical getaways. By all rights, her seventh visit to Bora-Bora should have been a breeze. Lucky seven, right? Then came her unlucky visit to the Rainbow Reef bar. Along with her afternoon Bloody Mary, she sampled a raw fish ceviche. Her husband Tom did not. It was a snack she would always remember with regret.

A few hours later, Ronnie lay moaning on the floor of her beachfront suite, desperately ill. The pain in her lower abdomen felt like a thousand stabbing knives. She had also vomited several times. Tingling, trembling, and unable to stand, she had just one thought: Need help—fast!

Soon, with Tom propping her up, she entered the only hospital within miles, a crowded sick bay far more rustic than what either of them had pictured when directed there by the hotel concierge. After receiving a liter of intravenous fluid, an unknown injection, and a working diagnosis of “kidney stone,” Ronnie had had enough. “Kidney stone, my a**!” she said to herself. She ripped the IV from her arm, got up, and staggered to a waiting taxi. Somehow she survived the ride back to the hotel and her flight home to Los Angeles the next day.

But her misery didn’t end there. Over the next several months, Ronnie suffered ongoing abdominal pain, recurrent bouts of diarrhea, numbing fatigue, and an inflamed nerve in her arm. She also dropped 15 pounds, reaching a weight she had not seen since joining the Martha Graham Dance Company in her twenties.

Throughout her mystery illness, one question never left her mind: What the heck was in that ceviche?

I’m a tropical medicine specialist. When I received Ronnie’s SOS call three months after her trip, she was still profoundly fatigued. Instead of her usual 12-hour workdays, she spent what little energy she had visiting medical specialists. Ronnie found me after her gastroenterologist hazarded a guess that an exotic fishborne parasite had triggered her blight. Before long Ronnie had me on the phone.

Within minutes I had heard enough tantalizing clues—South Pacific, seafood, and strange, sporadic symptoms—to reach my own conclusion. What had hit Ronnie like a ton of bricks was not a parasite but a toxin. But could I prove it?

Many of us have heard of tropical fish poisoning, yet few people —medical folks included—know much about it. Adding to the confusion is the fact that the term covers a host of ills. These include scombroid poisoning, a syndrome resulting from the overgrowth of normal bacteria in warm or improperly refrigerated fish that has begun to spoil. The bacteria convert histidine into histamine, which triggers allergic reactions such as hives, asthma, diarrhea, and plummeting blood pressure. There is also poisoning by tetrodotoxin, a nerve poison 100 times more potent than curare and strychnine. Although several varieties of fish can harbor tetrodotoxin in their liver and other organs, the most notorious source of the sodium channel–blocking toxin is the Japanese delicacy fugu (also called blowfish or puffer fish). In Japan this fish can be prepared and served only by government-licensed cooks who have completed a stringent food-safety course. Puffer fish are themselves impervious to tetrodotoxin because of a point mutation in their sodium channel receptors.

Shellfish containing stowaway dinoflagellates—a diverse group of plankton—are another cause of sickness or occasionally death by seafood. Saxitoxin, the most fearsome dinoflagellate by-product, is similar to tetrodotoxin. A single mussel or handful of clams containing less than 5 milligrams of the compound can be lethal. The usual cause of death is paralysis and respiratory failure.

In addition to noxious toxins, fish can also harbor worms; just ask any sushi chef. Sushi restaurants typically avoid fish cuts and species prone to worms, but if something wriggles in raw fish flesh, sushi chefs are trained to spot it and remove it. The most common culprits they see in marine fish are anisakid roundworm larvae. If consumed by humans, these tiny creatures often burrow into the stomach or small intestine of their victims, causing excruciating pain that is alleviated only by meticulous extraction of the larvae via a fiber-optic endoscope. Worms carried by freshwater fish may infect humans as well. These include leaflike flukes and the giant fish tapeworm Diphyllobothrium latum, which when fully grown can measure an unnerving 3 to 12 meters (about 10 to 40 feet) in the human intestinal tract.

Back to Ronnie Martin. Call it gut instinct, but even before meeting her and reviewing her lengthy medical record, I knew that a simple worm was not to blame for her lightning-quick illness and lingering multisystem distress. Since she had eaten seviche as opposed to shellfish or fugu, I also knew she had not fallen prey to one of the rarest and deadliest of seafood toxins, such as tetrodotoxin or saxitoxin. By a process of elimination, I decided that the likely cause of her illness was the tasteless, odorless, highly stable ciguatera fish toxin.

Ciguatera was named, according to historical lore, by a 19th-century Englishman who became violently ill after dining on barracuda from Cuba. (Ciguatera, a Spanish reworking of the English “seawater,” was the word he used when implicating the fish.) It is present in the muscles and organs of more than 400 species of tropical reef–dwelling fish, especially those at the top of the food chain, such as grouper, red snapper, amberjack, and barracuda. Once again a unicellular microalga—in this case, Gambierdiscus toxicus—previously ingested by the fish is the ultimate source of the injurious toxin.

Within two to six hours of eating a ciguatoxin-tainted fish, most people develop a host of intestinal and neurological symptoms ranging from nausea, vomiting, diarrhea, and abdominal pain to shortness of breath, profuse sweating, staggering gait, vertigo, blurred vision, and abnormal sensations in the hands and feet. In some patients the symptoms disappear after 24 hours. In others they last for months.

Cases like Ronnie’s are far from rare. Experts in foodborne diseases know that ciguatera fish toxin is widely distributed throughout the South Pacific, the Caribbean, and other warm tropical waters. In fact, ciguatera is thought to be the most common form of seafood poisoning in the world, causing up to a million cases a year. But what is familiar to toxicologists is less well-known to medical practition­ers. The challenge to clinicians, therefore, is to connect the dots in a given patient and reach the diagnosis on the basis of clinical and circumstantial evidence. Chemical assays are available to detect ciguatoxin in fish, but few if any doctors and nurses—especially in poor small towns—have access to such tests. Moreover, there are no specific tests to confirm the condition in humans.

In the end, Ronnie accepted my diagnosis. She was not happy to learn there is no “magic bullet” for ciguatera—I and other doctors would simply have to nurse her through her lingering symptoms—but she took comfort in knowing that the toxin would not cause permanent harm. Sure enough, over time she bounced back.

Today, despite the many healthful benefits of seafood, does Ronnie still eat fish? Not on your life. Cholesterol be damned; she’d rather take her chances with a steak.

Claire Panosian Dunavan is an infectious diseases specialist at UCLA Medical Center and past president of the American Society of Tropical Medicine and Hygiene. The cases in Vital Signs are real, but names and certain details have been changed.