The young woman carried a baby that wasn't her own—and wasn't even a human. 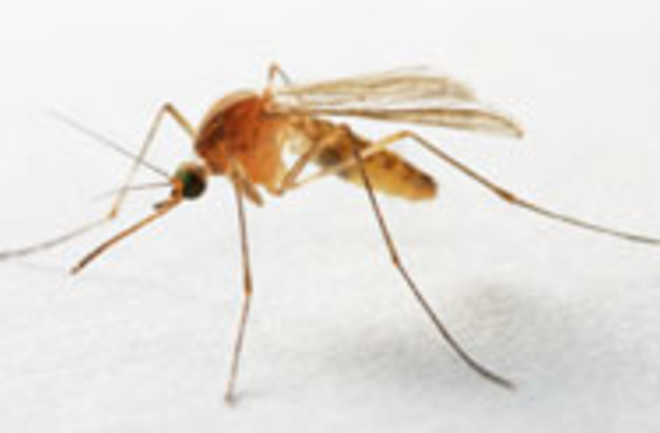 It was another hectic day for our Los Angeles hospital’s infectious diseases service, and the pages were coming in droves. As a result, my team—a senior doctor in training (the “fellow”), two residents, an intern, and a medical student—had fanned out to different floors of our sprawling university center. One of us would evaluate patients with pathogenic bacteria in their blood, one would weigh patients’ requests for prescription antibiotics, and the others were planning to review X-rays and scans belonging to the afternoon’s latest arrivals: a man with a post-op fever, a woman with a suspected brain abscess, and a transplant patient with a worsening brassy cough.

After these tasks were done, we would regroup and begin checking another dozen sufferers in the hospital’s various ICUs and wards. It was going to be a long, intense day.

But for the moment, I had a little window of time. Ahhh, I thought as I sat back in an office littered with journals and empty coffee cups, I can finally answer some voice mail. Just then, my beeper trilled its familiar tune. Punching a button, I squinted and read: “Can u come to ER? Amazon backpacker claims something alive in arm.” Well, I thought, what’s the point of doing an infectious diseases rotation without seeing one of these? I quickly dialed the fellow in my group.

“Lee, we have more business. Can you drop what you’re doing, gather the troops, and talk to this person in the ER?” I asked. “It’ll be quick, I promise. I’ll join you there in 10 minutes.” He grunted his assent.

Soon my team was huddled in the subterranean domain that is our hospital’s Emergency Department—a windowless, crowded hub in which the desperately ill lie cheek by jowl with less urgent cases who have nowhere else to turn.

Our new patient fell in the latter category, but with a couple of twists. A college student from Sweden, Inga was midway through a “gap year” of international travel with her boyfriend. The two had already trekked through Africa. Then it was on to South America, where, just six weeks earlier, they had hiked in a remote section of the Peruvian Amazon. After that they headed north, finally reaching Los Angeles to crash on a spare futon belonging to some friends.

“Umm, it seems they didn’t have much access to showers before arriving here,” the fellow murmured as the rest of my team strained to hear his words over the surrounding din. “Down in the jungle she had a lot of insect bites that turned into bumps and sores. Most have since healed, but the one on the back of her upper left arm is still bulging and red, about 2 centimeters [roughly an inch] in diameter, with some gooey stuff at the top.”

“Okay,” I said, mildly disappointed. The lesion sounded like a standard boil. Maybe it hadn’t been such a good idea to haul the entire team down here after all.

“So what was all that about the sci-fi parasite in the arm?” I asked, remembering the page.

“You forgot to mention the ayahuasca,” the resident chimed in.

“Oh, yeah,” the fellow continued. “There’s one more piece of history that might be relevant. Inga and her boyfriend tried a local hallucinogen in Peru. Only once, mind you. But she happened to mention it when she arrived. The ER docs think she may be suffering a late delusional effect. On the other hand, she’s convinced that something in her arm is trying to get out. That’s why they paged you. She refused to leave without seeing a tropical medicine specialist.”

I opened the drapes and introduced myself to Inga, then pulled a flashlight from my pocket. The tanned girl in tank top and jeans held a finger to her lips. “Just wait,” she cautioned in perfect, low-toned English. “Sometimes he takes a while to wake up.”

With the team standing by, I steadied the flashlight’s beam on the angry dome of flesh on her upper arm, illuminating a wet, membranous pore at its apex. Nothing happened. Sixty seconds later, I was ready to call it quits and go on to my next case. Then all of a sudden, the light bouncing off the membrane began to wobble and dance. Something deep in the hole was moving.

“You saw it, right?” Inga asked me anxiously. “Now you know I’m not crazy! Is it what I think—a creepy fly larva? Can you get it out?”

It was my turn to hold up a finger while privately admiring, once again, the sophistication of certain overseas travelers. “Forgive me, but I can see you already know what you have. I just need to tell them, okay?” I said, motioning to the team. I turned back to the fellow and—in the interest of time—issued a short directive. “Lee, can you take everyone to the computer and find an article on Dermatobia hominis? This patient has a healthy baby botfly in her arm. Once you see that membrane jiggle, the diagnosis is pretty clear. I see one or two in my outpatient clinic every year.”

“Eeew,” I heard the medical student say under his breath.

Dermatobium—one of several flies whose offspring mature in living flesh—is the product of a gruesomely beautiful dance of nature. Some weeks ago a yellow-faced female botfly stalked a mosquito. With sudden, acrobatic grace, she snagged it midair, pinned its wings with her legs, and glued her precious cargo to its belly. Guided by ancient instinct, she had now done all she could to ensure the future of her unborn young. After the botfly flew off, the mosquito, too, darted away, searching for blood to nurture her own eggs. Inga had the bad fortune to be the source of that next meal.

Returning to my patient, I said, “It’s really amazing when you think about it. A South American botfly laid eggs on a mosquito, the mosquito bit you, one of the eggs hatched, a larva wriggled into your skin, and the rest is history. After six weeks, the maggot is pretty big, so now it wants out. Kind of poignant, in a way.”

“I knew it!” Inga exclaimed. “Another backpacker in the Amazon told me all about this. I should have smeared Vaseline over the blowhole and smothered the f****r, right? I just couldn’t reach the spot, and my boyfriend was afraid he would hurt me if he tried to force it out.”

She was right, up to a point. “That Vaseline trick works great during the first few weeks of larval development,“ I answered ruefully, “but by now your invader is nearly full-grown and anchored with spines. With a small surgical incision we can still remove it in one piece. The hole will heal up in no time. You won’t even need an antibiotic, just a tetanus booster to be on the safe side.” Botflies are not known to carry any diseases, and in fact they would most likely die if the wound they caused became infected.

A short while later, a dermatology resident stopped by and successfully performed the procedure. Inga ended up with a neatly bandaged arm and a parting gift: a vial of formalin (liquid formaldehyde) containing a brown, fleshy creature roughly the size of my little finger­nail, with tiny bristles and a primitive head. It didn’t take much imagination to see that the larva was well on its way to becoming an adult fly that would measure about a half-inch long.

As Inga left, she held her prize high, flashed a wide, triumphant smile, and waved good-bye. I returned to the medical ward marveling at nature’s ingenuity and grateful that one of our many patients, at least, was able to walk out of the hospital that day.

Claire Panosian Dunavan is an infectious diseases specialist at UCLA Medical Center and past president of the American Society of Tropical Medicine and Hygiene. The cases in Vital Signs are real, but names and certain details have been changed.