Vital Signs: A Storm Inside

ER doctors cannot explain a young  woman’s sudden confusion and pain. What are they missing? 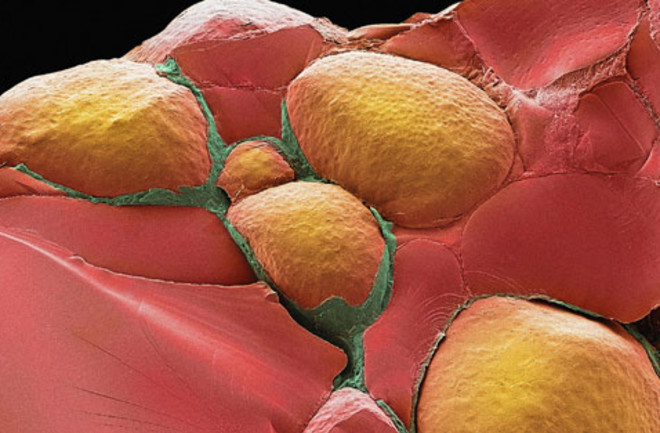 The mother’s gaze was as piercing as a hawk’s. “My daughter has never been like this,” she told me evenly. “This is not her.” I glanced at the nurse’s ER triage note: “Rita Suarez, 26-year-old, insulin-dependent diabetic, confused since this morning.”

Forewarned, I turned to the thin, pale woman on the stretcher who squirmed like an overtired child. “I feel so bad,” she mumbled.

My patient moaned and curled into a ball. Was she just being difficult? Sometimes patients treat questions as impositions, their attitude being, “You’re the doctor. You figure it out.”

The mother must have sensed my skepticism: “She woke up like this.”

“Was she ok last night?” I inquired neutrally.

“Fine,” the mother replied. “No fevers, no headache, sugars were fine. Her normal self.”

Ms. Suarez had been an insulin-dependent diabetic since childhood. She still lived with her mother, who by all indications took very good care of her.

My initial guess—hope, really—was that she was suffering from low blood sugar. But the nurses beat me to it: Her finger-stick glucose was normal. Still, I told myself, this must be a complication of the diabetes. Maybe her brain was reeling from too many sugar highs and lows.

“Has her sugar varied much lately?” I asked. “Any episodes of coma or confusion this past week?”

Mom thought for a moment. “One time, years ago, she fell into a hypoglycemic coma, but nothing since. Her glucose has been steady.”

“Please forgive my asking: Any drugs? Any chance of alcohol?”

The mother answered, evenly again, “I understand. No.”

Trying to be gentle, I pulled back the sheet and took a stab at listening to Ms. Suarez’s lungs and heart; she did her best to avoid me. Awkwardly I held her head and bent it toward her chest to check for neck stiffness. This can be a sign of meningitis, an often lethal infection of the lining of the brain and spinal cord that can cause mental confusion.

“Leave me alone,” she muttered, pushing away.

My malingering radar lit up. If you’re coherent enough to say you feel bad, then you should be able to cooperate with a physical exam. Was she giving me the runaround?

The mother caught my skeptical look. The hawk eyes came back. “Something’s wrong,” she intoned.

With no clues from the physical exam, the patient’s history could be summed up in one word, confusion. If her brain was malfunctioning, she needed an immediate CAT scan of the head to rule out a life-threatening brain bleed and a spinal tap to test for meningitis.

With a small dose of sedative, she held still for the CAT scan. Normal. But she bucked and twisted too much for the spinal needle. Worried now (woe betide the ER doc who delays treating meningitis—every hour’s delay in giving antibiotics increases mortality), I called Dr. Resor, the neurologist on duty, who arrived 10 minutes later to examine the patient herself.

Dr. Resor was able to get the tap, but it was normal: The cerebrospinal fluid showed no evidence of infection. We exchanged baffled looks.

I went back to the mother empty-handed, and as if on cue, her daughter moaned again, “I feel so bad. So bad.”

Ms. Suarez’s mother read my worried look and compressed her lips. Suddenly I had no doubt: Something was very wrong, something we were still missing. There had to be a doctor in the hospital who could figure this out.

“We’ll move her to the intensive care unit and run more tests,” I explained. “They’ll watch her very carefully.”

The ICU resident, Dr. Martinez, was an old acquaintance, so I got right to the point. “Twenty-six-year-old. Type 1 diabetic. Altered mental status since this morning. Workup normal so far. I have no idea what’s wrong with her.”

Dr. Martinez smiled. “Let’s take a look.” After a brief exam, she turned to me. “Except for the heart rate’s being up, she doesn’t look too bad. I don’t think she needs to go to the ICU.”

I waited a beat, then tried to channel the mother’s raptor look. “She’s sick. She needs to be in the unit,” I said slowly. “The whole case needs rethinking.”

A few hours later I walked by the ICU to check on Ms. Suarez. Her mother sat in a far corner of the room. Monitors beeped. The heart tracing sped across the screen, clocking 120 beats per minute.

Dr. Martinez glided over. “Her heart rate won’t go down,” she said, worried. At that moment, the intern came charging in. “Her thyroid levels are way high,” he panted.

Resisting the urge to slap my forehead, I shuffled over to the mother. “I think we have an answer.”

Dr. Martinez had the same flash of understanding. “This is what we call thyroid storm,” she said. “We have work to do.”

The thyroid gland is the body’s gas pedal. Get too much of its hormone, a condition known as hyperthyroidism, and your metabolism revs up: You burn body mass, shake uncontrollably, and cannot tolerate heat. If the gland produces too little, all systems grind into low gear: You pack on the pounds, can barely get out of bed, and feel perpetually chilled.

Straddling the windpipe below the Adam’s apple, the gland got its name from the Greek word for “shield-shaped.” The thyroid is prey to myriad attacks, from autoimmune antibodies that can destroy it or stimulate it and from bacteria and viruses that can infect it. Thyroid disease is so common, and its symptoms so protean, that in Bellevue Hospital 20 years ago, we checked thyroid levels on all admitted patients.

Simpler, cheaper procedures have moved thyroid testing out of the hospital and into the doctor’s office, but thyroid disease still afflicts millions of Americans—many for months before they are accurately diagnosed.

Garden-variety hyperthyroidism causes symptoms that are unpleasant but hardly lethal: tremors, a fast heartbeat, weight loss, heat intolerance, and vomiting. Thyroid storm, usually marked by all the signs of high thyroid plus confusion or delirium, is a different and very rare beast. Hyperthyroidism affects about 1 percent of the population, and only 1 percent of those ever suffer thyroid storm. During 25 years of practice, I’d seen only one prior case, and that patient not only had a history of hyperthyroidism but came in with a high fever and high blood pressure—symptoms Ms. Suarez didn’t show.

Left untreated, thyroid storm precipitates convulsions and heart failure. It is deadly in 20 to 30 percent of cases and so requires aggressive, immediate control.

To treat Ms. Suarez, the ICU team set to work on every organ and cell that stores, releases, or is acted upon by the thyroid hormone. They administered beta-blockers to dampen the hormone’s effect on the heart, drugs called thionamides that block hormone synthesis at the gland, and steroids to block conversion of one type of thyroid hormone, T4, into the more potent T3. It was like stopping a runaway stagecoach at once by reining in the horses, braking the wheels, and padding the trail with straw.

With intensive monitoring and medication adjustments, the ICUteam safely slowed Ms. Suarez’s system down. Four days later she was back to herself.

Oddly, thyroid storm is not just a function of too much of the hormone. Usually some other stressor—like infection, surgery, or childbirth—tips someone over, but none of these applied to Ms. Suarez. Even more puzzling, she had never had thyroid problems before.

Batteries of tests failed to uncover a trigger for her thyroid storm, but there was good news. Ms. Suarez could avoid future episodes by having the gland removed surgically and replacing the hormone with a once-a-day pill.

Relieved at the outcome, I tried to convince (and console) myself that good clinical judgment doesn’t mean always knowing the answer; sometimes, it just means knowing when to call for help.

Tony Dajer is chairman of emergency medicine at New York Downtown Hospital in Manhattan. The cases described in Vital Signs are real, but names and certain details have been changed.